In another sign of normalcy back in the White House, President Joe Biden and First Lady Jill Biden have released their joint 2021 tax records. It’s the second straight year the White House has released the First Couple’s tax returns, firmly re-establishing the tradition of presidents making their filings public after Donald Trump repeatedly refused to do so.

The President and Dr. Biden earned $610,702 during their first year in the White House, a marked drop from 2019, when they earned nearly $1 million, primarily from book sales, speeches, and their respective teaching positions at the University of Pennsylvania and Northern Virginia Community College. The Bidens paid $150,439 in federal income taxes, a tax rate of 24.6% for 2021, well over the average of around 14% for all Americans. 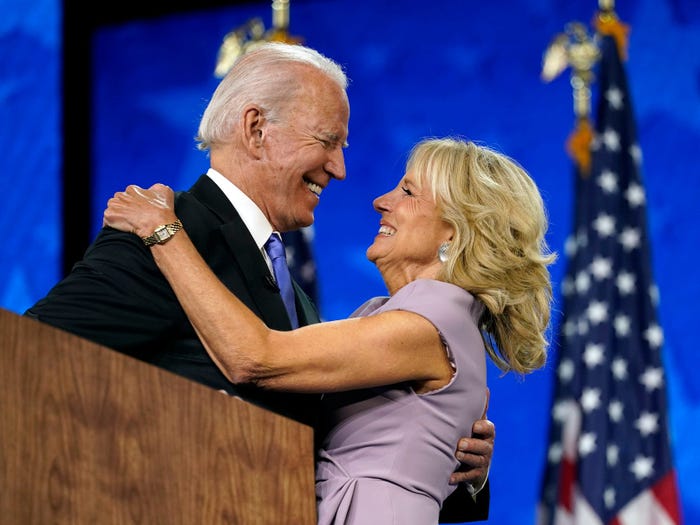 The tax returns show Joe Biden earning $378,333 as President (that’s his $400,000 annual salary minus the time before noon on Inauguration Day on Jan. 20, 2021) and Dr. Biden receiving $67,116 for her teaching. The Bidens also released their 2021 Delaware income tax return and reported paying $30,765 in state income tax there. The First Lady, who still teaches in Virginia, released a state return showing she paid $2,721 in Virginia state income tax.

Biden: I have released 23 years of my tax returns. Why hasn’t he released one of his? What in the hell is he hiding? pic.twitter.com/OCCsYE9Lmr

The philanthropic First Couple also gave $17,394 to 10 different charities in 2021. The largest gift was $5,000 to the Beau Biden Foundation, a nonprofit that works to combat child abuse named for their son, Beau, who died of brain cancer in 2015 at age 46.

Racist birther trash Melania and her disgusting husband never once did that because criminals.

President Biden and Dr. Jill Biden released their 2021 tax returns today. FLOTUS made $67K for her year teaching at community college. They’ve now released 24 years of taxes. Both parties are not the same. #BidenIntegrity pic.twitter.com/4EI1ImMOTF