Georgia State Rep. Park Cannon was arrested by police on Thursday as she knocked on Governor Brian Kemp’s door, interrupting his live-streamed announcement that he had signed an elections bill into law. Cannon was with several other protesters when she knocked on Kemp’s office door, saying the public should be allowed to witness the announcement of the bill signing. The sweeping legislation requires ID for absentee ballots, limits drop boxes, and changes early voting hours.

The officers forcibly removed Cannon, a Democrat from Atlanta who is a Black woman, dragging her through the Georgia State Capitol and pushing her into a police car. 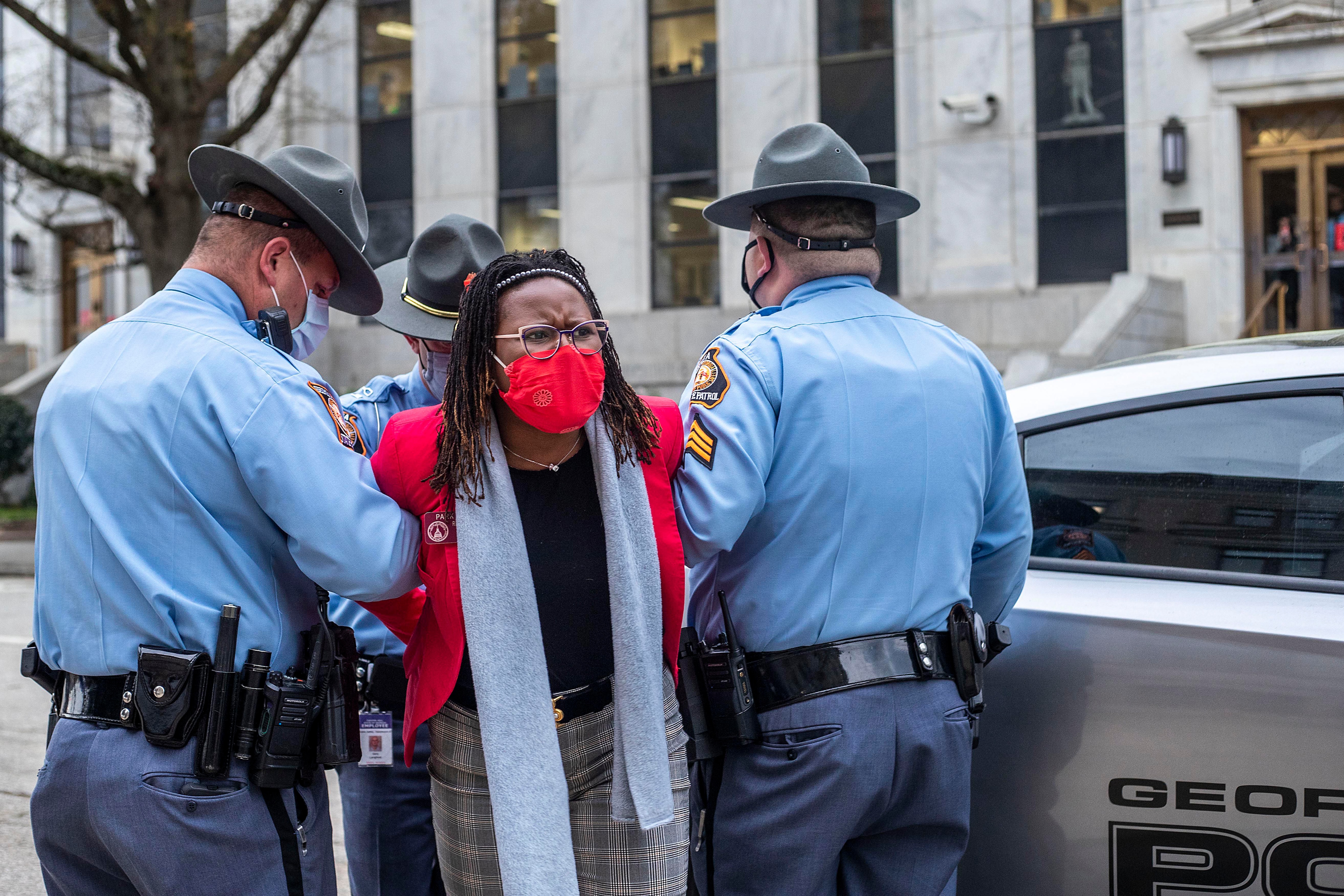 A woman who was with Cannon, said she wasn’t being disrespectful or causing a disturbance. “She knew he was signing a bill that would affect all Georgians — why would he hide behind closed doors? This isn’t a monarchy,” Tamara Stevens said. “You have a woman of color fighting for the rights of Georgians and they arrested her for knocking on the door because she wanted to witness our governor sign the bill.”

Cannon’s arrest was captured on a Facebook video that quickly went viral.

“Why are you arresting her?” This Facebook Live video from @TWareStevens shows the moment authorities detained state Rep. Park Cannon as @GovKemp was behind those doors signing elections restrictions into law. #gapol pic.twitter.com/U1xMJ6tZrY

Cannon is known for her passion when it comes to her state’s voting rights. Earlier this legislative session, Cannon was involved in a separate confrontation with a Capitol police officer during a protest over elections bills. Cannon positioned herself in front of an officer’s bullhorn, and then another officer took hold of her arm to move her away. The conflict led to a sit-in by Cannon and fellow Democrats on the stairs of the state Capitol.

State Rep. Erica Thomas, a Democrat from Mableton, said Cannon didn’t do anything illegal. ”She was doing her job as an elected official,” Thomas said. “She was asking where the governor was and where the bill was being signed.”

Attorney Gerald Griggs, who posted his own video of Cannon being forcibly dragged out of the building, said in an interview from the Fulton County Jail that he planned to represent her.

“I’m concerned that this happened,” he said. “I’ll fight to get her released.”