When Betsy Johnson, the former Democrat now (unofficially) running as an independent for Oregon’s Governor, made a surprise appearance at TEDxPortland over Memorial Day Weekend, she may have violated campaign finance laws.

Just days after the massacre of 19 children and two teachers in Uvalde, Texas, Johnson used her appearance to push National Rifle Association talking points on gun control, which angered some in the crowd to the point of heckling. Other attendees objected to TEDx providing an audience of thousands to one of three candidates for Governor, in possible violation of the federal tax code that prohibits 501(c)(3) nonprofits such as TEDx from supporting candidates. 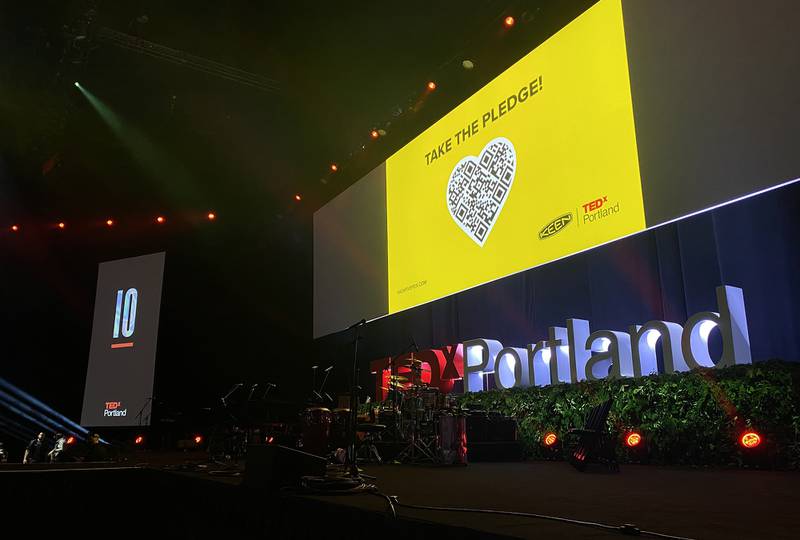 The Oregon Department of Justice told indie newspaper Willamette Week on Wednesday that it had received seven complaints about Johnson’s appearance. One such complaint which was reviewed by WW read, “TEDxPortland violated IRS code by including Betsy Johnson, who is running for Governor, as a surprise guest,” wrote the complainant, Howard Bales of Portland. “This is an egregious abuse of their non-profit status. The harm done to the election process is significant. Please investigate this intentional breach of the code.”

#TEDxPDX brought Betsy Johnson as a surprise guest onstage because “she’s an independent candidate and we’re an independent organization” which is weird way to introduce someone who’s made transphobic, pro-gun, and pro-timber unity comments.

TEDx issued a statement apologizing for giving Johnson a platform, defensively calling her a “potential candidate.” Johnson, who announced her candidacy last October, has not yet turned in the signatures required for the Oregon Secretary of State’s elections division to make her candidacy official, although she has raised at least $8 million while “unofficially” campaigning.

That one time #TedxPortland realized they may lose their tax exemption status and Betsy’s chances of winning goes down in a giant ball of flames, all in one botched appearance. 🔥 #orpol pic.twitter.com/XjojFCVxHe

“Having a potential political candidate for public office on our stage this morning was not the right decision,” TEDx said in a statement on May 28th. “We apologize for the error in judgment and the distraction this moment created.” DOJ spokeswoman Kristina Edmunson told Willamette Week that her agency would forward the complaints to the IRS.