The US Senate has unanimously passed a bill to make Daylight Saving Time permanent across the nation.

The Sunshine Protection Act still has to face a vote in the House, but if it’s eventually passed that would mean an end to changing the clocks twice a year, as well as a potential end to depressing early afternoon darkness during winter. 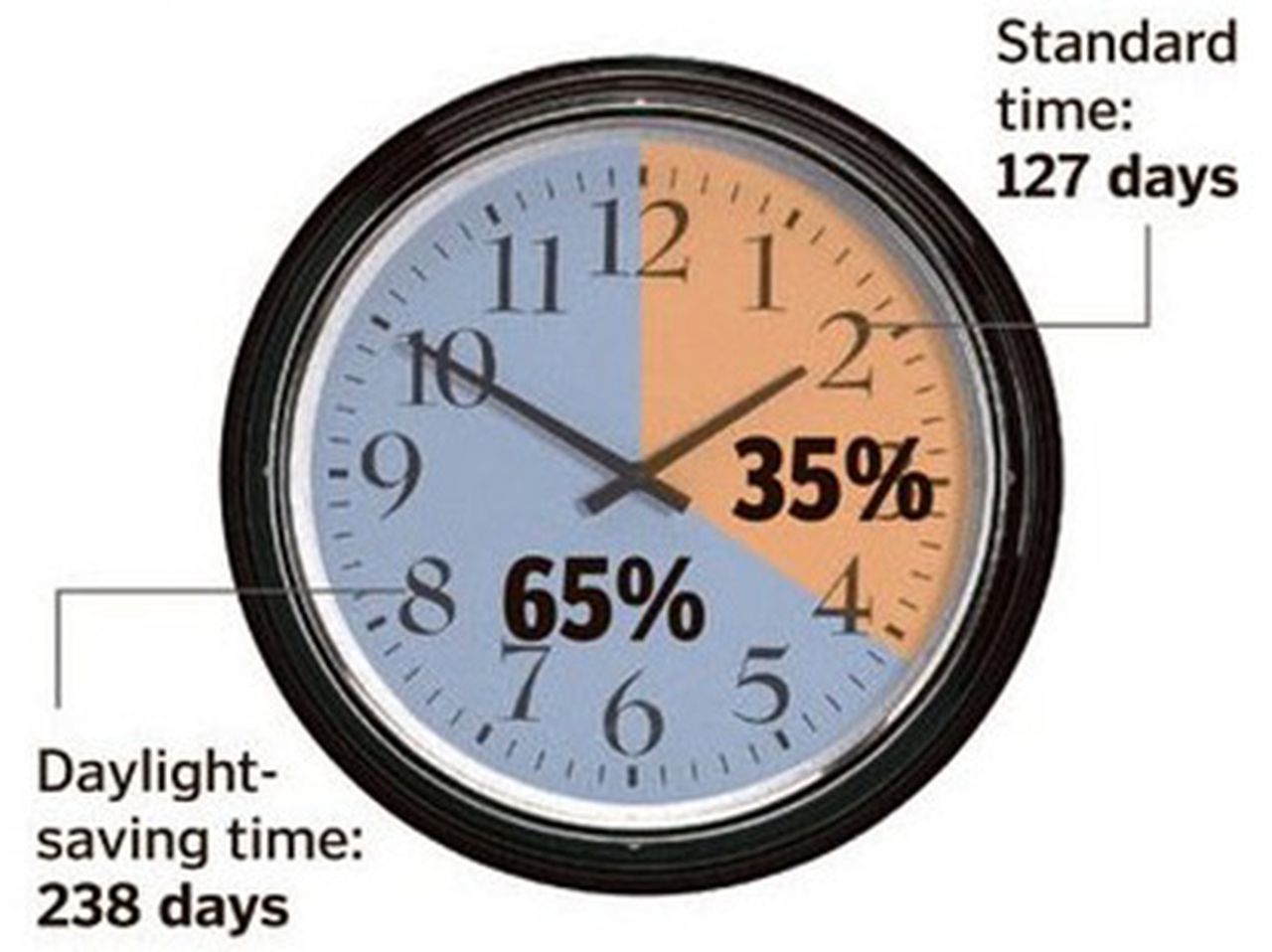 The bipartisan bill is “common sense,” according to co-sponsor Sen. Ron Wyden (D-OR). “Springing forward and falling back year after year only creates unnecessary confusion while harming Americans’ health and our economy,” Wyden said last year. “Making daylight saving permanent would give folks an hour back of sunshine during the winter months when we need it most.” Sen. Marco Rubio (R-FL), who reintroduced the bill in 2021, said on Tuesday that permanent daylight saving time will help prevent pedestrian accidents, reduce crime and decrease seasonal depression and childhood obesity.

1. the practice of advancing standard time by one hour in the spring of each year in order to gain an extra period of daylight during the early evening.

But the American Academy of Sleep Medicine has previously argued for the implementation of permanent standard time, saying in a 2020 study that public health and safety would benefit from daylight saving time being eliminated altogether, as it more closely mimics humans’ circadian rhythms. Daylight saving time results in more darkness in the morning and more light in the evening, disrupting the body’s natural rhythm.

NYT: Trump Also Ordered DOJ to Spy on McGahn in 2018

The American Academy of Sleep Medicine has previously argued for the reverse, saying in a 2020 study that public health and safety would benefit from daylight saving time being eliminated altogether. pic.twitter.com/0hkYSfQGuJ