WATCH: Sycophantic Senator Gloats About Being Worse Than Trump

The vice principal of a New Jersey middle school was caught in his own lesson about appropriate behavior when he was forced to apologize Tuesday for tossing beer at a table of outdoor restaurant patrons who had been filming his wife complaining about a transgender woman using the women’s restroom.

Michael Smurro, vice principal of Neptune Middle School in Monmouth County, said in an email to The Associated Press on Tuesday that he “regrets” throwing his beer when he and his wife realized other patrons were filming them.

“I allowed my emotions to get in the way of my normally sound judgment and reacted in a way that was inappropriate,” Smurro wrote in the email. “I do not condone violence or discrimination of any kind and should have simply walked away. I apologize to the person I threw my beer at and wish I hadn’t done so. I apologize to anyone I offended.”

The Neptune school district said it is looking into the incident and taking it seriously.

The incident reportedly began when the wife of Michael Smurro started an argument with patrons over an apparent transgender woman who used the women’s bathroom at the same time she did. According to a witness, Lisa Smurro made “repeated insensitive and transphobic remarks” within earshot of patrons, including a child.

Video recorded by a patron at a table nearby shows the Smurros at an outdoor dining area at a restaurant in Galloway Township. The footage shows Lisa Smurro misgendering people using the Women’s Room as “men”. The video does not show the transgender woman, who Lisa Smurro said she did not want to use the women’s restroom. 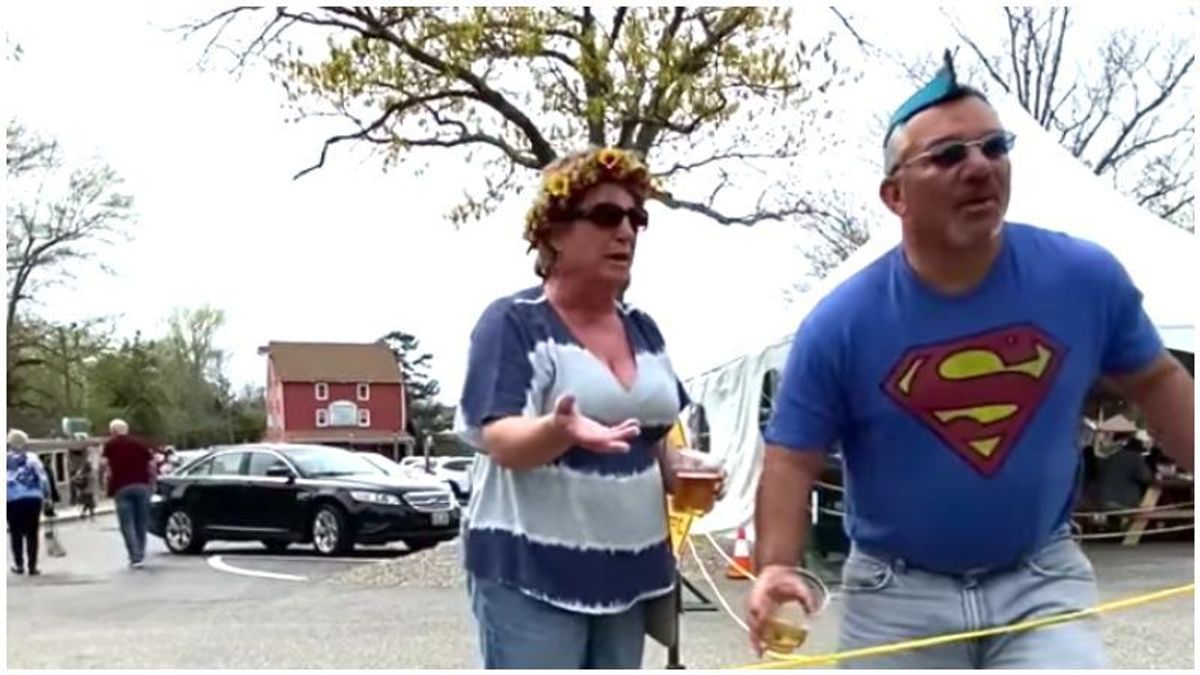 Lisa Smurro also made transphobic comments when speaking with the website NJAdvance, using the term “transgenders”:

“My whole thing is, that restaurant provided a bathroom for transgenders, and that’s where they should have gone,” she said. “I just felt a little uncomfortable. Our daughter’s not young anymore, but if she was young and I brought her in there, that would have made me very uncomfortable.”

Watch the video of the incident, below.

WATCH: In Deleted TikTok, Man “Hunts” “Nonbinaries;” Plans To Force Them In His Vehicle