In the never-ending saga of Florida Man Matt Gaetz and his associate Joel Greenberg, another name has emerged: Jason Pirozzolo. Gaetz’s trip to the Bahamas in late 2018 or early 2019 with Pirozzolo, a marijuana entrepreneur and hand surgeon, was what ultimately triggered a sex trafficking investigation into Gaetz. It was Pirozzolo who allegedly paid for the travel expenses, accommodations, and female escorts that Gaetz is also connected to.

Now a video has resurfaced that shows Donald and Melania Trump meeting Pirozzolo as they landed in Orlando in June 2019, months after the now-infamous Bahamas trip. Trump was there to launch his 2020 presidential campaign with a large rally. 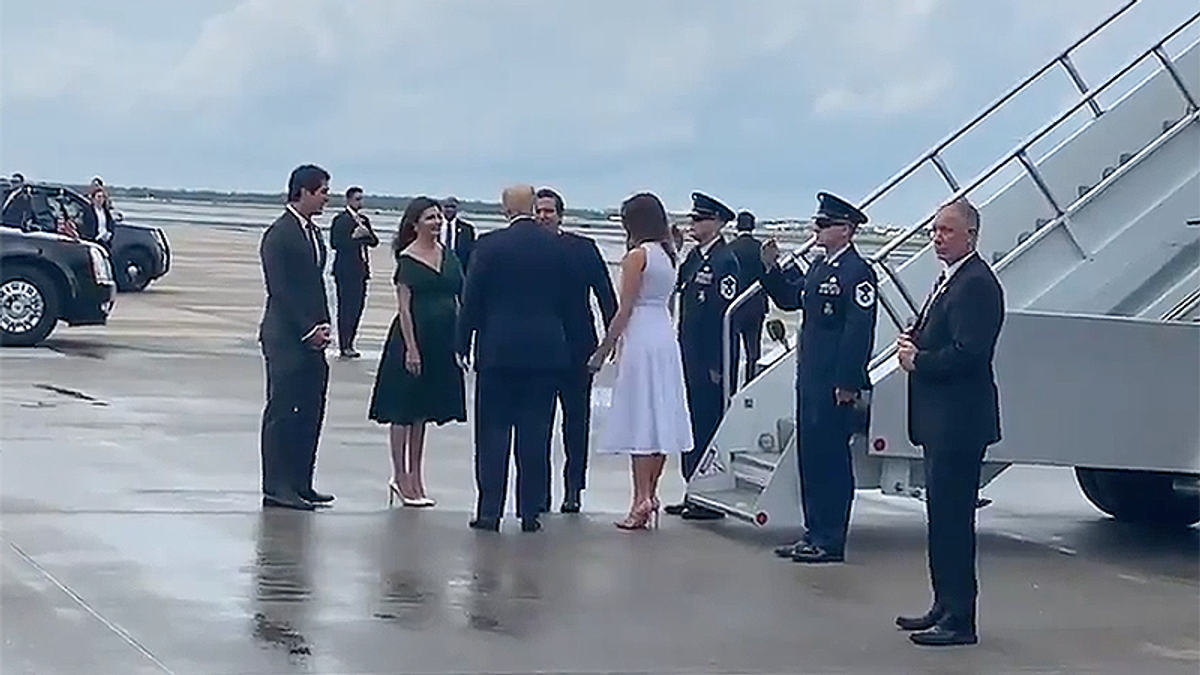 Also visible in the video are Florida Governor Ron DeSantis and his wife, Casey. They were the only three guests waiting on the tarmac in Orlando that day. It’s unknown who helped Pirozzolo score the unique opportunity to greet Trump, but all of the Florida connections point to Gaetz.

Pirozollo’s no stranger to controversy and brushes with the law in Florida.

Not the only scandal Pirozollo may have been involved in- "Jason Pirozzolo, a Winter Garden hand doctor who had been appointed by DeSantis, both stepped down this past summer". https://t.co/MUDz5p8uPN

While there are legitimate advocates for marijuana legalization, the GOP has made it clear that their only interests are to exploit the money-making potential in controlling it just like alcohol.

WATCH: Trump Tells Georgians Not to Bother Voting Because the Election Will Be Rigged

Gaetz continues to protest his innocence while using everyone he can essentially as human flotation devices, including the women who work in his office and the former guy. Meanwhile, Gaetz’s pal Greenberg has already begun spilling everything about their sex trafficking to the authorities.