The Chinese-owned social media app TikTok has imposed restrictions on its service in Russia, and Netflix has suspended streaming there entirely, as western companies continue to pull out of the country amid increased sanctions against Vladimir Putin‘s invasion of Ukraine.

TikTok said it would block live-streaming and uploading of new content in Russia after the Kremlin criminalized the spreading of what it deems to be “fake news” about its unpopular invasion of Ukraine. Netflix did not specify a reason for suspending its services on Sunday, saying the move reflected “circumstances on the ground”. The company had previously said it would refuse to air Russian state TV channels. 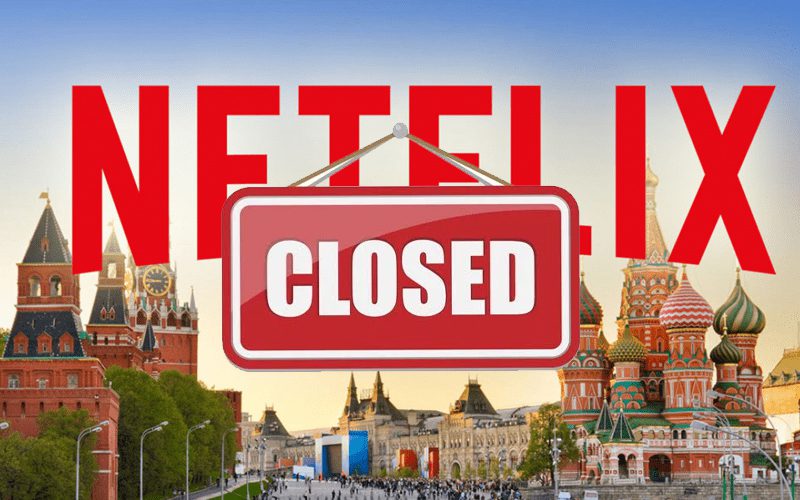 More companies around the globe are joining the sanctions and boycotts against Russia. US credit card companies Visa, Mastercard, and American Express said over the weekend they would cut services in Russia, although it will not stop domestic purchases. South Korea’s Samsung Electronics, a leading supplier of both smartphones and computer chips, said it would halt product shipments to the country, joining other big tech companies such as Apple, Microsoft, Intel, and Dell. The BBC, CNN, and other global media outlets have temporarily suspended reporting in Russia to protect their journalists.

2/ In light of Russia's new ‘fake news’ law, we have no choice but to suspend livestreaming and new content to our video service while we review the safety implications of this law. Our in-app messaging service will not be affected.

Vice Prime Minister Mykhailo Fedorov, who is also the Minister of Digital Transformation of Ukraine, called on US technology companies on Sunday to do more to hit back against Russia. He tweeted open letters asking Apple and Google to shut down their app stores in Russia and for Amazon and Microsoft to suspend their cloud computing services.

UN reported that more than 1,7 million Ukrainians have fled Ukraine and their homes because of Russian invasion! @JeffBezos @amazon I urge you to stop this! https://t.co/Az8pzjylYq

Starbucks No Longer Requiring Employees to Vaccinate After SCOTUS Ruling

A TikTok spokesperson said the app in Russia now appears in “view-only” mode and won’t let people post or see new videos or live streams. They can still see older videos, but not if they came from outside the country.

As Russia invades Ukraine, some young social media users are experiencing the conflict from the front lines on TikTok pic.twitter.com/HAdYEBO5LZ

Newest Round of Russian Sanctions Include Cryptocurrency Firms