Republican U.S. Rep. Jeff Fortenberry of Nebraska faced growing pressure to resign from congressional leaders and the state’s GOP governor on Friday after a California jury found him guilty of lying to federal authorities about an illegal $30,000 campaign donation from a Nigerian billionaire.

A federal jury in Los Angeles deliberated for about two hours Thursday before finding Fortenberry guilty of concealing information and two counts of making false statements to authorities. Fortenberry was charged after denying to the FBI that he was aware he had received illicit funds from Gilbert Chagoury, a Nigerian billionaire of Lebanese descent who lives in Paris. The three men who funneled money to Fortenberry from Chagoury were all of Lebanese descent and had ties to In Defense of Christians, a nonprofit Fortenberry supported that was devoted to fighting religious persecution in the Middle East. 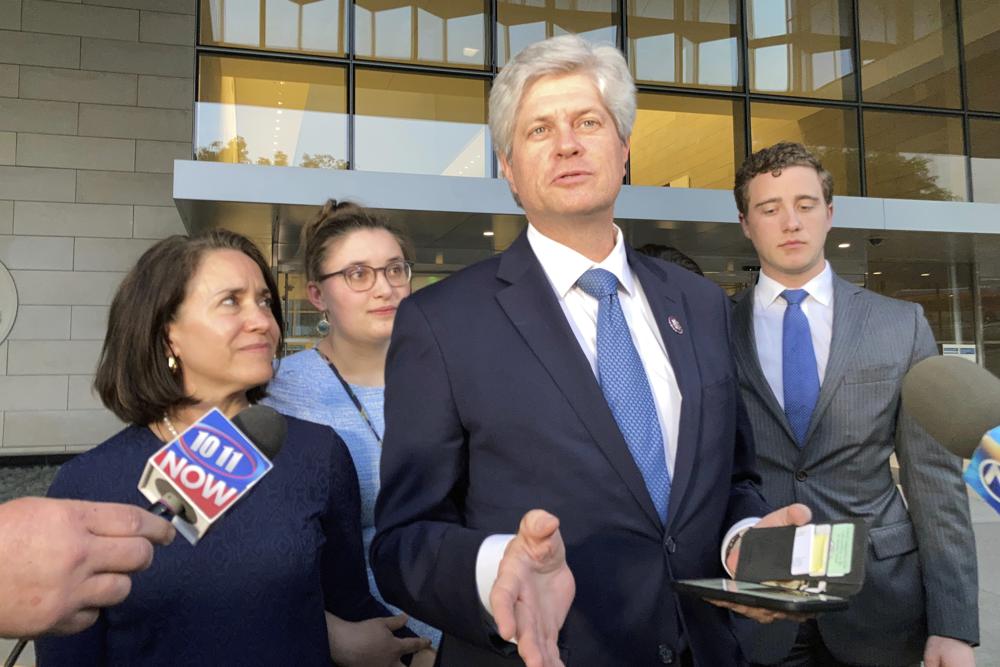 Convicted felons are eligible to run for and serve in Congress, but the vast majority choose to resign under threat of expulsion. Congressional rules also bar members from voting on legislation after a felony conviction unless their constituents reelect them.

Jeff Fortenberry dragged one of my best friends through court for over a year over some googly eyes. His guilty verdict is a personal delight.

House Speaker Nancy Pelosi (D-CA) and House Minority Leader Kevin McCarthy (R-CA) both urged the nine-term congressman to leave office, as did Nebraska Gov. Pete Ricketts, who has endorsed Fortenberry’s top Republican primary challenger. “The people of Nebraska deserve active, certain representation,” Ricketts said. “I hope Jeff Fortenberry will do the right thing and resign so his constituents have that certainty while he focuses on his family and other affairs.”

“I think when someone’s convicted, it’s time to resign.”

Outside the courthouse, Fortenberry said the process had been unfair and that he would appeal immediately. He would not say if he would suspend his campaign for reelection, saying he was going to spend time with his family. “I’m getting so many beautiful messages from people literally all around the world, who’ve been praying for us and pulling for us,” he said.

While sitting in his pickup truck with his wife and dog, GOP Rep. Jeff Fortenberry (NE) announces he is about to be indicted for lying to the FBI during an investigation into illegal campaign contributions from a Nigerian billionaire. pic.twitter.com/HqXeHmawlE

Fortenberry’s was the first trial of a sitting congressman since Rep. Jim Traficant (D-OH) was convicted of bribery and other felony charges in 2002. The judge has set his sentencing for June 28th. Each count carries a potential five-year prison sentence and fines.