A law enforcement official says the FBI has identified six persons of interest around the country, all juveniles, who are suspected of making the threats. The official says they appear to be using sophisticated methods to try to disguise the source of the threats, which clearly have a racist motivation. 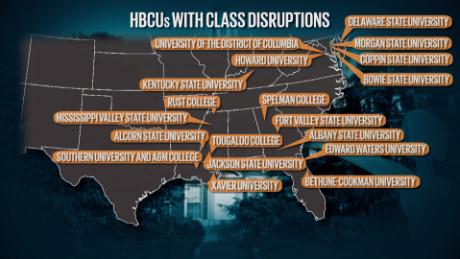 For the second time this month, many HBCUs have received bomb threats. These institutions serve as safe havens for some of the most brilliant Black minds to grow & they should not be subjected to this violence. As a #HBCU alum, I pray for the safety of all students & staff.

Additional threats were reported at a number of other colleges and universities. No incendiary devices were found and no injuries have been reported. The FBI declined to give specific information about the six juveniles due to the ongoing investigation.

Justice For J6, Just Like “Seinfeld,” Was About Nothing