Continuing its expansive nationwide effort, today MeidasTouch, a progressive Super PAC, released two new video ads with a six-figure TV buy and announced that they placed a $35,000 buy behind a digital billboard on the Las Vegas Strip that will be running all week. 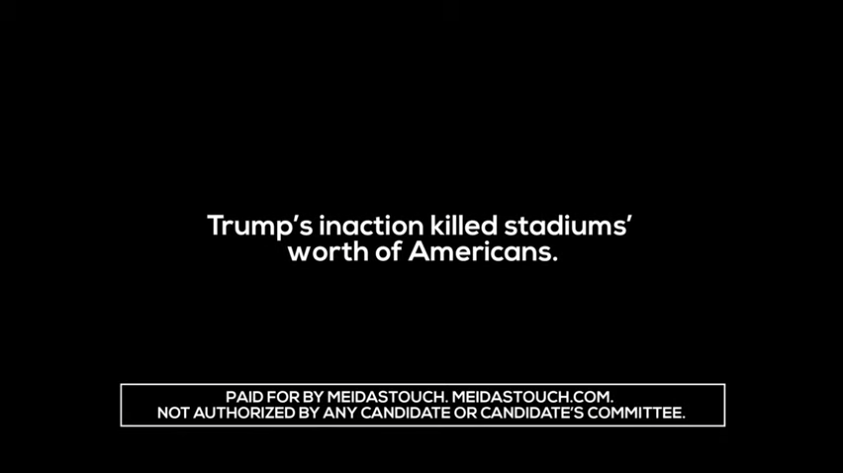 To view “Which Direction”, click here or on the link below: 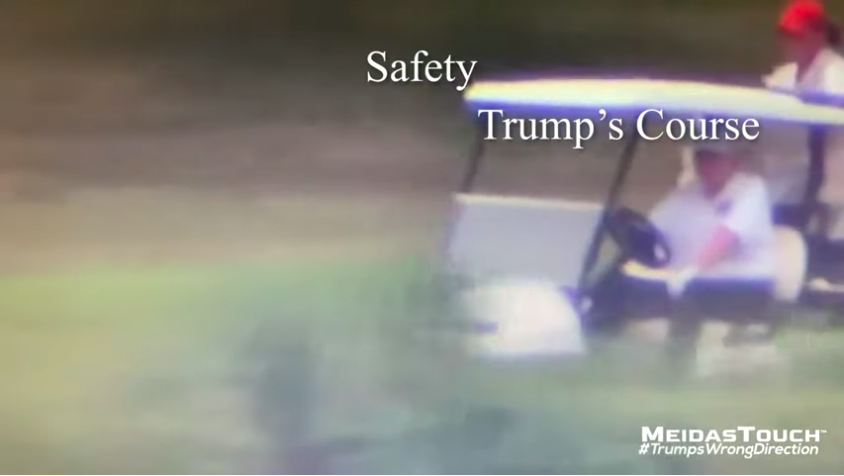 In continuing their barrage of anti-Trump ads on television, Jordan Meiselas, one of the founders of the PAC, remarked:

“The facts are clear: Donald Trump’s failure to respond to the COVID-19 crisis has killed stadiums’ worth of Americans.

Now, our college football stadiums are empty for the foreseeable future, and it’s all because of Donald Trump. As an Ohio State alumnus who never misses an opportunity to cheer on the Buckeyes during the college football season, I understand how devastating this is for not only college football fans but more importantly for the families of the 167k+ deceased Americans whose lives will never be the same.

We are excited to double down on our investments in providing air cover in key battleground states to continue exposing Donald Trump as an absolute and unparalleled disaster.”

The billboard, called “Donald Trump Canceled America”, highlights all the activities that Trump has canceled due to his mismanaged response to the pandemic, including college football, weddings, visiting grandma, mail, jobs, and the economy.
To view the ad, click here or on the link below: 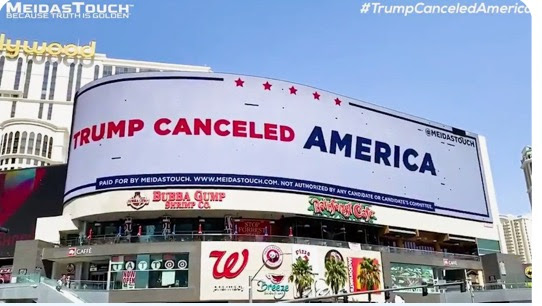 Reflecting on the latest anti-Trump ad, Brett Meiselas, another founder of the PAC, also commented:

“On issue after issue, Donald Trump’s record doesn’t match his promises. From his failed response to the pandemic to the economy, healthcare reform, and even presidential vacations, Trump has flip-flopped and failed to deliver time and time again. As people across America are being forced to cancel weddings, college football, and trips to see grandma due to Trump’s failed COVID-19 response, voters will reject this undeniable failure come November and cancel Donald Trump.”

Democrats, Ben Meiselas (35), Brett Meiselas (30), and Jordan Meiselas (27)  during the quarantine.  Ben is an accomplished civil rights litigator, entertainment dealmaker, and nonprofit leader. Brett is an Emmy Award-winning video editor, and Jordan is a marketing supervisor. MeidasTouch has produced over 40 videos in the past three months averaging approximately 1.5 million views each.  Some of the most popular videos include ByeIvanka (7.9 million views), Vote Out Hate (7.1 million views), The Snake (3.5 million views), and Freds Failure (3.1 million views). In addition to MeidasTouch.com, the group owns the domains MAGA2020.com and FredsFailure.com.  Although it was only recently formed, MeidasTouch has amassed among the largest and most engaged followings of any PAC and has become one of the most powerful grassroots movements across all platforms this election cycle.

MeidasTouch is bringing back passion to progressive politics, exposing Trump as a threat to our Democracy, and rallying Americans around shared values of civility, decency, and competence. The goal of the PAC is to defeat Donald Trump in the 2020 election by spotlighting his failures, lies, creepy acts, and recklessness.

CHIP IN HERE TO SUPPORT The Meidas Touch effort, and help them to keep producing high-quality content and buy more billboard space!

Check out the full MeidasTouch video library by CLICKING HERE. Which video is your favorite?

WATCH: Only Around 20 People Showed Up for My Pillow Guy’s Fox News Protest

Kanye West: Kim Kardashian Thought My MAGA Hat and Presidential Run Were Embarrassing to the Family