Like Trump Before Them, President Biden Denies Flynn and Navarro Executive Privilege

Republican Senate Minority leader Mitch McConnell said on Tuesday that he and his fellow Republicans largely support President Joe Biden’s actions toward Russia over its invasion of Ukraine, but that lawmakers have hit a snag in efforts to agree on aid to Kyiv.

The White House is seeking $6.4 billion in humanitarian and security aid from Congress for Ukraine. Democrats intend to include the funding in a multi-layered spending bill which lawmakers in the House of Representatives expect o vote on next week But McConnell said talks have bogged down over the defense segment of the Ukraine aid package, which he said Democrats wanted to fund from a defense spending level agreed to before the invasion. “I think there’s broad support for the President in what he’s doing now. Our biggest complaint is, what took him so long?” McConnell told a press conference after the Biden administration ratcheted up sanctions against Russia and its central bank. 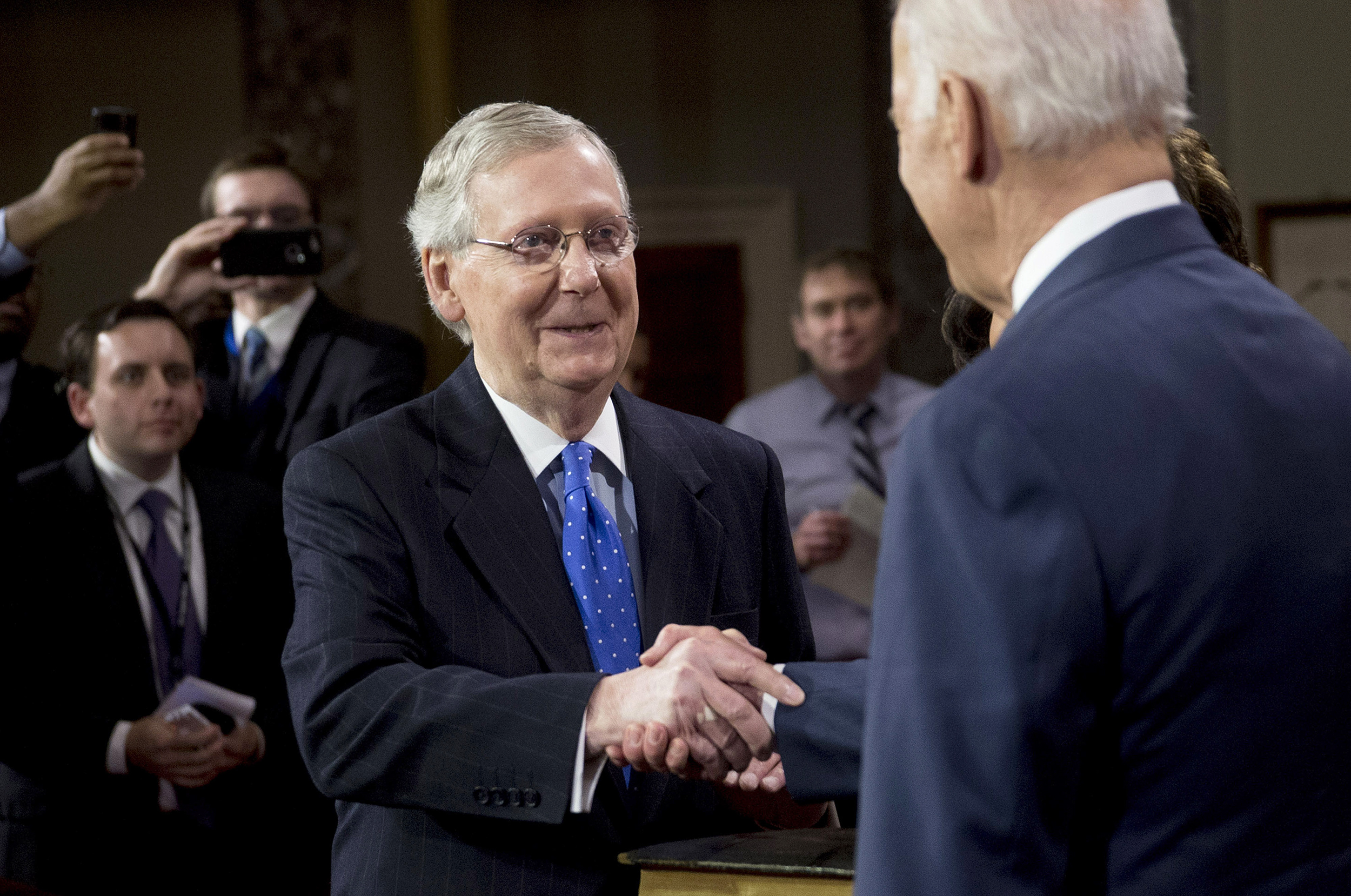 Before Russian forces invaded Ukraine last week, McConnell was among a chorus of Republicans calling on President Biden to impose sanctions against Moscow in hopes of dissuading aggression by Russian President Vladimir Putin. “Much of this might have deterred the aggression in advance. But, yes, we’re all together behind the Ukrainian people. We’re thrilled at the changes that have occurred within NATO, and I think I’ve seen our country pretty unified. As a matter of fact, the whole world seems to be unified,” McConnell said.

NEW: Ahead of Joe Biden’s #SOTU, we’re launching an ad to remind voters that Senate Democrats are fighting to lower costs and cut taxes while McConnell and the GOP are fighting for corporations and ultra-rich insiders. pic.twitter.com/MmX8tpFy56

Other Republicans continue to blast the President for what they claim to be “weak leadership” and have used the Ukraine crisis to stump for longstanding Republican policies that include reducing environmental regulation and boosting fossil fuel production. But those remarks have also been shot down by Trump’s former national security advisor, John Bolton. McConnell also rejected Trump’s characterization of Putin’s actions in Ukraine as “genius” and “pretty savvy.” When asked about Trump’s remarks, McConnell made it clear he disagreed. “What President Putin is, is a ruthless thug who’s just invaded another sovereign country and killed thousands of innocent people. That’s what President Putin is,” McConnell said.

McConnell is also set to meet with President Biden’s Supreme Court nominees, Ketanji Brown Jackson, on Wednesday, which may be a message that he doesn’t intend to obstruct the nomination process as he did in President Barack Obama’s final year of his second term.