Wednesday’s violence in the Capitol Building in Washington, DC wasn’t the only incidence of Trump supporters carrying out his orders to “get wild” on the day Congress was tasked with certifying the Electoral College votes. Reports of other clashes at statehouses across the country trickled in during the coverage of the abhorrent events taking place inside the Senate and House.

Along with a rally that saw violent outbreaks at the Kansas State House, and other states such as Colorado and South Carolina, protestors outside the Oregon State Capitol in Salem were similarly moved to act. As the violence increased in the nation’s capital throughout the day, Donald Trump released a video from the White House grounds telling his base to “go home” even though the election was stolen from them. Despite the message, it was clear Trump was enjoying the day’s events, and his minions saw right through it. 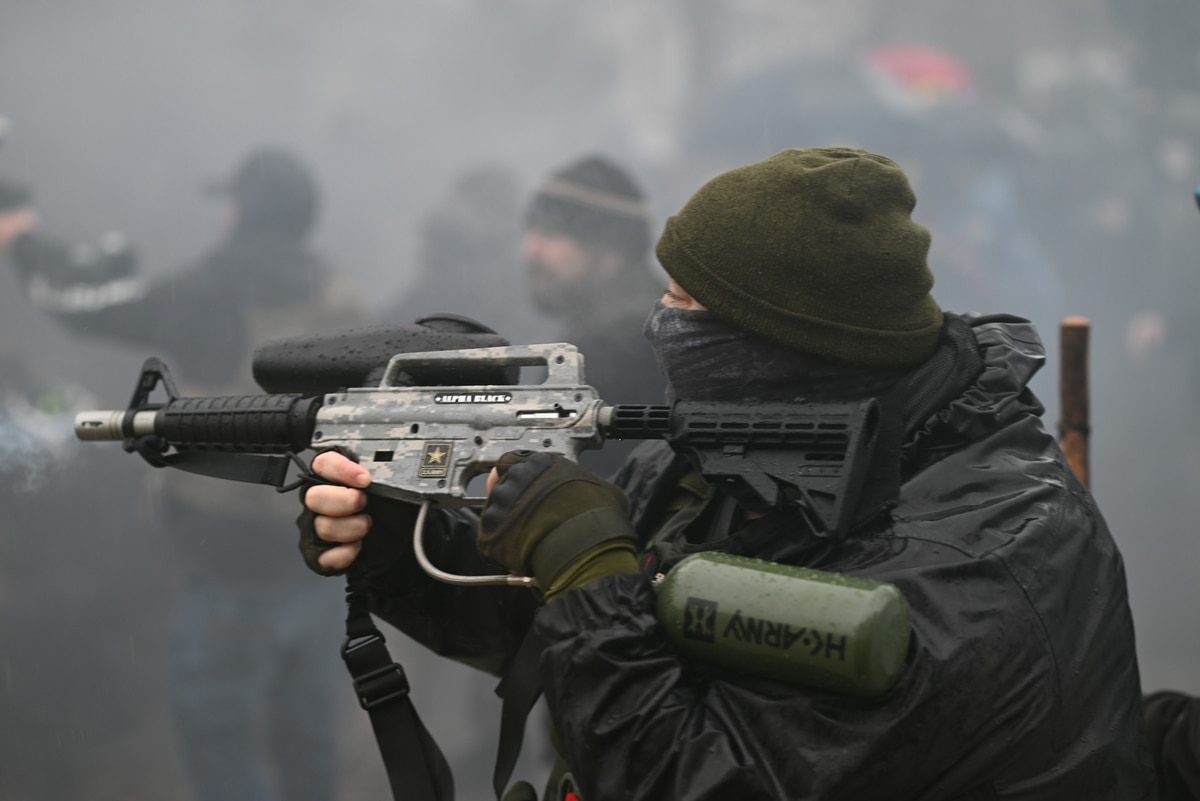 [A right-wing protester fires paintballs at anti-fascists outside the Oregon Capitol. (Justin Yau)]

Moderators from both sides attempted to keep the two opposing crowds apart with little success, as the protest was part of coordinated shows of force nationwide by irate Trumpists. And the right-wing protesters displayed a new and growing distaste for law enforcement, which they had previously venerated with “Thin Blue Line” flags. Trump’s message was broadcast to the assembled protestors, many of whom were armed. “We love you,” Trump said, his voice on a loudspeaker. “You’re very special. But you have to go home now.”

For the next two hours, the pro-Trump crowd fired paintballs at anti-fascist counterprotesters and yelled at Oregon State Police, in one of a dozen similar scenes across the country where Trump’s most committed supporters turned to violence as they refused to concede he had lost.

As agitators on both sides closed with each other, a yellow smoke bomb was hurled into the left-wing protesters’ ranks. A swift and brutal melee followed. Right-wing brawlers from the Proud Boys drove left-wing protesters back with batons and mace, with the support of other pro-Trump protesters firing paintball guns. Several protesters were treated at the scene by volunteer medics for pepper-spray exposure and blunt-force trauma injuries, and two people were hospitalized.