A January 6th rioter from San Diego who made outrageous claims, such as statistics show Donald Trump is still president and that Antifa caused the insurrection, among other conspiracies, pleaded guilty Thursday to the misdemeanor charge of parading in the Capitol.

Philip Weisbecker isn’t accused of violence in the Capitol like many of his counterparts. But his unhinged rhetoric and unsubstantiated claims in the wake of his day in the Rotunda caused him to stand out to authorities. He has openly admitted to entering the Capitol with a horde of people convinced that the presidential election had been “stolen” from Donald Trump, despite no evidence of widespread fraud. On Facebook, Weisbecker posted a screenshot from Fox News of himself inside the Capitol, with the comment: “if you would like to know the truth …. just ask.” 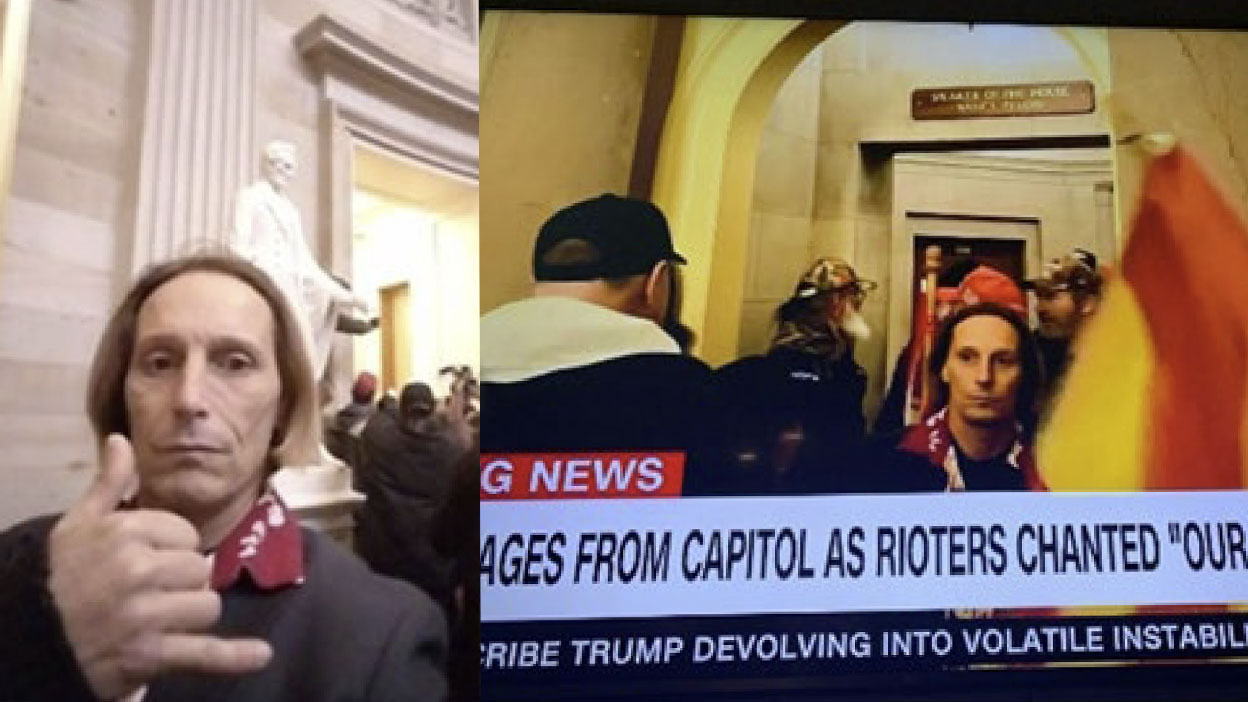 Weisbecker was arrested in October, following an investigation that began when tipsters contacted the FBI. In his plea agreement which read during the hearing, Weisbecker admitted to entering the Capitol, going into Speaker Nancy Pelosi’s offices, and then spending “a considerable amount of time” in the Rotunda. The judge noted there were no allegations tying him to violence or destruction, reported The San Diego Union-Tribune.

According to the complaint, Weisbecker had defended the insurgents as “patriots” and described the event as a peaceful protest in interviews with investigators. He had also told the investigators that he had traveled to Washington to document Trump’s “Stop the Steal” rally as a citizen journalist, the complaint states. He insisted Trump was still the true president and that Ashli Babbitt — the woman who was fatally shot by Capitol police during the insurrection — never existed, the court document says. Babbitt was from nearby Ocean Beach, where Weisbecker also lived at the time; he believed that he already knew everyone in that community but since he had never heard of her, nor had his friends, therefore she wasn’t a real person to him, the complaint states.

Congratulations to @ggreenwald, whose appearance on Tucker Carlson led Philip Weisbecker to incriminate himself. https://t.co/7pmBAhQXwX pic.twitter.com/ZlkibucTxj

As part of the plea, Weisbecker has agreed to pay $500 in restitution to help cover damage to the Capitol. He also agreed to allow law enforcement to sit down with him before sentencing and review his social media postings from around the time of the breach and the instances he was interviewed by authorities about the case. A sentencing hearing has been set for June 27. He faces up to six months in prison.