Madeleine Albright, the first female U.S. Secrtary of state and who helped steer Western foreign policy in the aftermath of the Cold War, has died. She was 84 years old.

The cause was cancer, Albright’s family said in a statement Wednesday. Albright was a central figure in President Bill Clinton’s administration, first serving as US ambassador to the United Nations before becoming the nation’s top diplomat in his second term. She championed the expansion of NATO, pushed for the alliance to intervene in the Balkans to stop genocide and ethnic cleansing, sought to reduce the spread of nuclear weapons, and championed human rights and democracy across the globe. 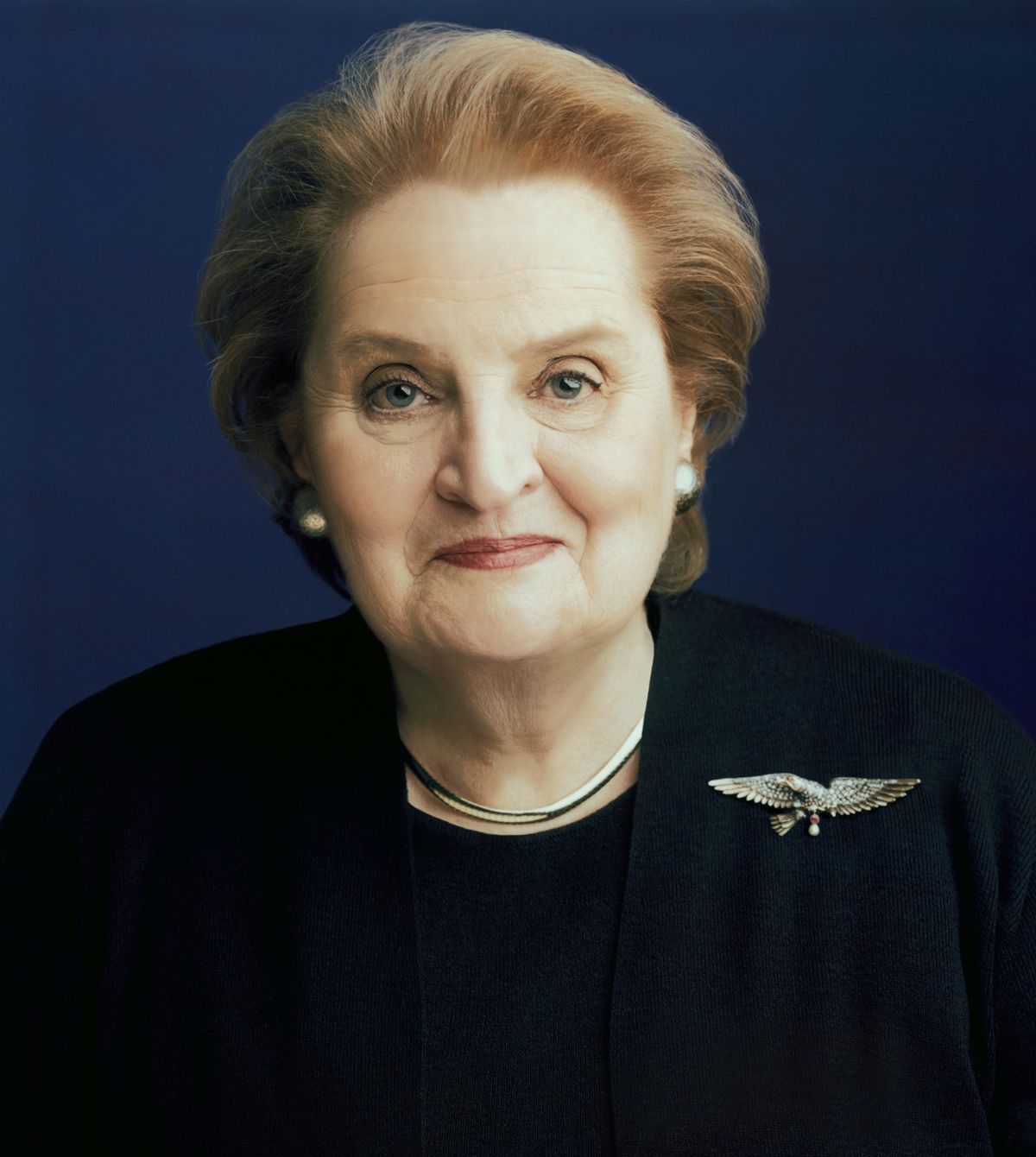 President Clinton released a statement praising Albright’s tenure in office. “Few leaders have been so perfectly suited for the times in which they served,” Clinton said in a statement. “As a child in war-torn Europe, Madeleine and her family were twice forced to flee their home. When the end of the Cold War ushered in a new era of global interdependence, she became America’s voice at the UN, then took the helm at the State Department, where she was a passionate force for freedom, democracy, and human rights.” At home with a positive case of COVID, Hillary Clinton, who famously followed in Albright’s footsteps, said she was “deeply grateful” for her friendship as she shared her husband’s statement on Twitter.

I will always be deeply grateful for the wonderful friendship Bill and I shared with @madeleine and the unfailingly wise counsel she gave us over so many years.

So many people around the world are alive and living better lives because of her service. https://t.co/aw8HK71sbt

Haunted by the earlier failure of the Clinton administration to end the genocide in Bosnia, one of Albright’s most notable contributions was working to bring about an end to violence in the Balkans, and she was crucial in pushing Clinton to intervene in Kosovo in 1999 to prevent a genocide against ethnic Muslims by former Serbian leader Slobodan Milosevic.

JUST IN: Pres. Barack Obama on the passing of Madeleine Albright: "It’s because of people like Madeleine that the story of America is, ultimately, one of hope – an upward journey." https://t.co/CsFwtutJxa pic.twitter.com/1JTgAeynCL

Tributes for Albright poured in from Presidents, Senators, and leaders from all over the world.

Madeleine Albright, first woman to serve as U.S. sec. of state, has died from cancer at 84, according to her family.

"The impact that Sec. Albright….had on this building is felt every single day in just about every single corridor," Ned Price says. https://t.co/qKHJki3AIj pic.twitter.com/2ZSXp0lD8i

Madeleine Albright has died at 84 years old. Here, we look back on her interview in 2017 about being the first woman to become the U.S. Secretary of State https://t.co/Fb6Hb2q3C2 pic.twitter.com/UI0CHWxB21

SHOCKER: Susan Collins Surprised Kavanaugh, Gorsuch May Have Misled Her About Roe vs. Wade

After fleeing the Nazis as a child, Madeleine Albright would go on to become the first female US secretary of state https://t.co/kAvh3ql3OM

Madeleine Albright often said, “There is a special place in hell for women who don't help each other.” As a feminist, diplomat, scholar, and leader, she opened doors and paved the way for countless women.

My prayers are with her family and friends as they celebrate her life.