Las Vegas City Councilperson Michele Fiore was confirmed to have made a racially charged comment at her party’s convention on Saturday. It was confirmed by an African American conservative commentator who is very important in local Republican politics and talked to The Nevada Independent. Fiore’s statements have been called out by other members of her party as well. The comments were in regard to Fiore believing that she as a white woman was more qualified than a black person. 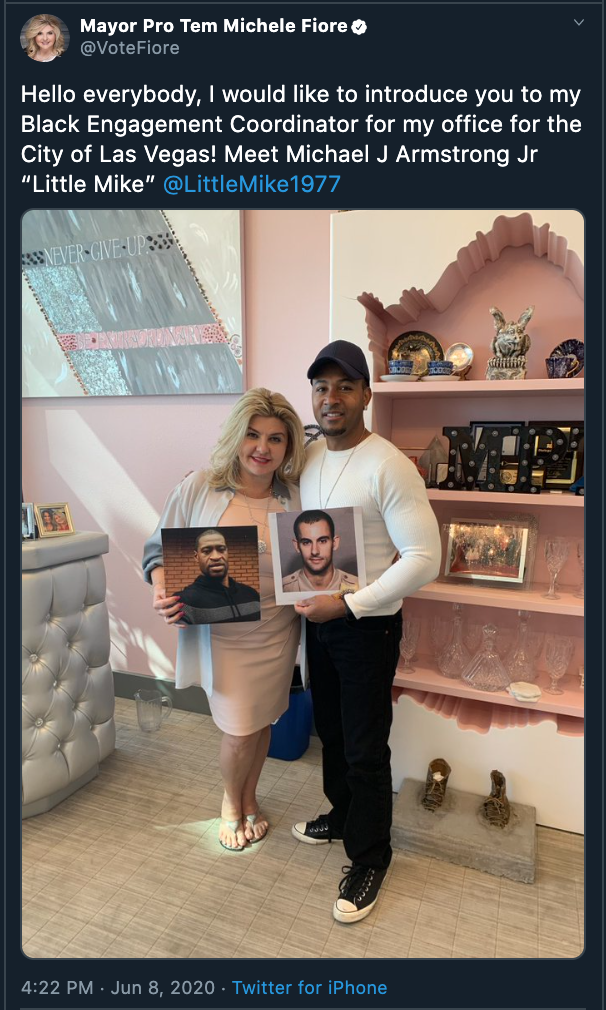 Fellow Las Vegas Republican responded by disavowing Fiore’s comments.  Clark County Republican Party Chairman, David Sajdak released a statement that read, “We regret and rebuke Ms. Fiore’s remarks as irresponsible, insensitive and inaccurate. Furthermore, we call on Ms. Fiore to issue an apology to those in attendance and the community at large.”

Innis claims that the belief that “the Constitution is a colorblind document” still holds true and does not believe that Fiore was being racist. He said, “It was sloppy the way she did it. But it was not racist.”

When Raw Story contacted Fiore on Monday she claimed to not make the comments. She said, “No I don’t, Absolutely WRONG and inaccurate please do not text my personal cell with rubbish.” She also tweeted a picture of her with her Black Engagement Coordinator Michael J. Armstrong.

With racism being at the forefront of American politics right now it is not a good look for Republicans when any of their members make comments like these.