Georgia Gov. Brian Kemp and former Sen. David Perdue fought over the results of the 2020 election during the state’s GOP governor’s debate Sunday night, blaming each other for Democratic gains in the last election cycle.

It marked the first primary debate between Perdue, a prominent supporter of Donald Trump’s who already has his endorsement, and Kemp, whom Trump says “betrayed” him for refusing to help him overturn his defeat in 2020. Trump’s personal vendetta against Kemp also includes his endorsement of Herschel Walker in the Georgia Senate race. 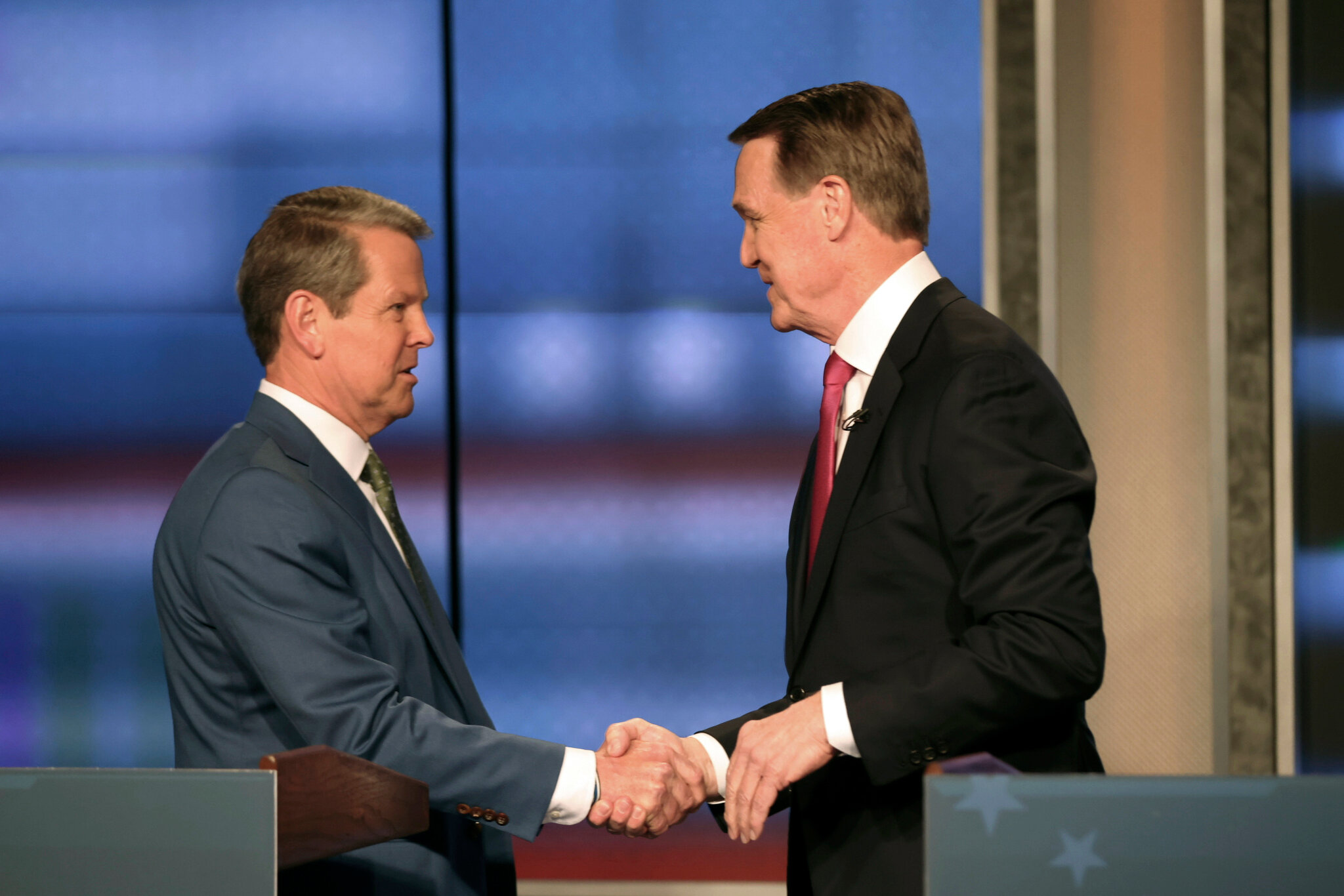 There is no evidence of widespread voter fraud in any state during the 2020 election, but Perdue, who also has allegedly participated in insider stock trading, returned to the subject several times throughout the hourlong debate and argued that Kemp “did not do enough” to challenge the state’s election results.

Even though Trump's "big lie" incited an insurrection and coup attempt, Perdue is just shameless repeating his fantastical delusions. pic.twitter.com/LuqUbJWeQB

By making Trump’s Big Lie the root cause of his campaign, Perdue is essentially himself up for another loss akin to 2020, when Democrat Jon Ossoff won his seat in Georgia’s Senate election and Democrat Rev. Raphael Warnock won the special election for the state’s other Senate seat, giving Democrats a majority in the chamber. Their wins in the January 2021 runoffs, paired with President Joe Biden’s victory over Trump in the Peach State, made Georgia central to Republican efforts to challenge the election.

David Perdue continues to blame anyone but himself for his loss to Jon Ossoff. Governor Kemp is the only candidate in this race who has beaten Stacey Abrams, and he is the only one with the record to do it again. #GAGovDebate #WSBDebate #GAgov #gapol pic.twitter.com/4JjkQ57fqJ

As the incumbent Georgia governor, Kemp also defended himself as best positioned to defeat Democrat Stacey Abrams in November, promising to make sure she is “never your governor and your next president.” Perdue accused Kemp of passing the blame onto others and said that made him a “weak” leader. Kemp immediately returned the attack. “Weak leaders blame everybody else for their own losses instead of blaming themselves,” he said.

The Perdue opening statement is a time capsule of this moment in GOP politics pic.twitter.com/rQdeolydWC