Italian authorities froze the superyacht Scheherazade, which is believed to be owned by Russian President Vladimir Putin, in the port of Marina di Carrara on Friday. The 500-foot vessel has gold-plated taps, a swimming pool, and two helicopter pads, and has been repeatedly linked to Putin despite denials from the shipyard hosting it. An Italian police investigation found significant connections between the ship and the Russian government, authorities said. An ex-crew member told The New York Times that conversations arose about Putin potentially being the owner of the yacht, but Italian authorities did not specify whether or not Putin owned the ship.

In a press release announcing the freezing, the Italian Ministry of Economy and Finance stated that an investigation conducted by Italian financial police found that the ship’s beneficial owner had “significant economic and business ties” to high-ranking people in the Russian government and individuals sanctioned by the European Union. 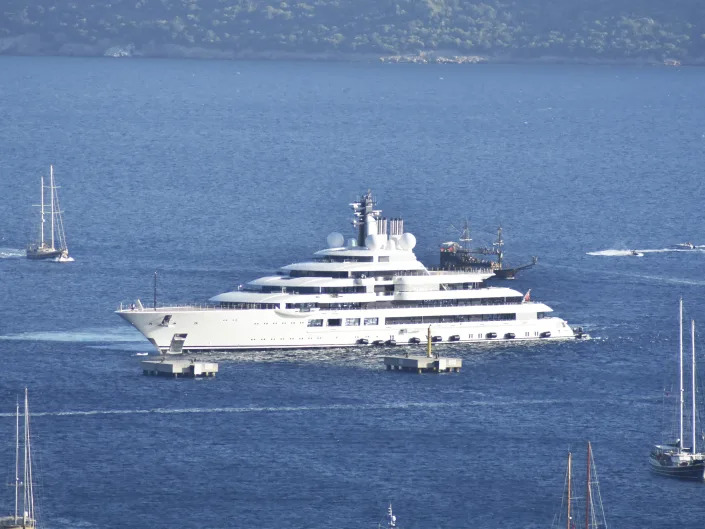 The Scheherazade appeared ready to set sail after being loaded with food and supplies and refloated on Tuesday, possibly in an effort aimed at leaving before it could be seized. The superyacht had spent the previous nine months in a dry dock in the Tuscan port of Marina di Carrara, The New York Times reported.

Italian authorities have impounded the yacht "Scheherazade", which is believed to be owned by Putin. pic.twitter.com/1QXOfIC7f6

Western allies giving their support to Ukraine since Putin’s invasion in late February have implemented tougher and more targeted Russian sanctions in recent weeks. A $300 million superyacht owned by sanctioned Russian oligarch Suleyman Kerimov, the Amadea, was also seized by officials in Fiji this week.

Italy has detained "Putin's yacht" the Scheherazade. The late night announcement comes two days after the New York Times (@gaia_pianigiani and me) wrote about how the $700 million yacht was getting ready to set sail, avoiding sanctions.