It was overheard on more than one of the many videos to come out of the January 6th Insurrection at the Capitol Building. A man’s voice rising above the din of the crowd walking through the halls as members of Congress attempted to certify the 2020 Presidential election: “Nancy, come out and play!”

Along with the chants “Hang Mike Pence!”, that haunting rallying cry sent shivers up the spines of millions of Americans who watched the events unfolding live on television, unable to grasp the reality of seeing hundreds of United States citizens gleefully attacking their own government. Now the man who called out for “Nancy” has been identified, and he’s insisting he didn’t mean Pelosi. 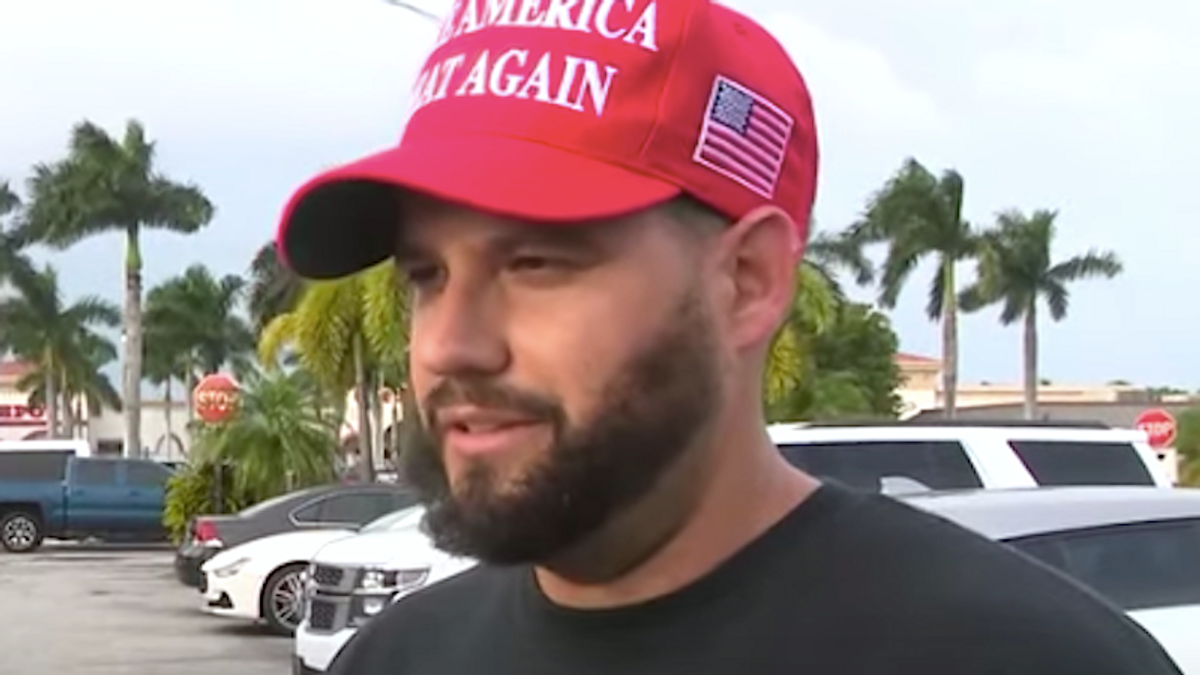 Gabriel Garcia, a former U.S. Army captain and failed Florida House of Representatives candidate from Miami, streamed live video from the insurrection yelling, “Nancy, come out and play,” and denouncing so-called “traitors” as Donald Trump’s supporters sought to overturn his election loss. But he told the Miami Herald that he wasn’t trespassing because no police officers stopped him. In fact, the self-avowed Proud Boy calls the deadly failed coup attempt a “glorified tour” of the U.S. Capitol.

Garcia claims he entered the Capitol because the doors were open and police seemed to be directing the crowds who were streaming inside, and said he only wanted to peacefully voice his concerns over alleged election fraud. “My intention wasn’t to go find Congress or walk in and stop the election process,” Garcia said. “My intention was to have my voice heard and make sure that, you know, people listen.”

Garcia pleaded not guilty Tuesday in court to two federal felonies and four misdemeanors relating to disorderly conduct and trespassing in the Capitol, and he admits to ominously paraphrasing a quote from the 1979 movie “The Warriors” but insists he wasn’t threatening the House Speaker outside her office.

Suuuure he wasn’t. Garcia is out on bail while awaiting trial and spoke to a local Miami TV station, below.

[WATCH] ‘Let’s Not Take Our Eye Off the Ball’: Nancy Pelosi Talks About the Stakes in Abortion Ruling