LGBTQ Americans scored a major victory on Thursday as the House of Representatives passed a sweeping bill to ensure their protection in the workplace. The Equality Act prohibits discrimination based on sexual orientation and gender identity in numerous arenas, including employment, housing, education, public accommodations, credit, and jury service.

“The LGBTQ community has waited long enough,” Rep. David Cicilline of Rhode Island, who introduced the bill, said on the House floor. “The time has come to extend the blessings of liberty and equality to all Americans, regardless of who they are or who they love.”

Not all members of the House were as supportive. Marjorie Taylor Greene, who is enjoying a new round of attention thanks to her transphobic actions on the floor and outside her office on Wednesday, attempted to delay the vote by calling for an end to the session. Both Greene and Lauren Boebert used their allotted speaking time to promote hateful misinformation regarding transgender youth, among other anti-LGBTQ talking points.

Breaking: The House has voted to pass the Equality Act, a far-reaching measure that would prohibit discrimination based on sexual orientation and gender identity.

The vote was 224 to 206. 3 Republicans joined all Democrats in supporting the Act.

House Speaker Nancy Pelosi, a longtime advocate for equal rights, spoke to the press about the bill and its important place in LGBTQ history.

Join my colleagues & me live at the U.S. Capitol for a press conference about the Equality Act. https://t.co/tfzfRioybk

The 224-206 vote was largely along party lines, with just three Republicans throwing their support behind the bill. A similar measure was introduced Tuesday in the Senate, where it faces an uphill battle, as a 60-vote threshold is required to bypass a filibuster.

Report: Ivanka Trump is Trying to Makeover her Tattered Image

The House just passed the Equality Act, which would ban discrimination based on sexual orientation and gender identity. Now let’s pass it in the Senate and make it law.

The bill, however, now has the support of the White House. During his campaign, President Joe Biden said passage of the Equality Act would be a priority in his first 100 days in office. 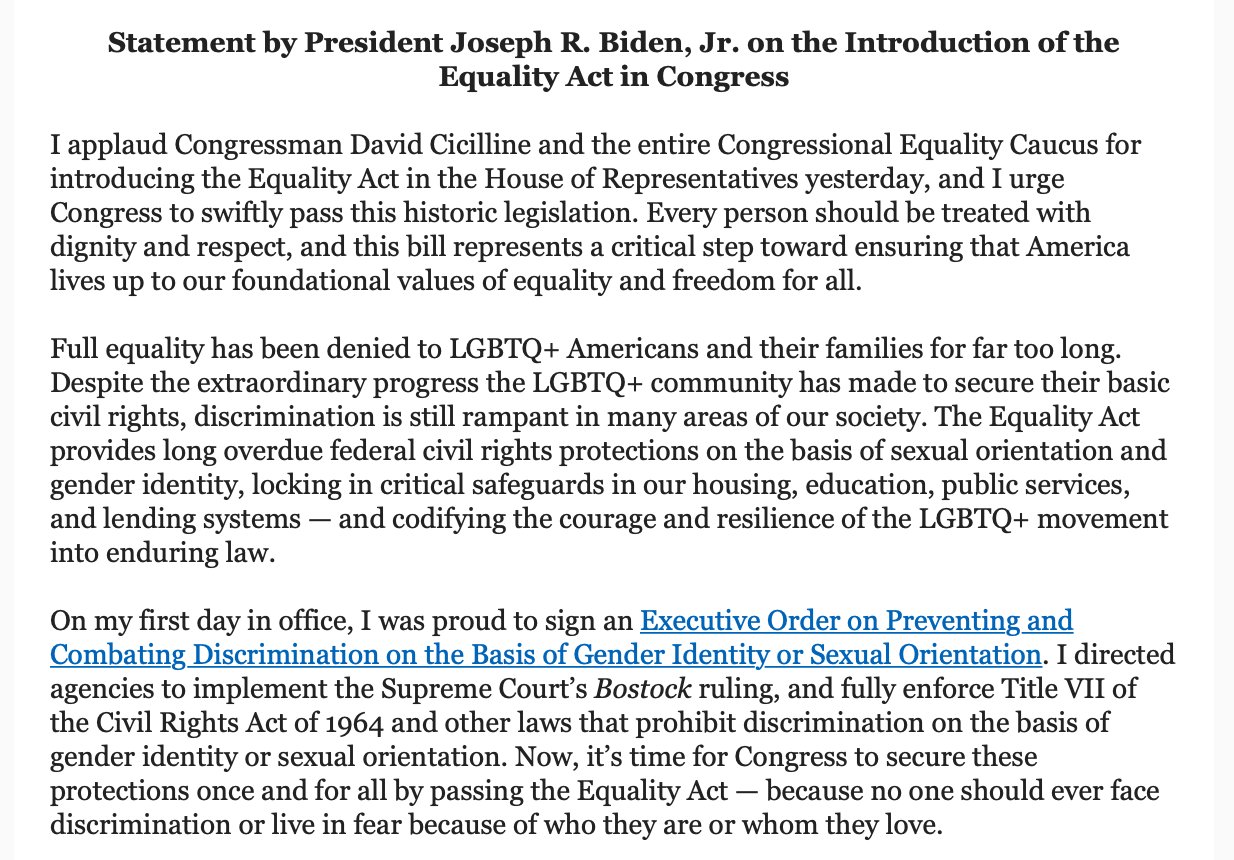