Brandon is a political writer for the Hill Reporter specializing…

Two House Democrats are demanding the immediate resignation or firing of Postmaster General Louis DeJoy in the wake of a Friday Night Massacre-style purge of almost two dozen officials at the United States Postal Service.

“The shake-up came as congressional Democrats called for an investigation of DeJoy and the cost-cutting measures that have slowed mail delivery and ensnared ballots in recent primary elections,” the Washington Post reported late Friday evening. “Twenty-three postal executives were reassigned or displaced, the new organizational chart shows. Analysts say the structure centralizes power around DeJoy, a former logistics executive and a major ally of President Trump, and de-emphasizes decades of institutional postal knowledge. All told, 33 staffers included in the old postal hierarchy either kept their jobs or were reassigned in the restructuring, with five more staffers joining the leadership from other roles.”

The frenzy of shake-ups has resulted in mail service slowdowns. Prior to his appointment to head the USPS, DeJoy was a Trump donor with no relevant experience managing a courier service.

In a joint statement on Saturday, Congressman Peter DeFazio (D-OR) and Congresswoman Alma Adams (D-NC) accused DeJoy of abetting President Donald Trump’s crusade to cripple the USPS as a means of rigging the 2020 presidential election. 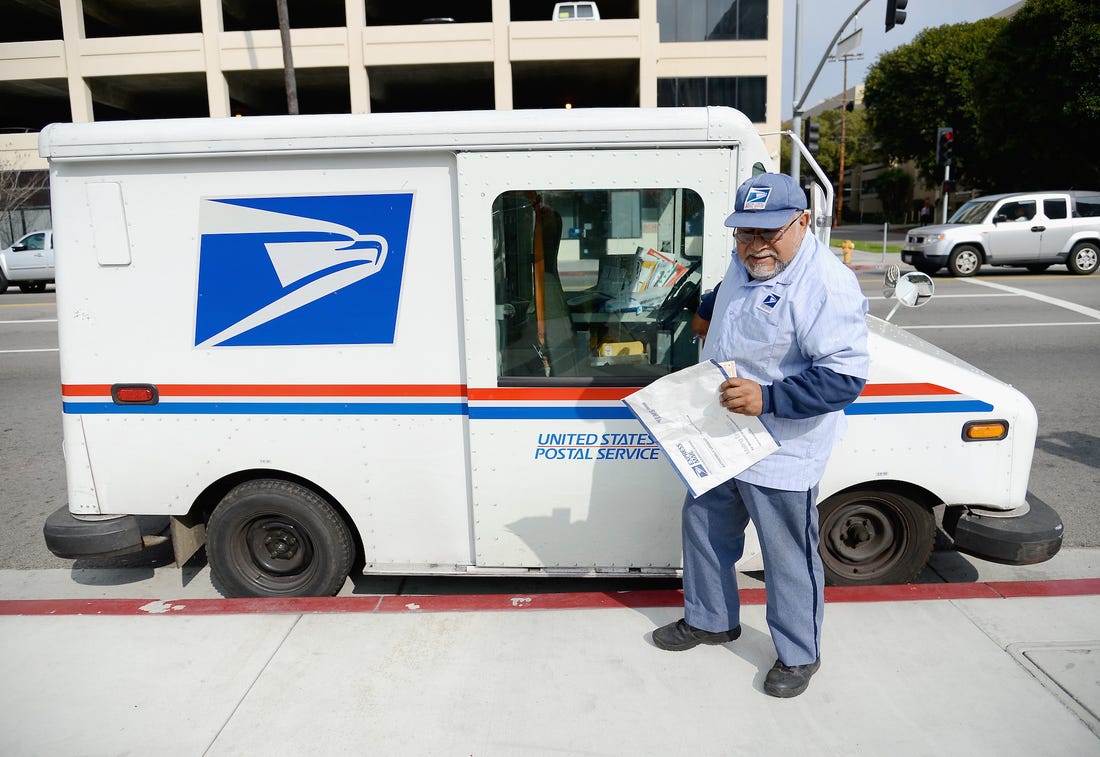 “Since taking office, President Trump has been trying to sabotage the United States Postal Service. He hand-picked the new Postmaster General—one of his most loyal campaign donors, who has no previous experience working at USPS— to do his bidding,” said DeFazio. “DeJoy’s baseless operational changes have already crippled a beloved and essential agency, delaying mail, critical prescription drug shipments for veterans and seniors, and other essential goods. Now, DeJoy’s secret removal of the senior officials who run the day-to-day operations at the USPS lays bare his mission to centralize power, dismantle the agency and degrade service in order to thwart vote-by-mail across the nation to aid Trump’s reelection efforts. This November, a historic number of citizens will vote by mail in order to protect their health and safety during the COVID-19 pandemic. DeJoy’s nefarious collective efforts will suppress millions of mail-in ballots and threaten the voting rights of millions of Americans, setting the stage for breach of our Constitution. It is imperative that we remove him from his post and immediately replace him with an experienced leader who is committed to sustaining a critical service for all Americans.”

Adams doubled-down on the danger DeJoy and Trump pose to what remains of the American democratic process.

“The United States Postal Service was established by our Constitution, and this year it will play an unprecedented role in guaranteeing our right to vote,” the North Carolina Democrat said. “However, Postmaster General Louis DeJoy continues his unconstitutional sabotage of our Postal Service with complete disregard for the institution’s promise of the ‘safe and speedy transit of the mail’ and the ‘prompt delivery of its contents.’ My friend Maya Angelou used to say, ‘when someone shows you who they are, believe them the first time.’ The Postmaster General has shown us on multiple occasions he is working to dismantle a fundamental institution of our democracy. He needs to resign or be removed, now.”

Brandon is a political writer for the Hill Reporter specializing in current events, breaking news, and scientific discovery. Brandon holds a Bachelor of Music degree from Indiana University. He lives in New York City.

What Supply Chain Problems? Holiday Packages Are Arriving On Time

Josh Mandel Pledges to Create a Theocracy Without a Postal Service