Just eight months before Election Day, a total of 31 House Democrats have now announced they won’t be seeking re-election for a variety of reasons. Whether they’ve chosen their family over their political careers (“When is it our time?” asked Michigan Rep. Brenda Lawrence’s husband), the “time has just come” (Rep. David Price of North Carolina), or they’ve simply “run out of gas” after years of Republican obstruction like Rep. Ron Kind of Wisconsin, the Democratic Party finds itself facing a loss of its already precarious majority. Some retiring members are powerful veterans, such as Kentucky’s Rep. John Yarmuth, Chair of the Budget Committee, and Oregon Rep. Peter DeFazio, who chairs the Transportation and Infrastructure Committee. Others represent politically competitive districts, like Stephanie Murphy and Ted Deutch of Florida and Ann Kirkpatrick of Arizona.

Eight of the Democrats are giving up those seats to seek other, and often higher, offices. Rep. Tim Ryan of Ohio is running for the Senate, and Rep. Karen Bass of California is running to be the mayor of Los Angeles. While their experience will be beneficial in those roles, remaining House Democrats are now looking to fill those seats with candidates who can beat any Republican challengers they may face. 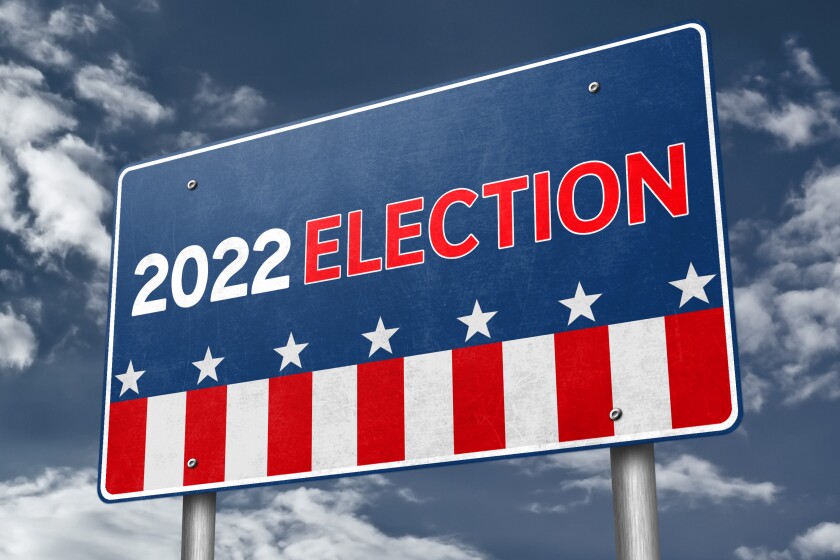 Democrats aren’t worrying without reason, as retirement waves such as this also signal a loss of control. In 2018, dozens of House Republicans didn’t seek re-election, including the then-House Majority Leader, Paul Ryan. The party lost 41 seats that year, and Democrats gained control of the chamber, in an election cycle widely viewed as a referendum on Donald Trump. It’s an odd political paradox that a new President’s party almost always loses seats in the midterm elections. And in the House, Democrats can only afford to lose a handful of seats before surrendering control.

We need to show up for the 2022 midterms like god damn Ukrainians.

Though Democrats have fared far better than expected in the redistricting process, it was still a factor in some decisions to retire or seek another office. For example, Tennessee Congressman Jim Cooper witnessed his Democratic Nashville seat being broken up into three different districts that Trump would have easily won in 2020. He decried the move as “raw politics” and an effort to dilute the electoral power of Black voters. The day after the Tennessee legislature approved the map, Cooper announced his retirement from Congress, where he had served for more than three decades.

We are 247 days away from the #2022Midterms. Primary season has begun! Please make sure you're registered to vote and make a plan to show up. pic.twitter.com/Gg0tXn6Zm1

But Republicans are facing the midterms beneath the cloud of Trump, which the Democrats plan to use to their advantage on the campaign trail. The GOP will have to answer for Trump’s enduring control over their party, say Democratic insiders, and the fallout from the congressional investigation into the events of January 6th, as well as for their efforts to restrict access to abortion and the ballot, are issues Democrats believe will rally voters to their side this cycle.

This Is The Republican Party ! Vote For strong Positive Leadership To Restore Democracy & American Values With Focus On Helping The Middle Class & Passing Strong Voting Rights Bills Throughout The United States! Vote For Dems In 2022 Midterms!

Read the full report at The Guardian.