There are pros and cons to Marjorie Taylor Greene (Q-GA) being removed from her committee assignments. The pros include her inability to write any meaningful legislation. But the cons are that she has plenty of time on her hands to pull stunts on the House floor and on her Twitter accounts.

And so it was that second thing when Greene attacked gun safety laws as ineffective in the wake of the mass shooting in Boulder, Colorado that left 10 people dead. “Colorado has everything the left has asked for,” Greene wrote on Twitter. “And it still didn’t stop a thug like Ahmad Al-Issa from murdering Americans.” 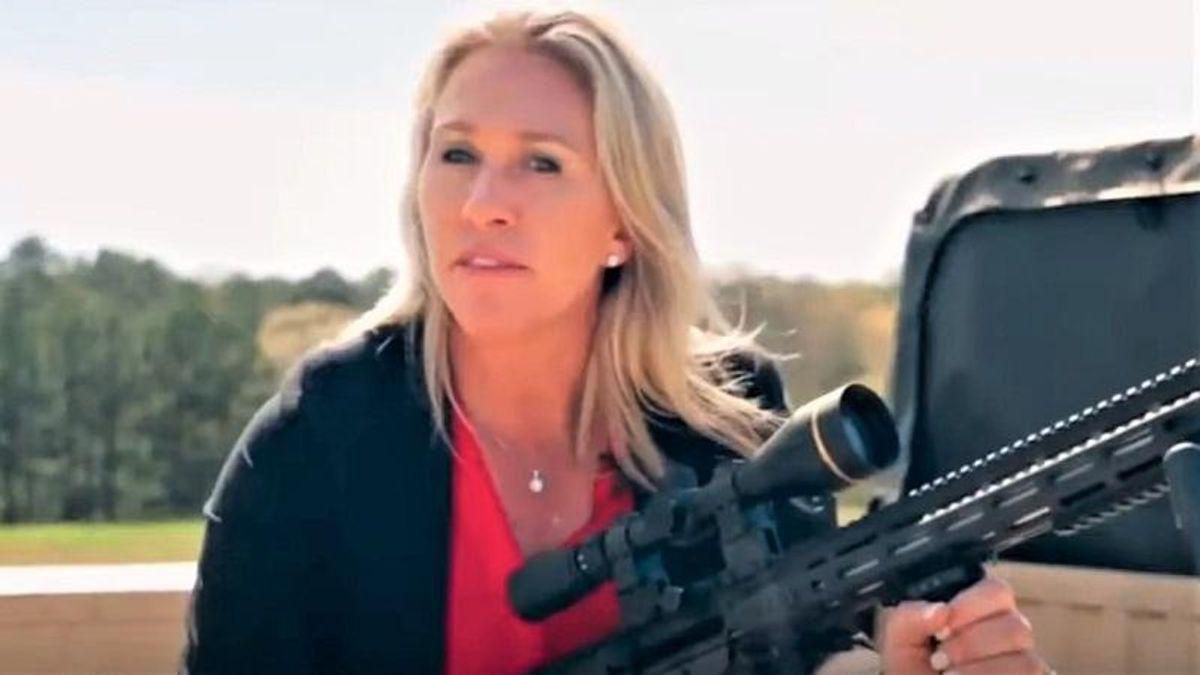 Some of her followers noticed that she jumped to name the shooter when he had a foreign-sounding name but didn’t mention any of the many white mass shooters that have killed Americans over the last year. Others noted that she was wrong about Colorado’s gun laws, as one noted that it’s possible to buy a handgun in Colorado without a permit, contrary to Greene’s claims.

Greene also pointed to the state’s “passing” grade awarded by the Giffords Law Center, the organization former Arizona Representative Gabrielle Giffords leads. According to the Giffords Law Center, which gave Colorado a C+ grade for its gun safety laws, there are still six areas of gun safety legislation it encourages Colorado to consider implementing, including restricting access to assault-style weapons. While it’s always good to have an informed public, it’s never good when that public is more informed than its elected officials (as dubious as their elections might be).

So this shooter, who you're openly giving credit to for his action, is a 'thug,' because he's of Muslim descent.
Yet the #atlantaspa shooter was a 'misunderstood, beleaguered man who'd had a bad day,' because he's white.
Your side's #racism absolutely knows no bounds, does it?

Some Twitter users drew a direct connection between the shootings in the two states and blamed Greene and her colleague Lauren Boebert.

WATCH: Ex-Prosecutor Gives Another Reason Trump Should be Worried About Warrant

Many Democrats who support gun safety legislation support the idea of banning assault-style weapons, like the one used in the Boulder shooting. The 21-year-old man accused of carrying out Monday’s shooting used an AR-15 rifle. According to an Everytown for Gun Safety data analysis of mass shootings between 2009 and 2018, the use of assault weapons and high-capacity magazines led to “far more deaths and injuries” during mass shooting events. Several of the biggest mass shootings in recent U.S. history involved the use of an assault-style weapon, including the shooting at the Route 91 Harvest music festival in Las Vegas in 2017 and the 2018 school shooting at Marjory Stoneman Douglas High School in Parkland, Florida.

REMINDER: It was just a few days ago that Lauren Boebert was tweet bragging about her guns. She and Marjorie Greene are worthless traitors who should be expelled. Your RT and small donation helps us keep the pressure on Congress. https://t.co/igh865Qpj2