A rarely cited part of the 14th Amendment says no one can serve in Congress “who, having previously taken an oath, as a member of Congress . . . to support the Constitution of the United States, shall have engaged in insurrection or rebellion against the same.” Ratified shortly after the Civil War, it was meant in part to keep representatives who had fought for the Confederacy from returning to Congress.

Now Rep. Marjorie Taylor Greene (R-GA) filed a lawsuit on Friday challenging a group of voters is using the 14th Amendment to challenge her eligibility to run for reelection. 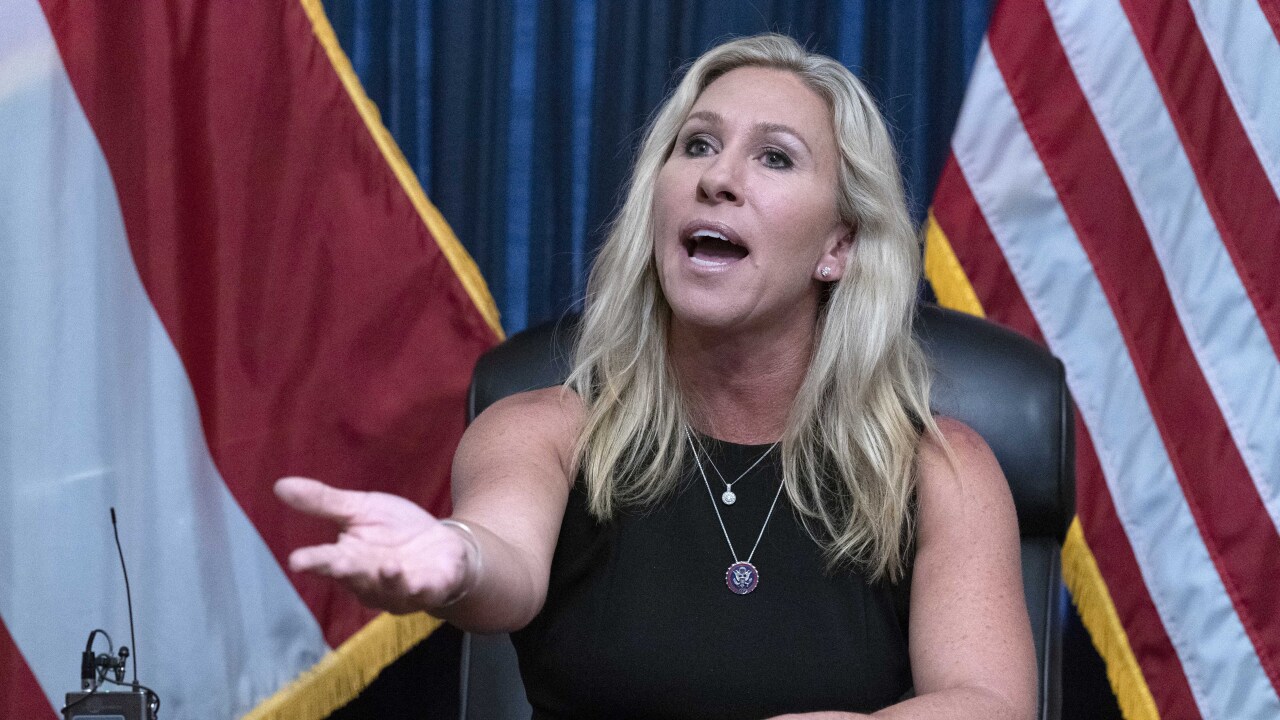 Filed late last month with the Georgia Secretary of State’s Office, the challenge from the group Free Speech For People alleges that Greene helped facilitate the January 6th, 2021, Capitol riot that disrupted Congress from certifying Joe Biden’s presidential election victory. That violates a provision of the 14th Amendment and makes her ineligible to run for reelection, the challenge says.

“The Constitution disqualifies from public office any elected officials who aided the insurrection, and we look forward to asking Rep. Taylor Greene about her involvement under oath”

Georgia law says any voter who is eligible to vote for a candidate may challenge that candidate’s qualifications by filing a written complaint within two weeks after the deadline for qualifying. The Secretary of State must then notify the candidate of the challenge and request a hearing before an administrative law judge. After holding a hearing, the administrative law judge presents their findings to the Secretary of State, who then must determine whether the candidate is qualified. The challenge statute also puts the burden on Greene to prove by a preponderance of the evidence that she didn’t engage in the alleged behavior.

Find out why Georgia voters are challenging MTG’s candidacy for reelection under Section 3 of the 14th Amendment — https://t.co/vvoSbawE5G

The law only requires the people challenging a candidate’s eligibility to file a written statement of why they believe the candidate isn’t qualified, and that automatically triggers the secretary of state’s request for a hearing before an administrative law judge. Greene’s counter-lawsuit asks a judge to declare that the law the voters are using to challenge her eligibility is itself unconstitutional and to prohibit state officials from enforcing it.