Ever since she was removed from her committee assignments, Rep. Marjorie Taylor Greene (Q-GA) has wasted the salary paid by the taxpayers on one publicity stunt after another both on and off the House floor. Greene has repeatedly demonstrated her lack of knowledge about both the government and the world at large, and a recent gaffe from the Conservative Political Action Conference (CPAC) in Florida in late February that surfaced on Tuesday brought Greene the kind of negative attention she craves the most. Greene said during her appearance: “I’m a regular person. And I wanted to take my regular-person, normal, everyday American values, which is, we love our country. We believe our hard-earned tax dollars should just go for America, not for what? China, Russia, the Middle East, Guam, whatever, wherever.”

Guam is, of course, a territory that is part of the United States, but Greene and facts aren’t very well acquainted. In response to lumping his Pacific Island home in with those other troubled overseas areas, Michael F. Q. San Nicolas, Guam’s delegate in the House, told The Guam Daily Post, “Congresswoman Greene is a new member, and we will be paying a visit to her and delivering delicious Chamorro Chip Cookies as part of our ongoing outreach to new members to introduce them to our wonderful island of Guam.”

Nobody warmed the Greene office that Del. San Nicolas was on his way…with the entire Guam National Guard. And so when they reached her door, her terrified staff stammered and stalled the group with weak excuses while Greene most likely was hiding behind the door.

Greene never materialized, but she released a response on Tuesday that’s about what everyone has come to expect of her. Instead of directly addressing her mistake in misidentifying Guam as a foreign country, she accuses her Democratic colleagues of “politicization of the military”.

Read Greene’s letter in full, below. 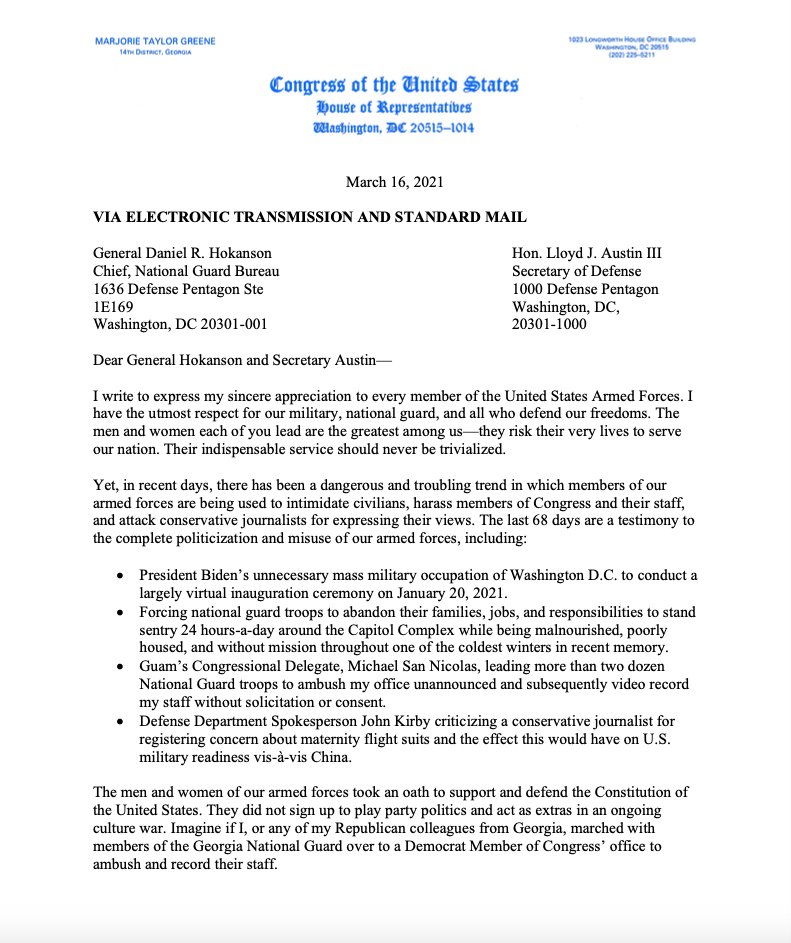 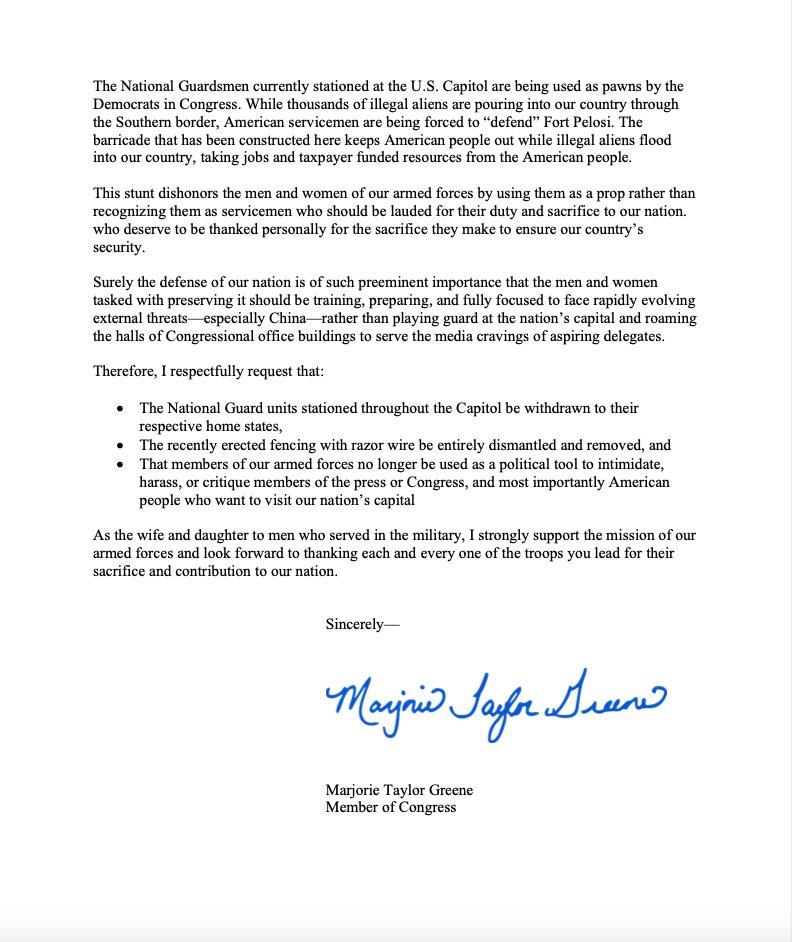