A top candidate in the Republican primary for Oregon governor has confirmed he was part of an invite-only Portland swingers group for swapping sexual partners.

Stan Pulliam, who is the mayor of Sandy, Oregon, said in a press statement that he and his wife, MacKensey, “briefly explored relationships with other couples” beginning in 2016 before “deciding to focus solely on each other, our marriage, and our family.” Pulliam has raised nearly $1 million in the race for governor. Some polls have ranked him as the No. 2 contender for the GOP nomination. He said he has no plans to drop out of the race. 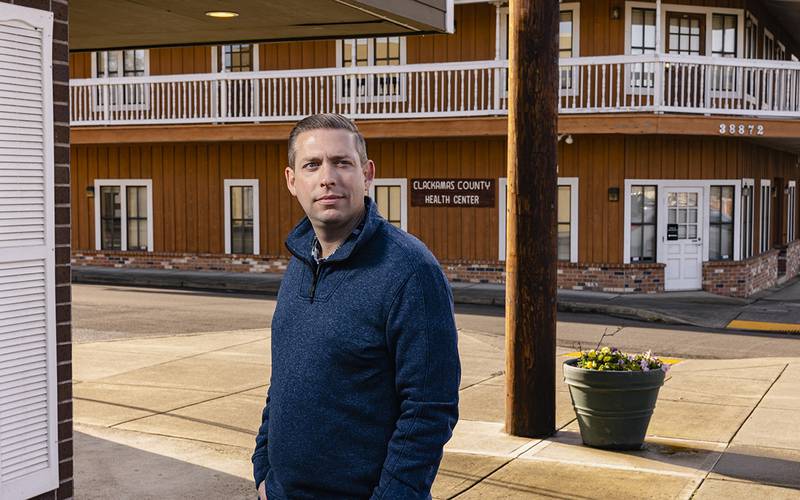 In an interview with Portland’s Willamette Week, which first reported about the couple’s involvement in the swingers group, Pulliam acknowledged the existence of screenshots from the group circulating online but said annotations claiming he was bisexual and yet publicly aligned with anti-LGBTQ groups were false.

In an interview with me and @rachelamonahan this afternoon, GOP candidate for governor @StanPulliam explained his past participation in a Portland swingers group. https://t.co/XwHkkFF2Zc

Gov. Kate Brown came into office claiming “transparency” then she continued to break her own promises. As your Governor, I WILL have complete transparency. #orpol #orgov https://t.co/43eBNeygZ7

On his website, Pulliam calls himself a “proud pro-life, pro-2A, pro-medical freedom, and pro-private-property rights conservative.” Pulliam also says his past sexual activity is “consistent with the values” on which he’s built his campaign. “In Oregon, we really cherish values of individuality and liberty,” Pulliam says.

Meet #Oregon Republican #orgov candidate Stan Pulliam, who campaigns on "traditional family values" while in a swingers' club with his wife: https://t.co/weCqXpyM9E

LISTEN: Mayor of Sandy, OR @StanPulliam explains why he is encouraging business owners to defy the state's COVID-19 restrictions #nine2noon pic.twitter.com/UY0SJu8QUI

It is unclear what effect the revelation will have on the Republican primary. Despite his statements, Pulliam is still being excoriated for his extreme right-wing views and support of Trump’s Big Lie regarding the 2020 Presidential election along with the swingers club revelations. Pulliam called the 2020 election “fraudulent” last weekend and told the Oregon Capital Chronicle on Monday that he had “doubts about the integrity” of Oregon’s vote-by-mail system.

Yet another Oregon gubernatorial candidate with significant ties to school boards and anti-mask shit.

Marc Thielman and Stan Pulliam – who else wants to play this shit game where you build your platform on taking away COVID safety measures from kids at school? https://t.co/QKQ67U1JAX

Will your SWINGERS be masked? “explored relationships, mutual relationships with other couples” pic.twitter.com/jI8YR3xoVQ

Oregon Gov Says Feds Are Leaving Portland, But Feds Say Not Just Yet

Federal Officers May Be “Permanently Blinded” By Portland Protesters