Former Louisville detective Brett Hankison took the stand in his own defense on Wednesday and testified about his actions during the police raid that left Breonna Taylor dead. Hankison is not on trial for the 26-year-old Black woman’s death but for firing bullets that went into an adjacent apartment, endangering a pregnant neighbor, her young child, and her boyfriend.

Hankison said the gunfire began with a muzzle flash that illuminated a shadowy silhouette, and he thought it was someone firing an automatic rifle at his fellow officers. 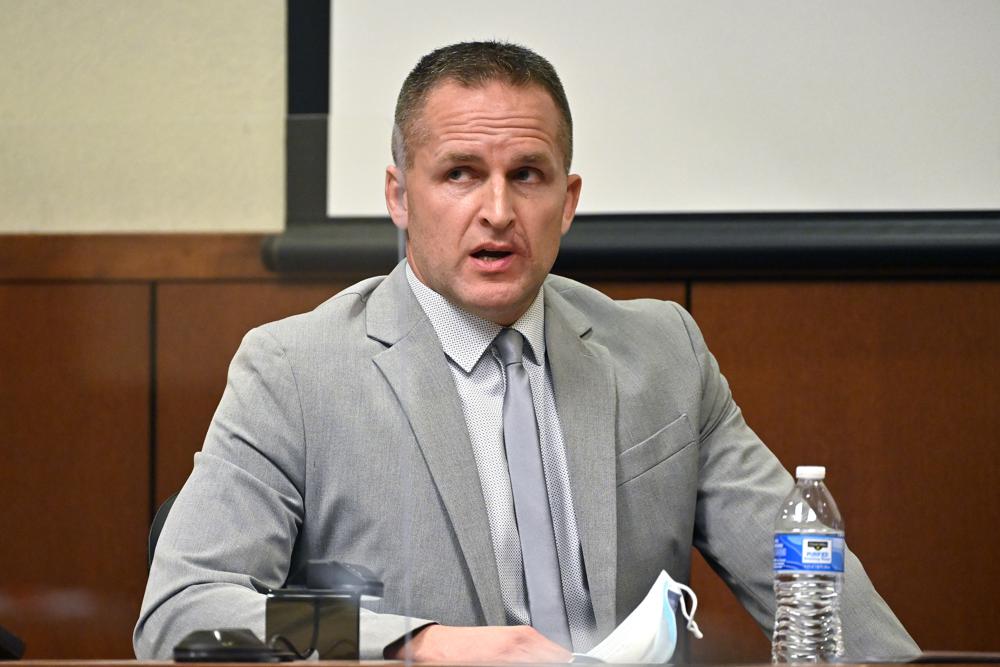 Hankison was fired by police for shooting “blindly” during the raid on March 13, 2020. He fired 10 shots, none of which hit Taylor or her boyfriend, Kenneth Walker. Walker told investigators that he had fired a single shot with a handgun because he thought intruders were breaking in. Walker’s bullet hit Sgt. Jonathan Mattingly in the leg, and Mattingly and another officer, Myles Cosgrove, opened fire in response, killing Taylor. No police were charged with the Black woman’s death.

"Breonna Taylor should not have died that night": The prosecution told the jury on Wednesday that the case of former Louisville Metro police officer #BrettHankison is not about deciding who was responsible for #BreonnaTaylor's death in March 2020. @LawCrimeNetwork pic.twitter.com/xZ31IGYxsE

Hankison testified that as a police battering ram broke open Taylor’s door, the blast of a gun lit up the apartment’s hallway and his fellow officer fell wounded in the doorway. He said he thought the muzzle flash matched that of a long rifle, but no rifle was found in the apartment. Asked if he “did anything wrong” during the raid, Hankison replied, “absolutely not,” even though he acknowledged firing into the window and patio door. As for Taylor, he said, “She didn’t need to die that night.” Breonna Taylor’s mother, Tamika Palmer, then stormed out of the courtroom.

Since her murder, countless women have come forward about Brett Hankison sexually assaulting them. This man should’ve never had a badge 🤬 pic.twitter.com/yZsv5kpsrV

Hankison testified earlier in the day that he decided “to get out of that fatal funnel as quickly as possible and get to a location where I can return rounds,” so he ran around a corner where he could see more muzzle flashes through a sliding glass door and a bedroom window, despite their closed blinds and curtains. Prosecutors cast doubt on whether Hankison could see through the front door and why he retreated to fire into the side of Taylor’s apartment.

WATCH: Laura Ingraham Says Systemic Racism is a Lie and the Media Should Know Better Than to Cover It