WATCH: Lawrence O’Donnell Explains Why Clarence Thomas is Very, Very Much Out of Control

A federal jury convicted a former Virginia police officer on Monday of storming the U.S. Capitol with another off-duty officer to obstruct Congress from certifying President Joe Biden’s 2020 electoral victory.

Jurors convicted former Rocky Mount police officer Thomas Robertson of all six counts he faced stemming from the January 6th riot, including charges that he interfered with police officers at the Capitol and that he entered a restricted area with a dangerous weapon, a large wooden stick. 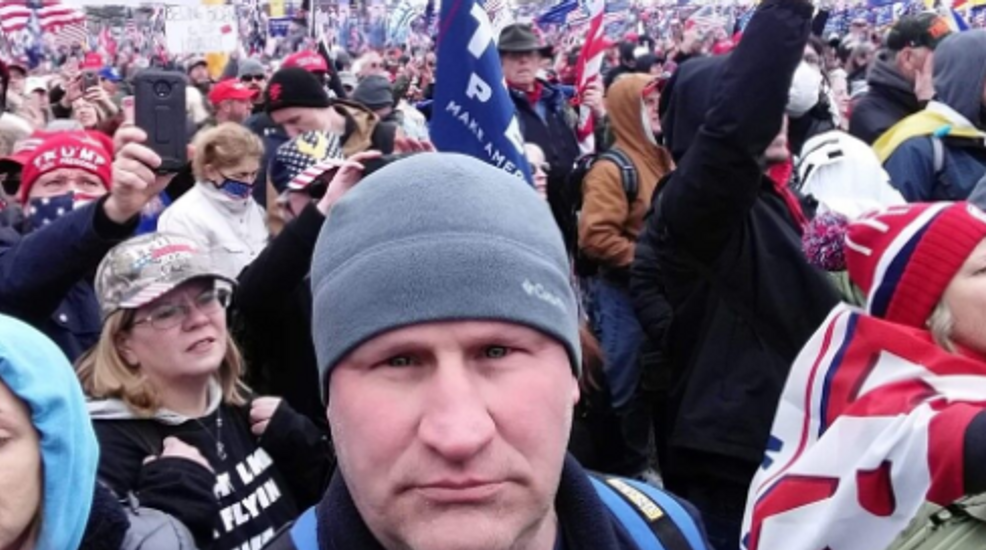 Robertson’s jury trial was the second among hundreds of Capitol riot cases. The first ended last month with jurors convicting a Texas man, Guy Reffitt, of all five counts in his indictment. Robertson, who has been jailed since July when he violated the terms of his pretrial release by possessing firearms, didn’t testify at his trial, which started last Tuesday. The jury deliberated for several hours over two days before reaching their unanimous verdict.

NBC: Former Virginia cop, and Jan 6 seditionist, Thomas Robertson convicted on all 6 counts charged, including felony counts. He didn’t think a jury would convict. His close friend, fellow cop and Trump follower Jacob Fracker, testified against him for a reduced sentence. Asshole

The last charge stems from his alleged post-riot destruction of cellphones belonging to him and Jacob Fracker, a key witness for prosecutors in his case who also served on the Rocky Mount police force and viewed Robertson as a mentor and father figure. Fracker was scheduled to be tried alongside Robertson before he pleaded guilty last month to a conspiracy charge and agreed to cooperate with authorities. Fracker testified Thursday that he had hoped the mob that attacked the Capitol could overturn the results of the 2020 presidential election. He also testified that he initially believed that he was “merely trespassing” when he entered the Capitol building. However, he ultimately pleaded guilty to conspiring with Robertson to obstruct Congress.

Trump Reacts to Giuliani Suspension While Trying Out New Slogan

Fracker said that they weren’t members of the Proud Boys and Oath Keepers, and if they discussed them, they "were probably making fun of them.” pic.twitter.com/9Gv1J0ZQEF

Jurors had also been shown some of Robertson’s vitriolic posts on social media before and after the Capitol riot. In a Facebook post on November 7, 2020, Robertson claimed that “being disenfranchised by fraud is my hard line. I’ve spent most of my adult life fighting a counter insurgency. (I’m) about to become part of one, and a very effective one,” he wrote.

More than 770 people have been charged with federal crimes related to the riot. Over 250 of them have pleaded guilty, mostly to misdemeanors. Robertson’s sentencing hearing has yet to be scheduled.