I have a theory that Donald Trump is deliberately choosing the worst people to back in the 2022 midterms just so they’ll all lose, then they can all call for their “forensic audits” of the elections and hold up the swearing-in of a new Congress. It’s all part of Putin’s plan to dismantle the American voting system from within, which began with Trump’s campaign announcement in 2015 and continues to this week, when Trump put all of his weight behind another unproven candidate in Ohio, a battleground state Republicans desperately need.

JD “Hillbilly Effigy” Vance used to be a Trump critic like a lot of Republicans, but Merriam-Webster might as well put a picture of him next to the entry for “opportunistic,” that’s how cravenly ambitious JD is. I mean, he’s gone from somewhat respectable literary darling to full-on xenophobic racist in a remarkably short amount of time. 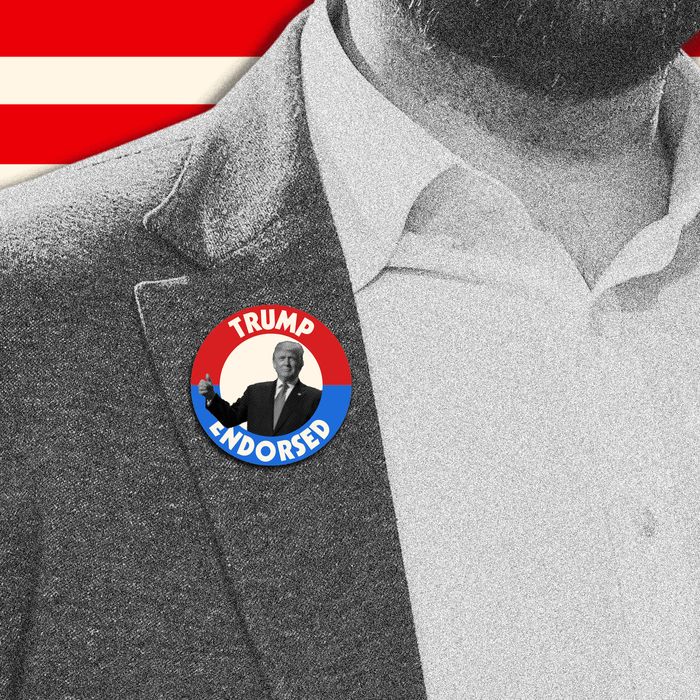 If Trump’s own lackey Jim Jordan isn’t happy about the Vance endorsement, you know something’s up. Jordan would do almost anything for Trump, including lying about whether or not they spoke on January 6th (they did), so for “Gym” to openly split from his beloved Dear Leader is a glaring red flag. But Gym’s not alone in this (like he was in the showers at Ohio State watching Coach Strauss sexually assault wrestlers, but that’s a George Clooney docuseries for another time), dozens (DOZENS!) of Ohio Republican leaders are trying to get Trump to change his mind. And good luck with that, truly. Trump only listens to Daddy Vlad, and even then I’m sure he only half-listens.

It's official. Donald Trump just called me "dangerous" to Republicans in a "tough race" and threw his support behind JD Vance.

Vance is a Silicon Valley elitist and a phony, and we'll beat him come November.

The Ohio Republicans wrote Trump a letter, already a bad move because we all know the guy doesn’t read. I give them credit for trying–they used bullet points and probably all-caps in 48 pt in an attempt to get his attention, bless their hearts. But they really tried! They went straight to his ego and reminded Trump of Vance’s past comments, including references to potentially supporting Hillary Clinton and comparing TFG to “another opioid.” I feel their pain, because I also tried a similar tactic in December 2016, but he didn’t listen to me, either.

NEW: In past comments, OH Senate candidate JD Vance said Republicans used a 30 year strategy of antagonizing minorities to win elections and said white working class voters lack of church attendance was a cause of their Trump support in 2016.https://t.co/kap1dXaFMr pic.twitter.com/WIGI1BErj5

They know how to pour the ketchup on thick, though, I’ll give them that:  “We know there are many qualified candidates in this race who have stood up for the America First agenda over the years and have carried the Trump mantle over the years, again with the notable exception of JD Vance,” they wrote. “While we were working hard in Ohio to support you and Make America Great Again, JD Vance was actively working against your candidacy.”

In September 2016, in an interview with me on @AJUpFront, JD Vance accused Trump of "exploiting" racism and "people's fears: "I think he is leading people in a very dark direction."https://t.co/GbYAklsXOI https://t.co/lO9dOtBzXx pic.twitter.com/dDBknb6HMB

In a campaign marked by one shameless act after another desperately seeking traction, JD Vance releases an ad that starts with, “Are you a racist? Do you hate Mexicans?” And ends with blaming the border for his mother’s long-term addictions. pic.twitter.com/vnSw7P5wFh