Some Progressive DA’s Vow Not to Enforce Anti-Abortion Laws If Roe v. Wade Is Overturned [VIDEO]

Payton Gendron,18, faces 26 counts of hate crimes and firearms offenses, according to the charges. The complaint further alleges that Gendron’s motive for the mass shooting, which he live-streamed on the Internet, was to prevent Black people from replacing white people and eliminating the white race, and to inspire others to commit similar attacks. 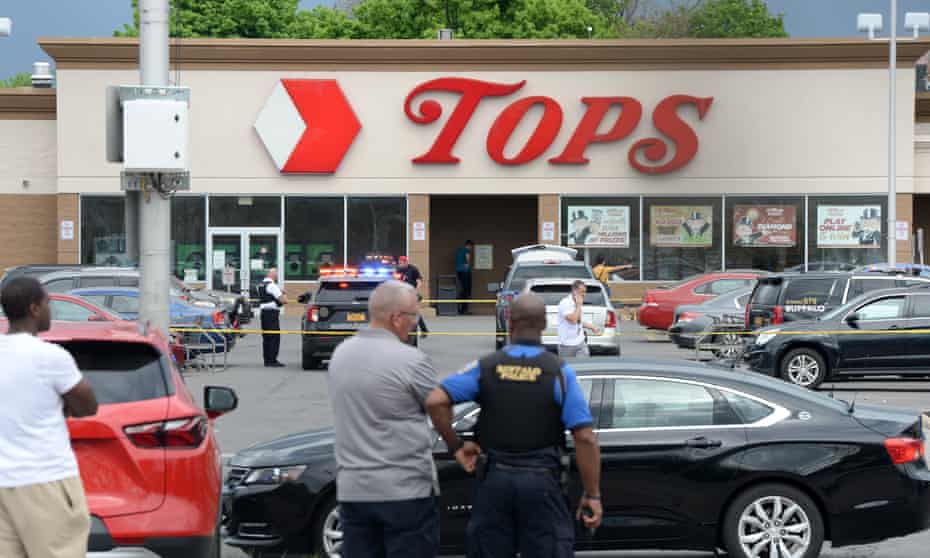 The DOJ’s complaint outlines in detail how Gendron dressed in body armor and deliberately moved through the store to target as many Black people as he could before he was taken into custody by Buffalo police. When he was taken into custody, officers recovered the rifle used by Gendron in the attack. The rifle had various writings on it, including racial slurs, the statement “Here’s your reparations!,” and the phrase “The Great Replacement.” Investigators have determined that Gendron fired approximately 60 shots during the attack. Two other firearms, a loaded 12-gauge shotgun, and a loaded bolt-action rifle, as well as three loaded rifle magazines, were recovered from Gendron’s vehicle after the massacre.

Payton Gendron, the white 18-year-old accused of shooting dead 10 Black people at a supermarket in Buffalo, N.Y., has been charged with 26 counts of hate crimes and firearms offenses by federal prosecutors. pic.twitter.com/V6Q3XREKH6

Upon conviction, the charges in the complaint carry a maximum penalty of life imprisonment or the death penalty. Gendron is currently in state custody pending state criminal charges.

WATCH: Adam Schiff Says He Has “Yet To See Evidence” DOJ Is Seriously Investigating Donald Trump

WATCH: Louie Gohmert Complains That Republicans Can’t Get Away With Lying To Congress