Listen: Sean Hannity Admits That He is Not a Journalist, He’s a Talk Show Host

Only two members of the Republican Party attended the commemoration of the first anniversary of the January 6th attack on the Capitol, and only one of those two is an active elected official.

Rep. Liz Cheney (R-WY), the Vice Chair of the House Select Committee investigating the insurrection, arrived at the Capitol on Thursday on the arm of her father, former Vice President Dick Cheney, who took the opportunity to criticize his fellow Republicans and express his disappointment in the way they’ve handled themselves under Donald Trump’s influence. “It’s not a leadership that resembles any of the folks I knew when I was here for 10 years,” Dick Cheney told reporters after exiting the House floor following a moment of silence in recognition of the lives lost on January 6, 2021. 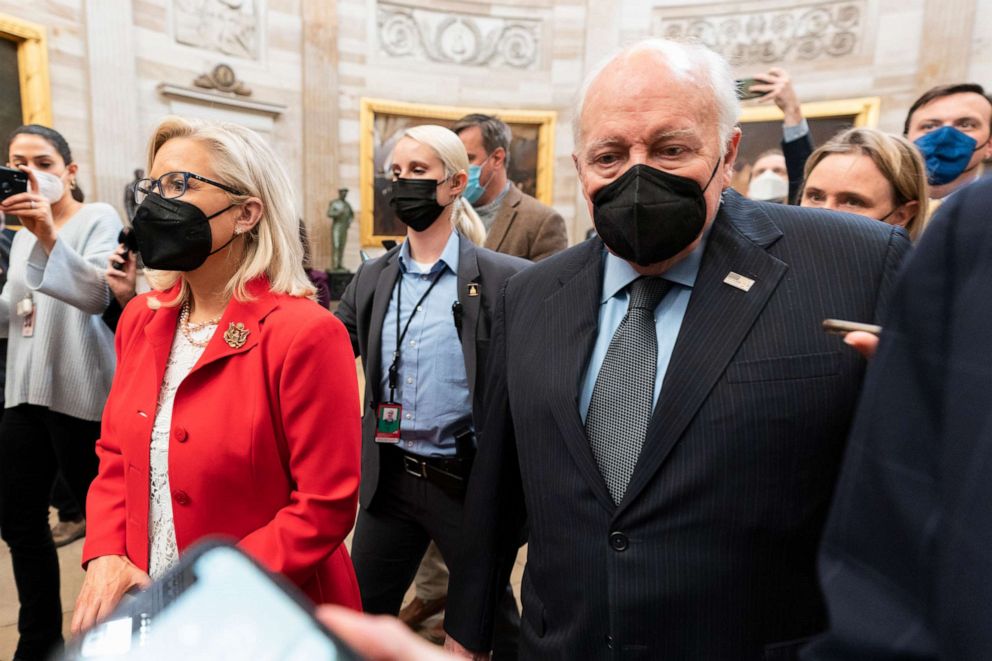 Dick Cheney, who served for a decade as a House lawmaker from Wyoming and has previously expressed his disdain for Trump, echoed many of the comments previously made by his daughter regarding the rest of the Republican Party. “I’m deeply disappointed we don’t have better leadership in the Republican party to restore the Constitution,” the former VP told ABC News earlier on Thursday.

NBC News: During the moment of silence on the House floor — to remember the officers who lost their lives — former Vice President Dick Cheney was on the floor with his daughter, Rep. Liz Cheney.

They were the only two Republicans in the House chamber. @NBCNews

The former vice president was loudly criticized by Democrats for being an architect of the Iraq War nearly two decades ago, but the party’s leaders on Thursday said they were honored by his presence, with House Majority Leader Steny Hoyer (D-MD) noting lawmakers were lining up to speak with him.

"I'm deeply disappointed we don't have better leadership in the Republican Party to restore the Constitution…it’s not a leadership that resembles any of the folks that I knew when I was here for 10 years — dramatically."

Asked why he came to the Capitol this day, Cheney told the press, “It’s an important historical event,” referring to the anniversary of the insurrection. “You can’t overestimate how important it is.” He also indicated he was there because of his daughter, who had lived through the attacks and is one of two Republicans serving on the House Select Committee. “She’s doing a hell of a job. I’m here to support her,” as well as to mark the day.

FYI You don’t have to pat Dick Cheney on the back for saying one correct thing.

Rep. Liz Cheney echoed her father’s sentiments about where their party is at the moment. “I think a party that is in thrall to a cult personality is a party that is dangerous to the country, and I think we clearly have got to get to a place we are we are focused on substance and on issues.”

“We Ought To Have Went With Guns” — If You Think The January 6th Attack Is Over, You Aren’t Listening

WATCH: Tucker Carlson Deflects From January 6th News by Obsessing Over the Sexiness of M&M’s

[WATCH] Ari Melber Gets Navarro and Epshteyn to Further Incriminate Themselves

Donald Trump Is Running Out Of Lawyers