Speaking at a rally in Texas on Saturday, Donald Trump praised Canadian protesters for “resisting bravely these lawless mandates”, in a sign the politicization of the pandemic seen mostly south of the border has spread north. Trump had recently received pushback from his base after encouraging them to follow his example by getting vaccinated and boosted, but Trump knew what his crowd wanted to hear.

In solidarity with the Ottawa rally, truckers and protesters have blocked a Canada-U.S. border crossing in southern Alberta. Dozens of trucks and other vehicles blocked the downtown area of Ottawa for a second day after thousands descended on Canada’s capital city on Saturday to protest against Prime Minister Justin Trudeau and COVID-19 vaccine mandates. 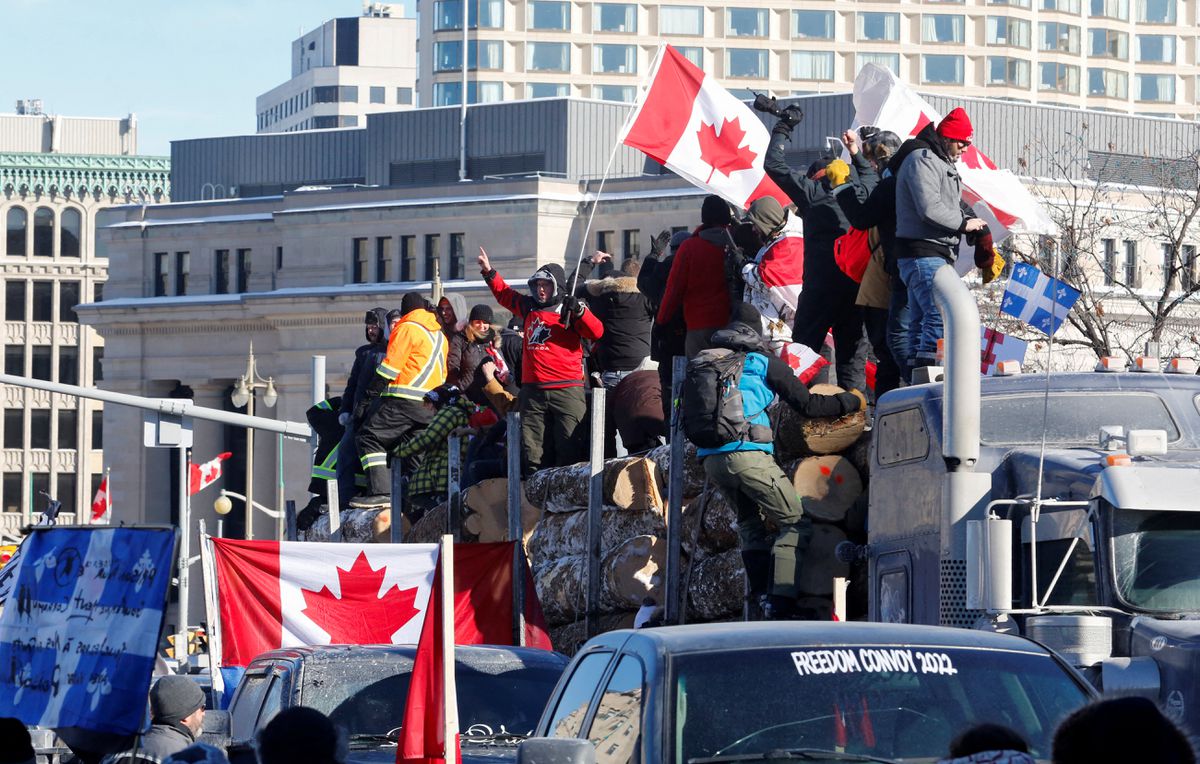 The demonstration had started out as a protest against a vaccine requirement for cross-border drivers, but quickly turned into a demonstration against the Trudeau government with a strong anti-vaccination streak. Trudeau and his family left their downtown Ottawa home on Saturday “out of security concerns;” earlier this week Trudeau had said the convoy represented a “small fringe minority” who do not represent the views of Canadians, making his family a target for the exact people he was warned citizens about.

I am sickened to see protesters dance on the Tomb of the Unknown Soldier and desecrate the National War Memorial. Generations of Canadians have fought and died for our rights, including free speech, but not this. Those involved should hang their heads in shame.

About 90% of Canada’s cross-border truckers and almost 79% of the population has had two COVID-19 vaccine shots. Canada is now in the middle of a spike in Omicron variant cases that is straining hospitals.

Canada’s Conservative Party supported the protest, which aimed a lot of its anger – in signs and chants – directly at Trudeau. The right-wing People’s Party of Canada, which holds no seats in parliament, turned out at the rally.

Ottawa Mayor Jim Watson said some protesters had harassed a soup kitchen, demanding free meals because their refusal to wear masks meant they were not to order in restaurants, according to an interview with the CBC. “You have the right to protest, you’ve had your protest, please move on,” Watson said.