Kevin McCarthy lied to the American public about what he and Donald Trump discussed regarding the January 6th insurrection at the Capitol. Leaked audiotapes–more of which have yet to be released–revealed that McCarthy spoke with Rep. Liz Cheney (R-WY) in the days following the riot where they discussed Trump’s mental state and whether or not he should resign.

Trump isn’t known for going easy on the people who are perceived as disloyal to him, but McCarthy was doing a lot of damage control from the time the story first broke late Thursday. McCarthy reportedly had a “positive” call with Trump and appeared to be suffering little political blowback from his party following the release of audio in which he suggested Trump should resign shortly after the January 6th Capitol insurrection. 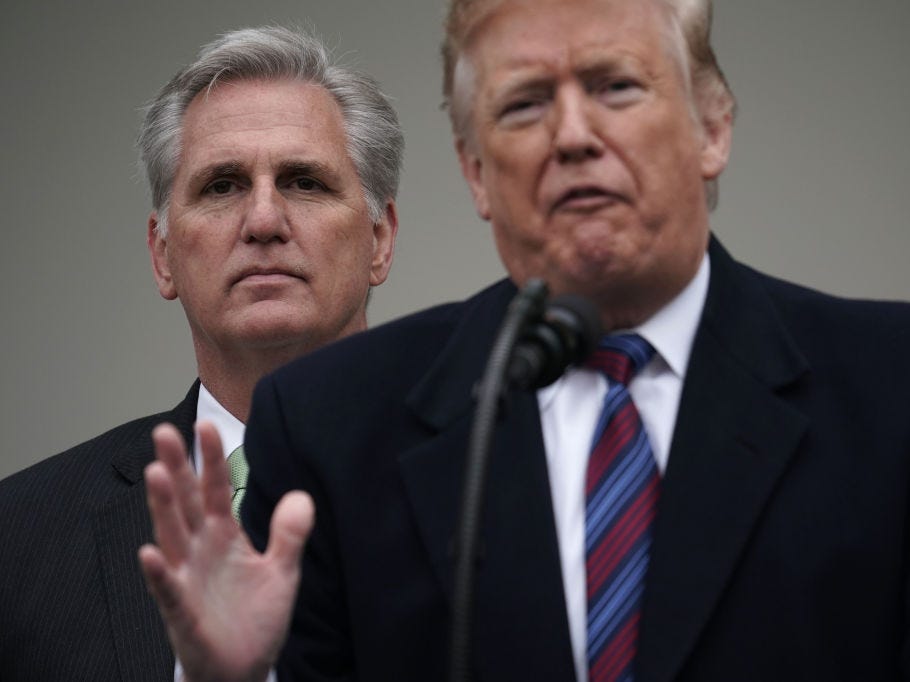 McCarthy released a statement Thursday challenging the report, calling it “totally false and wrong.” His spokesman, Mark Bednar, told the newspaper, “McCarthy never said he’d call Trump to say he should resign.” But in the recording of a discussion from January 10, 2021, McCarthy is clearly heard discussing the Democratic effort to remove Trump from office and saying he would tell Trump, “I think it will pass, and it would be my recommendation you should resign.”

CNN just broadcast new audio of McCarthy unambiguously blaming Trump for the January 6 attack during a House Republican Conference call on January 11, 2021. In the audio, McCarthy also claims Trump acknowledged to him that he bears responsibility for January 6. pic.twitter.com/qH7vPdS1Qf

McCarthy worked swiftly to shore up support among Republicans, calling and texting many rank-and-file lawmakers about his conversation with Trump as he rushed to contain the political fallout despite the tapes being played on mainstream media outlets.

“I’m not mad at you,” Trump told McCarthy in a call Thursday afternoon, according to two people familiar with the conversation who spoke anonymously to the Associated Press. McCarthy and his office did not immediately respond to the AP’s requests for comment about the Trump call.