Democrats on the House Natural Resources Committee asked the Justice Department on Wednesday to investigate whether a Trump administration interior secretary engaged in possible criminal conduct while helping an Arizona developer get a crucial permit for a housing project.

David Bernhardt, who led the Interior from 2019 to 2021, pushed for approval of the project by developer Michael Ingram, a Republican donor and supporter of Donald Trump’s, despite a federal wildlife official’s finding that it would threaten habitats for imperiled species, according to the criminal referral. 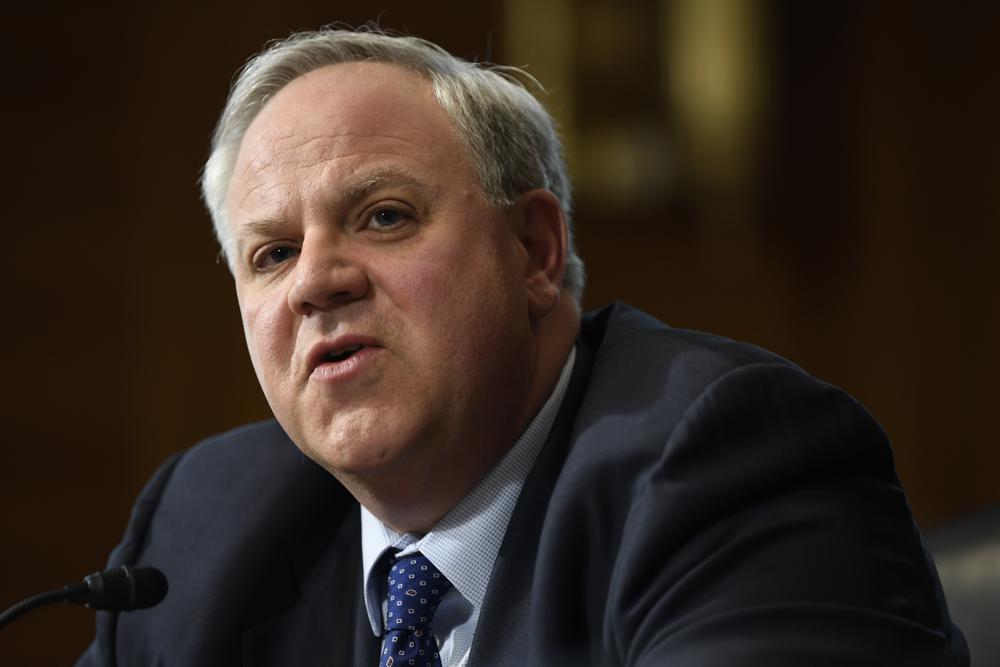 Bernhardt was the No. 2 official at the department in 2017 when the Fish and Wildlife Service, an Interior Department agency, reversed its opposition to the Villages at Vigneto, the proposed 28,000-home development in southern Arizona, and allowed it to move forward. A high-ranking interior official had said issuing a Clean Water Act permit for the project could adversely affect endangered species or critical habitats in the area. The region is home to birds such as the southwestern willow flycatcher and yellow-billed cuckoo, as well as the northern Mexican garter snake.

The other thing Porter did today is criminally refer former Trump Interior Secretary David Bernhardt over a kickback scheme of favorable regulatory treatment for a $250,000 donation to the Trump victory fund https://t.co/DPxt02Ceca https://t.co/0UOBP6JoZf

Democrats Reps. Raúl Grijalva of Arizona, the committee chairman, and Katie Porter of California, who leads a subcommittee on oversight and investigations, made the referral in a letter to Attorney General Merrick Garland. They said the committee has conducted an extensive investigation into the circumstances surrounding the 2017 decision. Their referral details how Ingram “had frequent access to high-ranking officials across the Trump administration,″ including Bernhardt, then-Interior Secretary Ryan Zinke, and then-Environmental Protection Agency (EPA) head Scott Pruitt, Democrats said. Zinke, who led Interior from March 2017 to January 2019, met with Ingram in May 2017 and April 2018, the Democrats said in documents submitted with the referral. Zinke and his staff emailed Ingram multiple times, using personal email addresses.

In their referral, Democrats say developer Ingram met with Bernhardt in August 2017, two weeks before a Fish and Wildlife official received the phone call directing him to reverse the decision blocking the project. The meeting was not disclosed in Bernhardt’s public calendar or travel documents. Two months later, Ingram made a $10,000 donation to the Trump Victory Fund. The permit was approved later that month. At least nine other donors associated with Ingram also donated to the Trump Victory Fund in the days after Ingram’s donation.

Real estate developer Mike Ingram and 12 other Arizona developers donated nearly $250,000 to Trump’s campaign fund and the RNC in exchange for @USFWS reversing its decision related to a Clean Water Act permit for the massive Villages at Vigneto development in Benson, AZ.