Arizona MAGAMan Rep. Paul Gosar, who’s been censured by the House and removed from his committee assignments for spreading dangerous QAnon conspiracy theories, posting violent images of his Congressional colleagues, and other general terrible Qrazy behavior, is listed as a “special guest” with the white nationalist American Populist Union at an event in Tempe that will be on a date popular among white nationalists and Neo-Nazis: Hitler’s birthday, April 20th.

But Gosar’s campaign says he isn’t attending and it doesn’t know how he was listed as a guest of honor, even though Gosar promoted his scheduled appearance on social media. 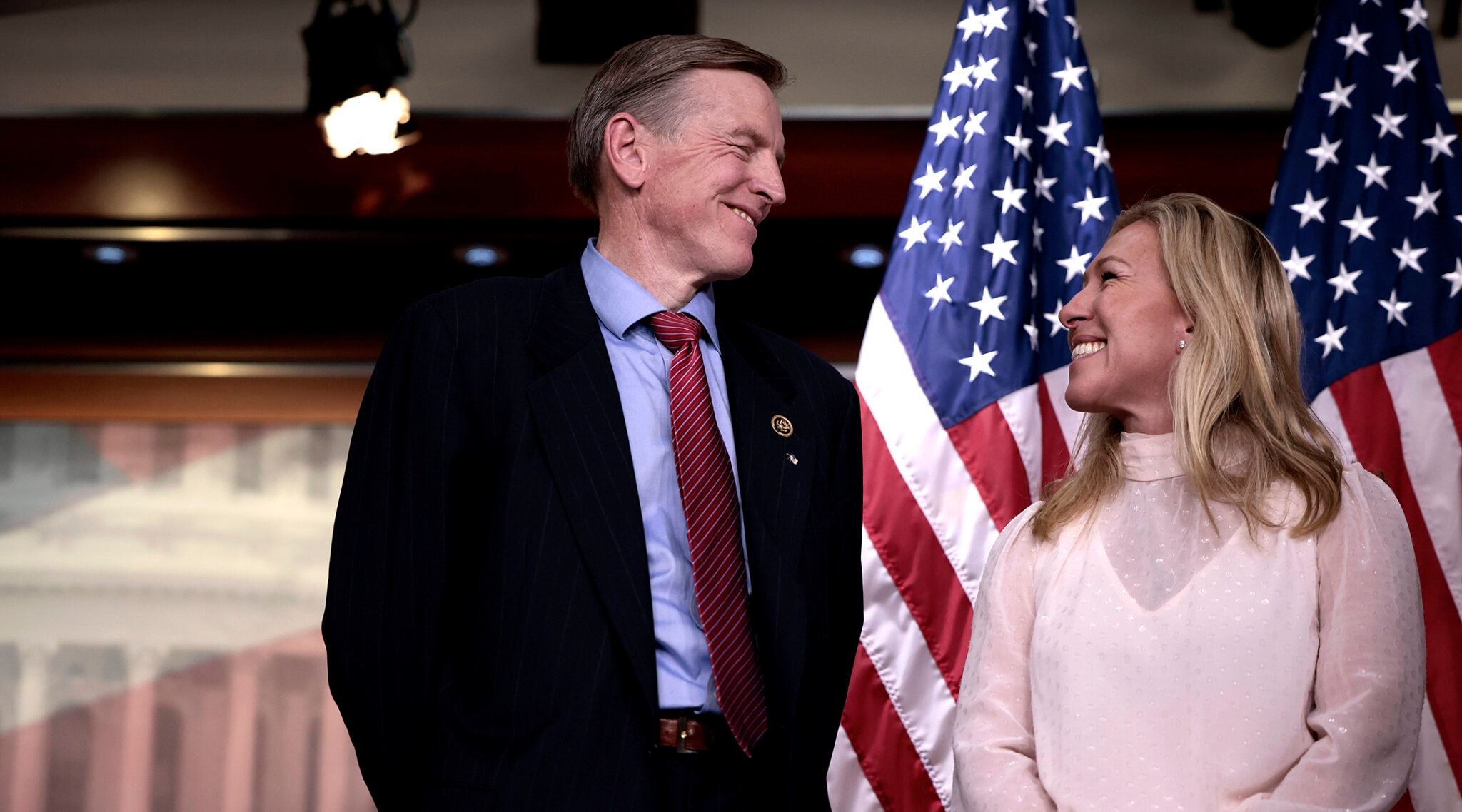 Gosar has aligned with other famous white nationalists like Nick Fuentes, the head of the “groyper” movement (and have you heard anything dumber than that word? They’re the ones still using the dumb 2016 frog memes, because hateful people are also usually really stupid. Fuentes hosted Gosar and Marjorie Taylor Greene at his White Nationalist AFPAC convention where they gleefully deny the Holocaust.

After the Arizona Mirror published the story about Gosar, his campaign contacted the paper to correct them, but I think we all know that if Nick Fuentes and his Hitlerettes are coming to Tempe, Gosar won’t want to miss out on all of the white supremacist fangirling.

NEW: Republican Congressman Paul Gosar is scheduled to attend another white nationalist event; this one scheduled for April 20, Hitler's birthday, per @Salon. Only days ago, he blamed his *last* white nationalist conference visit on a “miscommunication” by his staff.

We’re not supposed to have Nazis in Congress who openly support sedition and treason along with antisemitism and racism, but we live in 2022, so all I can say is, sorry about Congress not doing more to expunge the haters.

Republicans were actually mad about Madison Cawthorn‘s orgygate but have been largely silent during Paul Gosar’s “why do I keep hanging out with white nationalists” gate.