I’m not really an “I told you so” person, mainly because it never matters when you tell someone “I told you so.” There’s a long history of me telling men things and them discrediting me because I’m a petite woman, but I’ve been right about a lot of things that those men told me I wasn’t right about, and then when I was proven right they just shrugged it off. One example: In 2007, when I was a radio DJ on KNRK in Portland, Oregon, I told my male bosses we should stream the station online. “Why would we want to do that?” they asked. A year later, we were streaming online. I also told my first radio boss in 1993 that both Beck and Radiohead were going to be enormous, not the one-hit wonders people thought they were and he was all, “NAH!” I could go on, so I will.

Back in September 2021, which I know feels like eleven years ago, I interviewed Joe Kent, the MAGA challenger hand-picked by Trump to challenge incumbent Rep. Jaime Herrera Beutler in Washington State’s 3rd District, where I lived at the time (I’ve very recently moved across the river into Portland, Oregon, and that’s going to result in some interesting future commentary, I’m sure). Aside from being horrified by his entire existence as an “America First” MAGAt who refuses to vaccinate his own kids, Rand Paul Lite also told me he was going to challenge not just the results of his race if he lost, but all the races in November 2022. And this was on LABOR DAY 2021, when I probably could’ve also been physically attacked by Proud Boys. But it’s fine. 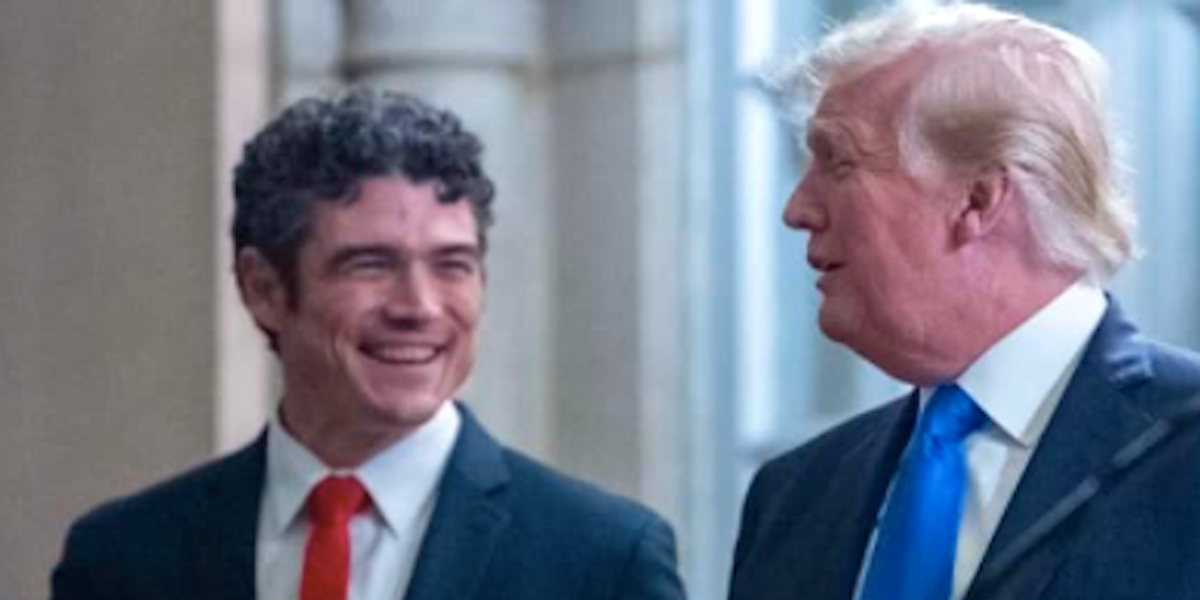 The MSM has finally picked up on this fact that I shared 152 days before writing this, but we’re just one little internet news outlet over here, and it’s super fun to be ignored en masse while also getting death threats for simply speaking the truth about Joe Kent and Matt Gaetz, who are just terrible examples of sub-humanity surrounded by somehow worse people.

I was wondering why the big VIP fundraiser hosted by Matt Gaetz for MAGA congressional candidates Joe Kent and Anthony Sabatini was moved from the Presidential Suite at Trump Doral to the golf clubhouse lobby last night. Now I know. 5 people who showed up couldn’t cover overhead. pic.twitter.com/WmxxIswH8W

But ANYWAY, here’s POLITICO talking about it.

They are going to steal the election using weak local laws and unprepared Democratic reps. What is the plan to stop this @DNC? — ‘It’s going to be an army’: Tapes reveal GOP plan to contest elections https://t.co/VPQu9nOrwy via @politico

Here’s Rachel Maddow talking about it.

Rachel Maddow talks about something I’ve been writing about @HillReporter since @joekent16jan19 told me in September how Trump’s lackeys are going to call for “forensic audits” of all races they lose. But not in ‘24, @Maddow. They’re going to do it in November 🤬 #ProtectTheVote pic.twitter.com/pe4DnCFRlF

Please pay attention. Trump and his handpicked MAGAt candidates would rather see our voting system dismantled and rebuilt to their specifications than learn how to accept loss like adults.

The Republican conspiracy to conduct another coup at the ballot box – this time using attorneys and corrupted election officials – should not only terrify every American, but even wake up dozing Democrats who have 5 MONTHS to stave off crisis. @Politico: https://t.co/USseIHQu3U