Regrets, they’re having a few.

Reportedly many white women who supported Donald Trump in his 2016 successful bid for the White House are backtracking in time for the 2020 vote. Regardless of what outrageous act served as the tipping point, it is better late than never. 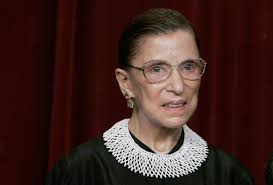 With the recent passing of Ruth Bader Ginsburg, Supreme Court Justice, perhaps a light is rightfully shining on what true integrity looks like in a woman who was a leader, wife, mother, grandmother, and human rights icon whom so many women –and white women particularly– idolized.

RBG’s personal and professional legacy of defying and eliminating gender, racial and social justice barriers perhaps may be the impetus for a continued shift already emerging to attitudes and actions of tolerance, not hate.

Earlier this month, a new All In Together study of women voters in 2020 show 55 % suburban women are voting for Democratic presidential candidate Joe Biden, with 41% claiming they are voting for President Donald Trump; 4% are undecided.

Nearly half of suburban women claim they have a very unfavorable impression of Trump, while the same number, 48%, say they believe Trump administration policies have made their communities less safe, the study shows.

This follows a June  Marist poll that says 66 % of women in suburbs and small cities disapprove of the job Trump is doing as president.

“It is country over party,” Olivia Troye, former homeland security aide to Vice President Mike Pence says in a new ad for Republican Voters Against Trump.

Similarly, the recently formed “Republican Political Alliance for Integrity and Reform (REPAIR) is a group of former senior U.S. government officials and conservatives—including from the Reagan, Bush 41, Bush 43, and Trump administrations—who are committed to advancing a more hopeful vision of America’s future,” according to their site.

This is not the white support the White House is projecting from white women and men.

The assumption that American whiteness guarantees a universal acceptance of racism was apparent in a recent memo from The Office of Management and Budget. Russell Vought issued a call to halt anti-racism training demanding “federal agencies to cease and desist using taxpayer dollars to fund these divisive un-American propaganda training sessions.”

Trump punctuated the move with a Tweet: “Sorry liberals! How to be Anti-White 101 is permanently canceled!”

The president threatened two days later to defund the California schools using the 1619 Project in the curriculum. His more recent calls to denounce the verity of the 1619 Project at the recent White House Conference on American History at the National Archives with the creation of the 1776 Commission “to promote patriotic education” is another call for white hate.

These September declarations compound the summer messaging about white suburban Americans fleeing the violence of the city– code for white supremacists who profess they speak for all white Americans.

As Pulitzer Prize-winning author Claudia Rankine writes in her latest book, Just Us: An American Conversation: “Whiteness wants the kind of progress that reflects its values, a reflection of itself.”

There is more than one monolithic whiteness. The other white women – anti-racist, non-Trump supporters– are expanding their ranks and resisting the narrative projected as reflective of all white Americans.

The framing of white suburbanites fleeing violence in the city was deafening during the Republican National Convention.

They want to abolish the suburbs,” Patricia McCloskey opined from her 18,000-square foot mansion outside St. Louis in a video aired during opening night of the RNC. “This forced rezoning would bring crime, lawlessness, and low-quality apartments into now thriving suburban neighborhoods,” McCloskey said.

Sitting coyly next to her husband, Mark, this was a far different image than the two of them brandishing an AR-15 and pistol earlier this summer at unarmed peaceful Black protesters walking past their estate.

Isabel Wilkerson writes in her new book, Caste: The Origins of Our Discontents, “A subliminal awareness of the power of caste (though the word would rarely, if ever, be used) appears also to be at work, to whatever degree in how the parties respond to their respective bases.”

The Urban Institute reported recently that the Black/white homeownership gap in 100 cities is the largest it has been in more than 50 years. Nowhere is the gap close to zero.

The U.S. Census reports that for the second quarter of 2020, homeownership for whites is 76.0 percent, with the rate for Asian, Native Hawaiian, and Pacific Islander householders at 61.4 percent. Black homeownership is 47.0 percent.

The viral screechings of racist white women are captured on videos and shared almost every day. From a suburban Winnetka, Ill. beach to a suburban Detroit Chipotle parking lot, the actions of these racist women serve as perpetual reminders of the ubiquity and insidiousness of everyday racism, centuries ongoing. The relentless social media parade of racist white women has become commonplace since 2016.

Elizabeth Neumann, former assistant secretary for Counterterrorism and Threat Prevention at the Department of Homeland Security, agrees and recently commented in a video for Republican Voters Against Trump, “The president and his language are in fact racist. Those words gave permission to white supremacists to think that what they were doing is permissible.”

That blanket permission is perhaps expiring.

Recent FBI reports of a nearly 12% percent rise in violent hate crimes prompted the Latino-Jewish Congressional Caucus to recently introduce The National Opposition to Hate, Assaults, and Threats to Equality, or NO HATE Act.

In November these other white women can prove what they value most.

Michele Weldon is an author, journalist, emerita faculty at Northwestern University, and senior leader with The OpEd Project. Her latest book is Act Like You’re Having a Good Time.

For First Time In History, U.S. Has Fewer Evangelicals and More People Who Identify As ‘Non-Religious’

Free Guns For Kyle Rittenhouse — Supporters Propose Supplying Him With AR-15, Colt, “Whatever His Heart Desires”