WATCH: Rand Paul Says Weapons Should be Sold to Ukraine, not Given to Them as ‘Gifts’

…and All Women Online Roll Their Eyes and Say, “Thanks For Catching Up, Guys.”

As reported by The Guardian, there’s been a brand new threat report released by Secret Service about the delicate snowflake man-boys who blame everyone but themselves for their own problems, which I know is really not telling the whole story of it, but also, it’s at the core of it. But first, let’s look at the professionals’ take before a woman gives her personal take based on her own lived experiences. 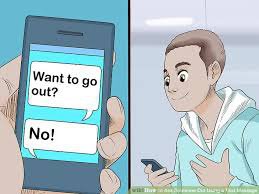 The report, which was released on Tuesday, details a rising threat from men who identify as “involuntary celibates” or “incels”, due to their inability to form intimate relationships with women. It was prepared by the National Threat Assessment Center (NTAC), which highlights behavioral threat assessment themes identified in years of research examining targeted violence.

‘Incels’ are a rising threat in the US, Secret Service report finds https://t.co/fW60hUAfQb

The report’s behavioral themes include concerning and threatening communications, concerning online content, chronic and acute stressors, elicited concern in others, interpersonal difficulties, history of being bullied, financial instability, failed life aspirations, and lack of consequences. The Guardian’s profile goes into the darker and horrifically tragic outcomes, like when one of them manages to fly under the radar long enough to get a weapon and slaughter women taking a yoga class. In another deadly rampage in California, the shooter “lamented his inability to find a girlfriend and documented his contempt for women and interracial couples”.

Putin is just an incel with nukes. https://t.co/lefNm3uVpL

Now, rational people understand that if a woman rejects the advances of a man for whatever her reasons are, her reasons should be enough, and no blame or shame should be involved. I don’t speak for any other women besides myself, but I definitely listen to other women, and I know it’s never enough, and we’re always blamed and shamed for some guy’s frustration with his life. I know what it’s like to be stalked, threatened, slut-shamed, harassed, abused, belittled, and endlessly trolled online for simply being a woman with an opinion that’s different from a guy who has deeply rooted Mommy issues and needs to be in therapy, not on Twitter.

'Mass shooter identified with the growing movement of men who call themselves anti-feminists, male supremacists or incels, and like many recent mass shooters, had a history of violence against women.'https://t.co/RwTdK83SVZ

But in this society, that’s not the message we send to our young cishet boys, is it? There’s a lot of bullshit posturing and socializing that goes on with boys and their feelings and what’s “manly” and all that ‘Murican stuff we don’t talk about because MEN DON’T FEEL, and that’s the subject for a dissertation, not an online commentary. If young mens’ mental health was made a priority along with teaching body positivity and sex education without any shame attached, we’d have a better foundation for our kids, and maybe they’d be able to express themselves better instead of threatening to carve out a woman’s heart because she didn’t want to go on a date.

Seems like we shouldn't have to explain to a self-proclaimed "genius" like Nick Fuentes that proclaiming oneself to be an "asexual incel" is kind of a contradiction in terms. pic.twitter.com/XmAF3hMBYT

A secret service report about incels is just saying what women have known forever pic.twitter.com/TfLi8yNvhr

Women have enough to worry about, and now a simple “No, thank you” in response to “Can I buy you a drink?” might come with a death threat. We have to do better by our boys before they end up in a Secret Service profile.

Whats frustrating about this Secret Service memo on the dangers of Incels is that this shit is EXACTLY what all women have been talking about FOREVER, this stuff is frustrating man. Listen to the women around you. Stay safe.