[COMMENTARY] Primary Concerns: Bring Centrists Back to GOP in U.S.

Republican Lauren Boebert, perhaps best known for refusing to shut down her Shooters Grill (a gun-themed establishment where servers open-carry firearms) during the pandemic, recently defeated five-term congressman Scott Tipton in Colorado’s Republican primaries for the 3rd Congressional district. She has a chance of winning a congressional seat in November.

Boebert, who also expressed interest in the QAnon conspiracy theory, led a campaign emblematic of a national trend of Republican candidates moving further and further to the right. This asymmetric polarization makes it difficult for Congress to govern effectively and threatens the viability of America’s two-party system.

Media Matters reports that 60 congressional candidates this cycle expressed a belief in QAnon—and 10 have so far won Republican Primaries. QAnon touts a convoluted rightwing conspiracy theory that  claimed that President Donald Trump was secretly working with special prosecutor Robert Mueller to bring down the “deep state.” The FBI warns that due to the nature of the conspiracy theories circulated by QAnon, sympathizers could become a domestic terrorist threat.

However, even before 2016, the GOP had drifted far to the right. The Manifesto Project—which analyzes the platforms of political parties in over 50 countries—found that the values and policy statements of its 2016 platform were far to the right of mainstream conservative parties in countries like Britain, Spain, France, and Germany.

Instead, the Republican Party most closely resembled right-wing fringe parties like France’s National Front and Alternative for Germany, which rely on xenophobic and nationalist rhetoric to rally their bases. In contrast, the Democratic Party’s platform is similar to other western countries’ center-left parties, falling just to the right of Britain’s Labour Party.

A  study of Congressional voting patterns from 1879 to 2011 concluded that by 2011 congress was more polarized than it had been in the preceding 125 years. While Southern Democrats became slightly more liberal overtime (to match the votes of their Northern counterparts), the primary driver of increased polarization was the Republican party’s changing platform.

The GOP’s march to the right makes it impossible for Congress to pass any meaningful bipartisan legislation on contentious topics. It is then that the president and the courts are forced to fill the void. Both Presidents Obama and Trump resorted to implementing parts of their immigration agenda via executive order, due in large part to decades-long congressional gridlock on the issue. This puts the courts and the president in the position of deciding issues that ultimately should be left up to Congress.

Congressional dysfunction has created a series of unnecessary crises such as a government shutdown in January 2019 after Congress failed to pass an appropriations bill, costing the economy an estimated $11 billion.

The Republican’s dramatic slide to the right deprives voters of meaningful choices. Former Republican operatives have formed PACs like 43 Alumni, Project Lincoln, and Republicans Against Trump. Their goal is to defeat Trump and his enablers, whom they believe have betrayed conservative principles.

Democracy works best when citizens have two or more viable choices for office. If more mainstream Republican voters are given a choice between electing a QAnon believer or a Democrat in a House race, they may see it as no choice at all.

Primary elections generally have low voter turn-out, and voters who do turn out are more ideological and partisan. Even in states with open primaries (where individuals do not have to be registered with a political party ahead of time), very few independents cast ballots in primary contests. This creates an incentive for Republican officeholders to appeal to the right-wing of their base.

Ten states also have primary run-off elections, where turnout is even lower. In Georgia’s 14th congressional district, QAnon supporter Marjorie Taylor Greene will compete in the Republican primary run-off against John Cowan on August 11th. House Republicans have also condemned Greene for hours of racists and anti-Semitic videos she posted on Facebook. 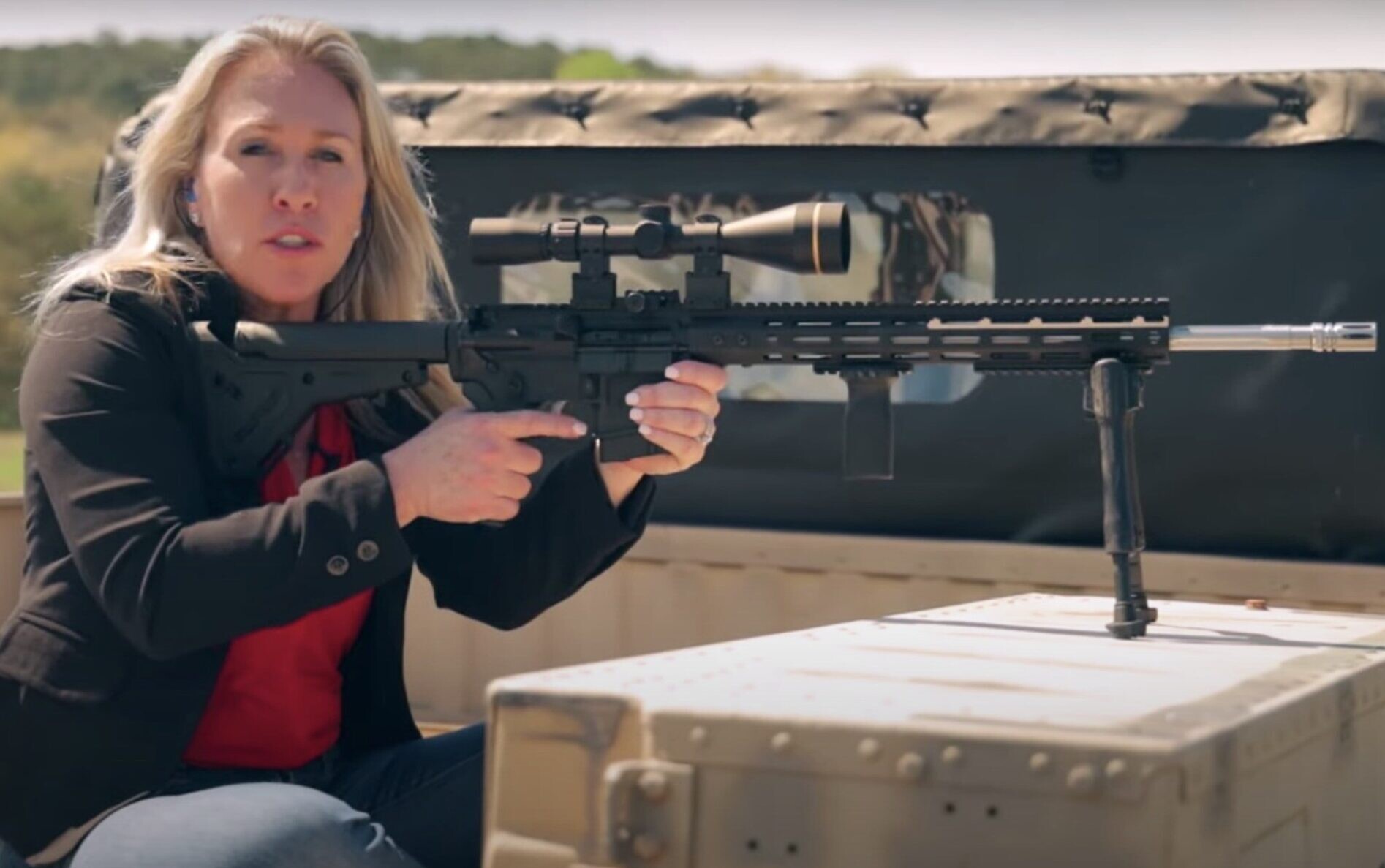 In 2016, combined turnout for Democratic and Republican primary run-offs was under 12% in Georgia.  So, a fringe candidate like Greene could hypothetically win with the approval of a little over 3% of the voters in her district.

One of the easiest things for states to do to encourage moderate candidates is to increase voter turnout in the primaries so that independent and moderate voters will be more likely to vote. States that have primary run-off elections need to abolish them and move to a ballot that allows voters to rank their preferences, allowing for an instantaneous run-off.

States like Florida, Pennsylvania, and New York need to end closed primaries—where voters have to register ahead of time with a particular party to vote. Closed primaries lock more moderate and independent voters out of the process.

Of course, states could also band together to have their primaries on the same day—ideally on a Saturday. A national primary date would guarantee that more people knew when their primaries were scheduled. Elections on weekends could boost turnout.

Anti-majoritarian aspects of American democracy, like the Senate, the electoral college, the filibuster, and gerrymandering might allow Republicans to maintain a fair amount of power even if they alienate more moderate voters by marching farther to the right.

States can counter this trend by making the primary process more accessible.

Katie Scofield has a Ph.D. in Political Science from Indiana University, with a focus on comparative constitutional law. She was awarded a Fulbright grant to study the Ecuadorian constitution and its treatment of human rights and teaches government at Blinn College in Texas.