A mile-long convoy of school buses filled with photos and other mementos of children who have lost their lives to gun violence since 2020 paid a visit to Senator Ted Cruz in Houston on Thursday morning.

Change The Ref is a gun control and anti-gun violence advocacy organization behind the convoy of 52 buses, which they are calling the NRA Children’s Museum. Founded by Manuel and Patricia Oliver, whose son, Joaquin Oliver, was one of the 17 victims in the 2018 Parkland, Florida school shooting, they brought the caravan to Houston in a visually haunting protest against Cruz, who is the leading recipient of gun lobbyist funding in Texas, according to Change The Ref. Of course, Ted Cruz would only care if this was a trucker’s caravan protesting border crossings and COVID vaccines, but I’m always here for anyone who’s publicly shaming that shameless seditious smarmbucket. 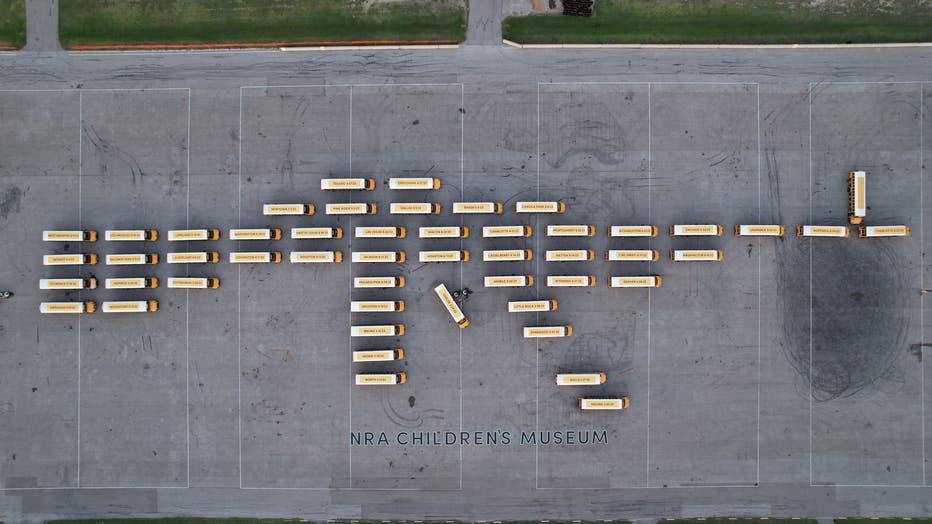 The school bus caravan first drove by Cruz’s home and then went to his offices, where they lined up into the afternoon. Their empty seats represented more than 4,000 children who died of gun violence, and are filled with their photos, videos, audio recordings, and personal memories – from a Nickelodeon backpack from Santa Clarita, California to a girl scout sash from Santa Fe, New Mexico.

Since 2020, firearms have overtaken car accidents to become the leading cause of death in children, taking over 4368 lives. Take action NOW.https://t.co/FP9bjFU00S#NRAChildrensMuseum pic.twitter.com/s2iDIz0NdE

The Olivers also left Sen. Cruz with a “gift”: a letter from Joaquin asking for background checks on gun sales written when he was 12, less than five years before the horrific school shooting tragedy that took his life. 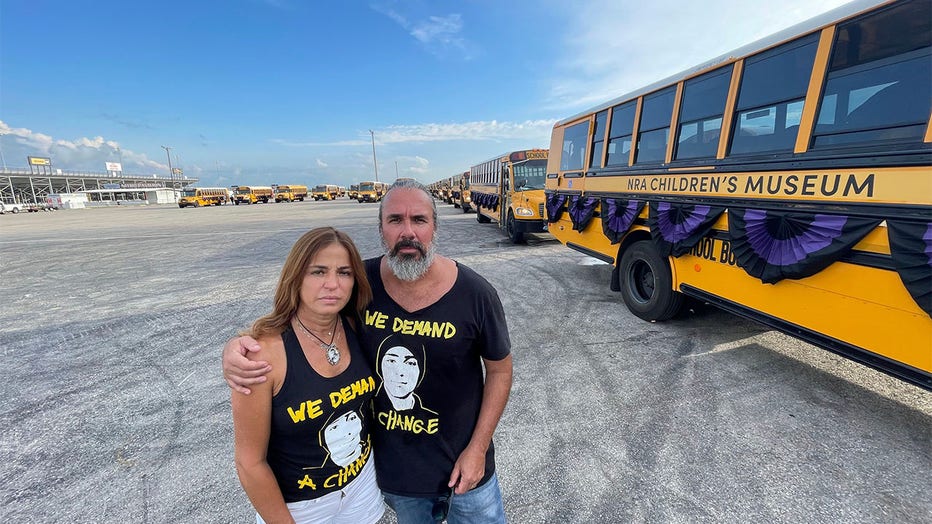 .@SenTedCruz This morning we left you a letter that our son Joaquin wrote nine years ago. I wonder if you had chance to read it? I think it’s time for you to listen to our son and start prioritizing kids over the NRA’s money. pic.twitter.com/ysrhudg7NN

“To commemorate this horrific historic moment, we are showing American voters the toll these politicians have taken on our children’s lives with this all-too-real archive,” said Manuel, who co-founded Change the Ref with his wife Patricia in Joaquin’s memory. “And this is only the beginning. We will not stop with Sen. Ted Cruz. To every politician who has stood by, taken NRA money, and refused to listen to the people they represent: the museum is on the way to honor you next.”

Cruz, who clearly couldn’t care less because NRA blood money is still green once you launder it, issued this weak piece of garbage through his spokesperson to local TV station FOX26:  “Senator Cruz is committed to enacting policies that would stop school shootings. To that end, he introduced legislation to double the number of school resource officers, hire 15,000 school-based mental health professionals to ensure there is early intervention to identify and help at-risk kids, to provide significant resources for enhanced school safety, and to improve the gun background system and prosecute persons who try to illegally buy guns.”

To which we say: BULLSH*T.