Formerly respected journalist Lara Logan went from filing reports on “60 Minutes” to a talking head on Fox News in a spectacular fall from grace where she’s is now openly pushing QAnon conspiracy theories and spewing Russian propaganda on the Fox airwaves and other places where people don’t really check facts.

But that’s on brand for Logan, who’s also said plenty of Antisemitic things on top of the usual Fox swill, and it’s also apparently fine with her employers for her to go on internet shows hosted by their former employers who got fired for so many terrible reasons to say all of the things too terrible even for Fox [sidebar: I’d seriously love to see the contract of a typical Fox News host. Is it just one piece of paper reading, “Sign here, whatever passes for your soul is now ours”? ]. 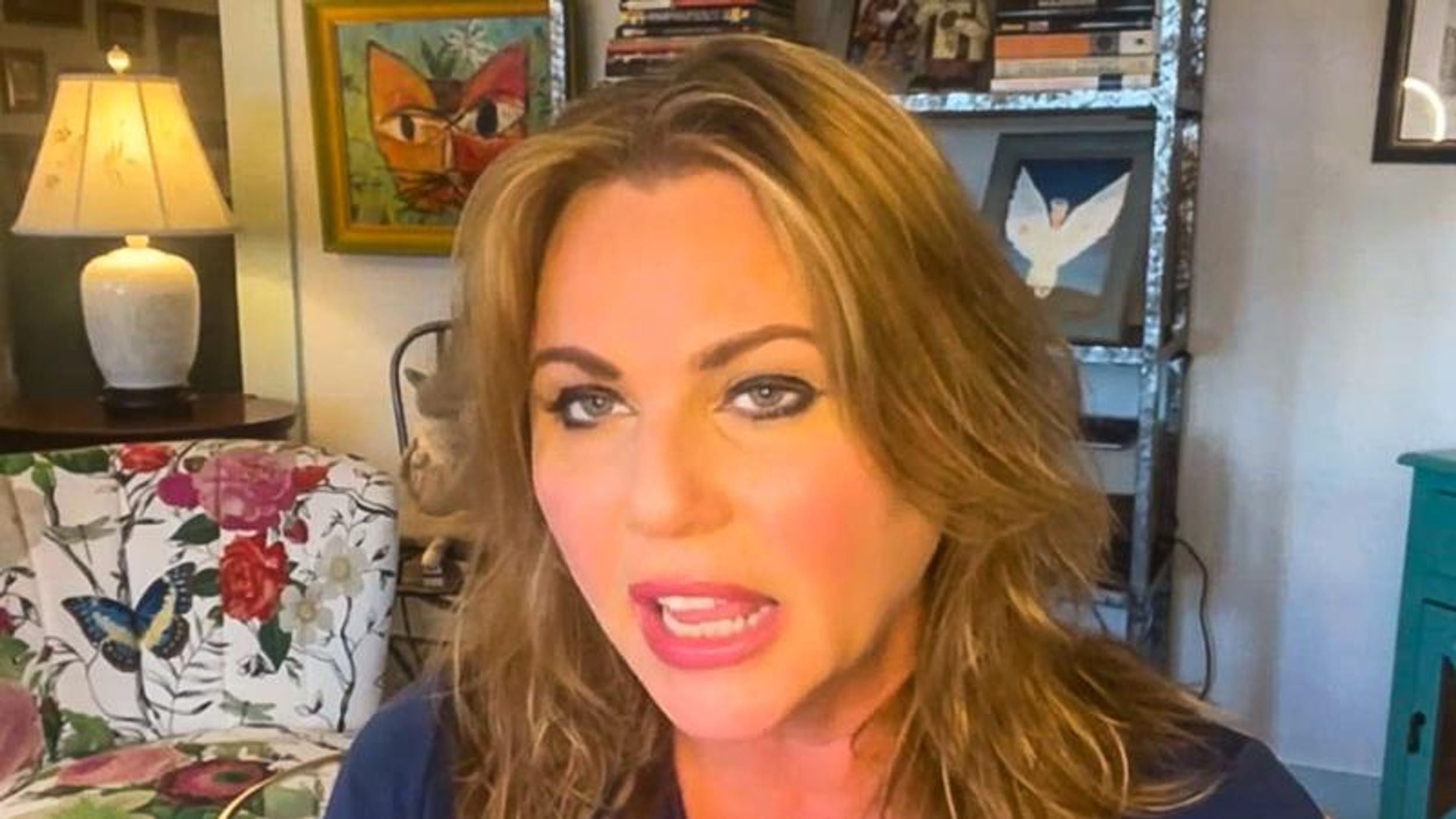 Logan is essentially a free agent, have been dropped by her “talent agency,” plus Fox Nation is basically its own “SNL” parody, so unleashing the Qrazy all over Ed Henry–who of course just went along with the hate speech because it’s his life’s blood too–seems like just another day that ends in “day” for Lara. During the interview on “Real America’s Voice” (which these days sounds like a lot of lunatics hopped on Mountain Dew with some extra meth crushed into it), Logan insisted that “Vladimir Putin knew exactly what he was doing when he went into Ukraine.” Logan also pushed the right-wing conspiracy that Ukraine has been overtaken by the Nazi Party, all the way up to its President, who is actually Jewish and lost relatives in the Holocaust. But don’t you try and stop Lara Logan’s Qrazy Train with your pesky facts, STATE DEPARTMENT.

List of Ukraine Biolabs removed by US Embassy – previously disclosed the locations/details of these labs in a series of PDF files online. On Feb 26 2022 the official embassy website shut down the links to all 15 bioweapon labs.https://t.co/Eqr0xSeL5Ghttps://t.co/JX5Butp7W3 https://t.co/gp6CHwqvBA

“There’s so much more going on in Ukraine that nobody is talking about. You see such dishonesty when it comes to the history of Ukraine,” Logan said on America’s Crazy Uncle’s Voice. “I mean, you can find pictures of them online holding up the NATO flag and the swastika. And at the same time, their own emblem contains the black sun of the occult, which was a Nazi SS emblem. And it also contains the sideways, you know, lightning insignia of the SS.”

Fox Nation host Lara Logan pushed a bunch of obvious pro-Kremlin propaganda in an appearance this morning, including linking President Zelensky's prior entertainment career to the occult. https://t.co/xR9evxkiZP pic.twitter.com/xCzAqIBEqF

And now let us give props to the man doing the Lord’s work, John Whitehouse, who had to listen to the word salad and then sift through it to try to make it make sense so you don’t have to watch the whole thing. Thank you for your service, John!

I cannnot emphasize enough how bonkers this interview was. And it ended with the host praising Logan for dropping truth bombs: https://t.co/xR9evxkiZP pic.twitter.com/sye4JfKJn1

Report: Fox’s Lara Logan, Who Compared Fauci to Nazi Doctor, Has Been Dropped By Talent Agency