Jim Jordan has the mentality of a second grader with serious FOMO. A whiny jacketless maskless former wrestler who’s probably going to finally end up under investigation once George Clooney’s docuseries about his involvement in the Ohio State wrestling rape scandal is released, Jordan’s behavior can only be described as “immature” despite being a father and a grandfather (yeah, don’t think about that too much. Just…don’t), his voice often rising to a nasal whine whenever he berates witnesses sitting before the House. And he berates EVERYONE.

As a Congressman, Jordan should be taking care of important things like passing bills and not committing treason. But Gym couldn’t care less about the over half a million Americans dead from COVID19, or those struggling financially a year into the pandemic, or the attack on our democracy on January 6th. Nope, Lil Jimmy Jordan is super worried about something he feels so strongly about, he’s written a letter to House Judiciary Chair Jerry Nadler to have a full committee hearing about it. You can all sleep much more soundly tonight knowing that Jim Jordan is out here to save us all from…cancel culture.

And no, you’re not reading a website for tweens. Jim Jordan, who is an actual adult male member of the real Congress, is obsessed with the whole “cancel culture” movement. He tweets about it enough that someone created the #CancelJimJordan trend. And when I say he’s obsessed, I mean it in the sense that he wants to cancel the cancel culture. Like, officially. Jim Jordan, who voted to overturn the results of the legitimate 2020 Presidential election, thinks the government should officially cancel all of cancel culture too. Why not whine about memes while you’re at it, Gymbo? There are some craaazy ones about you, dude.

Is your head exploding yet? Here’s the letter he actually wrote. Again, this is someone who is 57 years of age. Who is a Congressman. In America. Right this second. 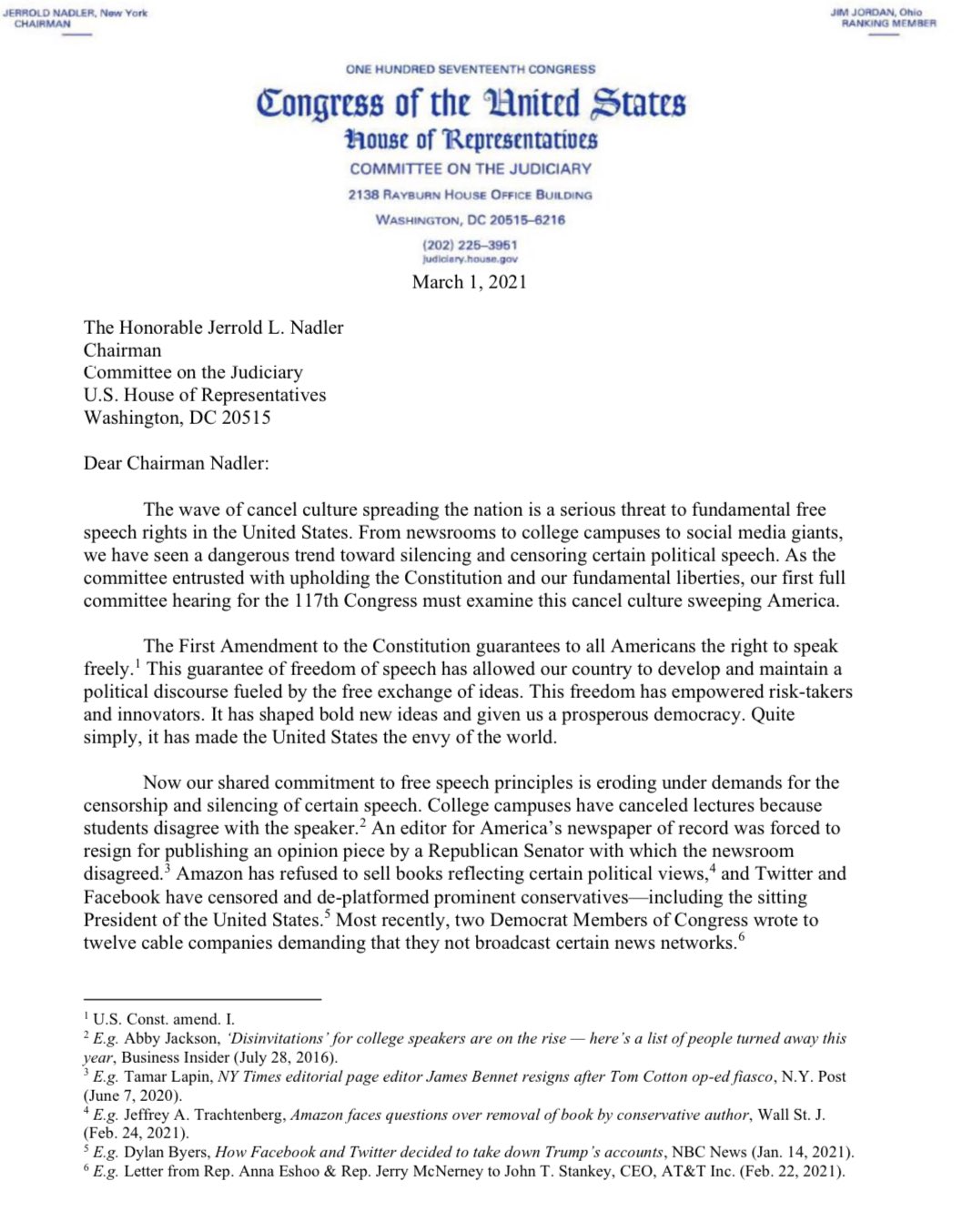 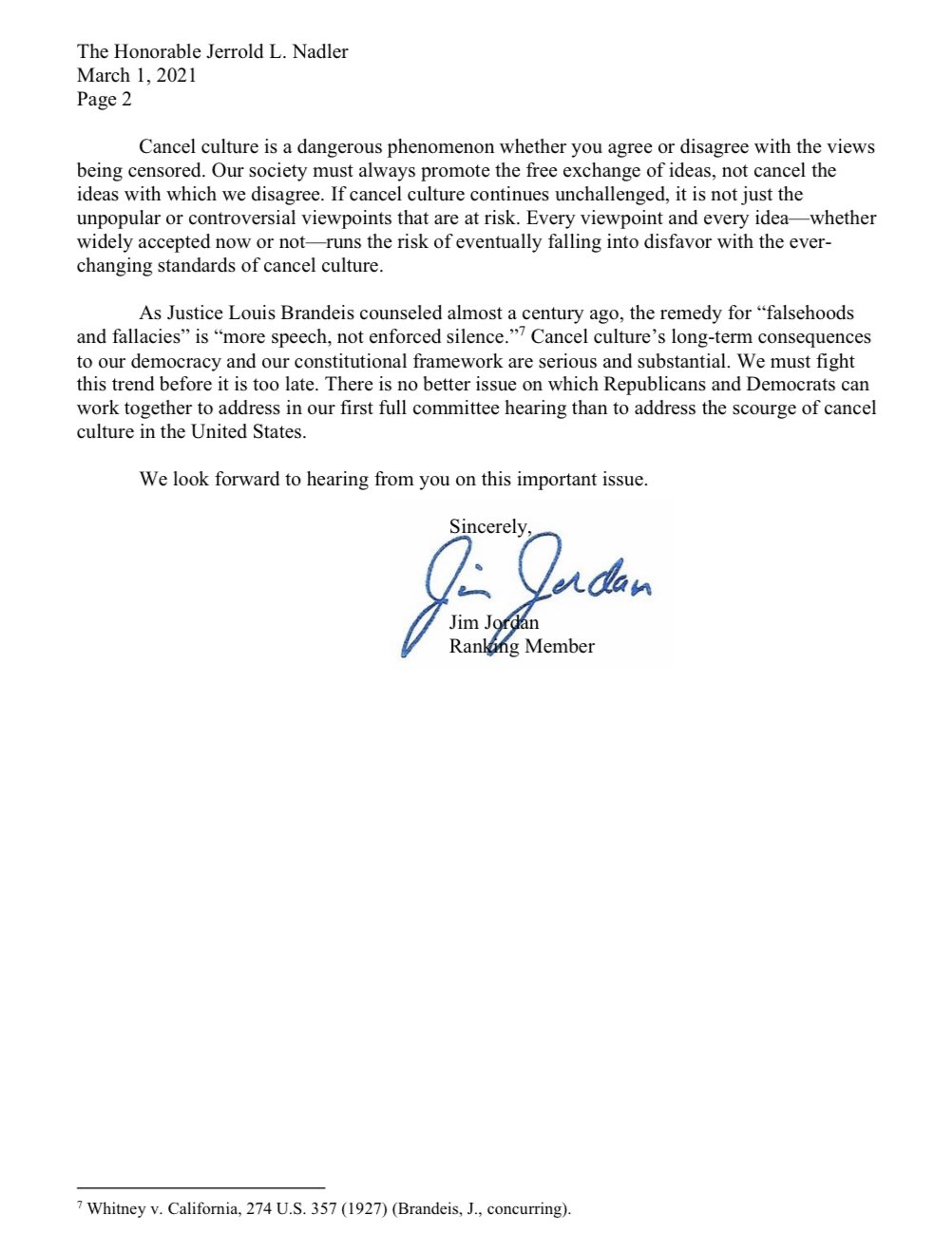 Remember, this is the same guy who accused Nancy Pelosi of denying help to Capitol Police during the January 6th insurrection. While she was hiding from would-be assassins. Because Jim Jordan can’t not be the worst person on the planet for even five seconds. Jeff Sites is running against Jordan in 2022 and is relentless when it comes to Jordan’s weak Twitter game.

He needs to be held accountable.

Please RT, follow and donate to join our campaign to #FireJimJordan. https://t.co/AwHZ6CorTq

If you’re a Twitter person, the responses to everything Jim Jordan tweets are just gold. But in this case, because he was whining about things being canceled, I thought I’d show him who the real snowflakes are (hint: not Democrats).