Employing the tactic of “not showing up is better than getting in trouble for admitting you’re guilty,” Rudy Giuliani skipped his scheduled appearance before the January 6th House Select Committee, saying he didn’t want to look “stupid” by having to answer their questions truthfully.

The problem is, ducking a Congressional subpoena actually has consequences, and while Rudy Colludy was getting really bad legal takes from Steve Bannon, he might have asked about Bannon’s own trial for contempt. But since that’s not until July–which in Trump Crony Time is like eleven years–I guess they forgot all about that part. But he also apparently forgot about Mark Meadows, Peter Navarro, and Dan Scavino, who are all in similar bigly trouble for refusing to comply. 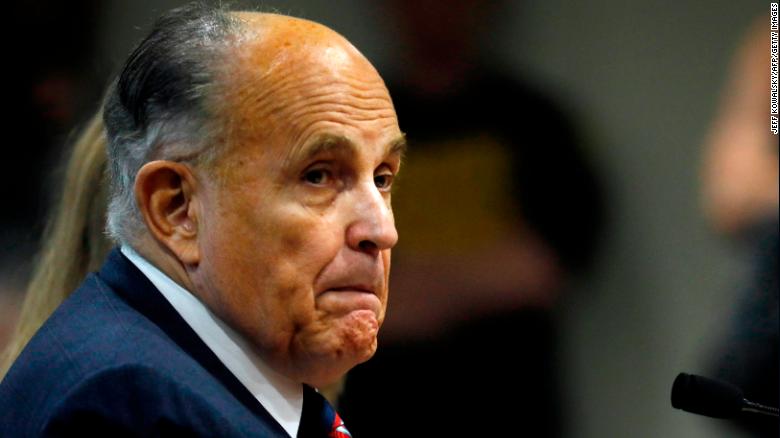 Giuliani made a last-minute ask on Thursday to record the interview, both audio and video, but the Committee rejected that request. It’s another Trumpian tactic just to delay the inevitable, as proven by the Committee’s official spokesperson, Tim Mulvey, who said in a statement that recording the interview was never discussed as a part of his agreement to appear. “Mr. Giuliani is an important witness to the conspiracy to overthrow the government and he remains under subpoena. If he refuses to comply the committee will consider all enforcement options.”

The Jan. 6 Committee hints at what's to come for Rudy Giuliani:

"Mr. Giuliani is an important witness to the conspiracy to overthrow the government and he remains under subpoena. If he refuses to comply the committee will consider all enforcement options."

The House Select Committee has hours of testimony already from lots of others from Trump’s inner circle, including a few of his main adult kids, but Rudy had a special part in the plot to prevent Joe Biden’s presidency. In its subpoena, the committee alleges that Giuliani “actively promoted claims of election fraud on behalf of the former President and sought to convince state legislators to take steps to overturn the election results.” The subpoena also states that Giuliani was in contact with Trump and members of Congress “regarding strategies for delaying or overturning the results of the 2020 election.”

Rudy pulled out of his Jan 6th testimony because they wouldn’t let him record it for his podcast because if you know Giuliani he doesn’t do anything without there being a buck or two in it for himself. @RudyGiuliani

Giuliani still insists the 2020 election was stolen, so good luck to the House Select Committee in getting anything real out of Rudy Colludy.