There’s a reason there are so many members in the cast of “Trump’s Plot to Destroy America” hanging out backstage at the Mar-A-Lago Players Dinner Theater in Palm Beach, Florida. All of the paid bad actors have their roles, and they’ve been directed to distract and divert from whatever the dominating bad news story about Dear Leader might be at the moment.

That’s why pretty much no one caught on to a big story about one of Roger Stone’s Dirty Tricksters saying yet another quiet part out loud and Proud Boy-ishly in the middle of all of the other terrible going on. There’s so much they don’t want you to focus on, like the January 6th Committee subpoenas and the Mark Meadows texts and Marjorie Taylor Greene’s perjury and Madison Cawthorn’s kinks. Those aren’t the kind of distractions Daddy Vlad wants, comrades! They’re supposed to be piling all of this on Democrats, but they keep telling on themselves so much that it’s just hard to keep track of it all, which is also their game plan. 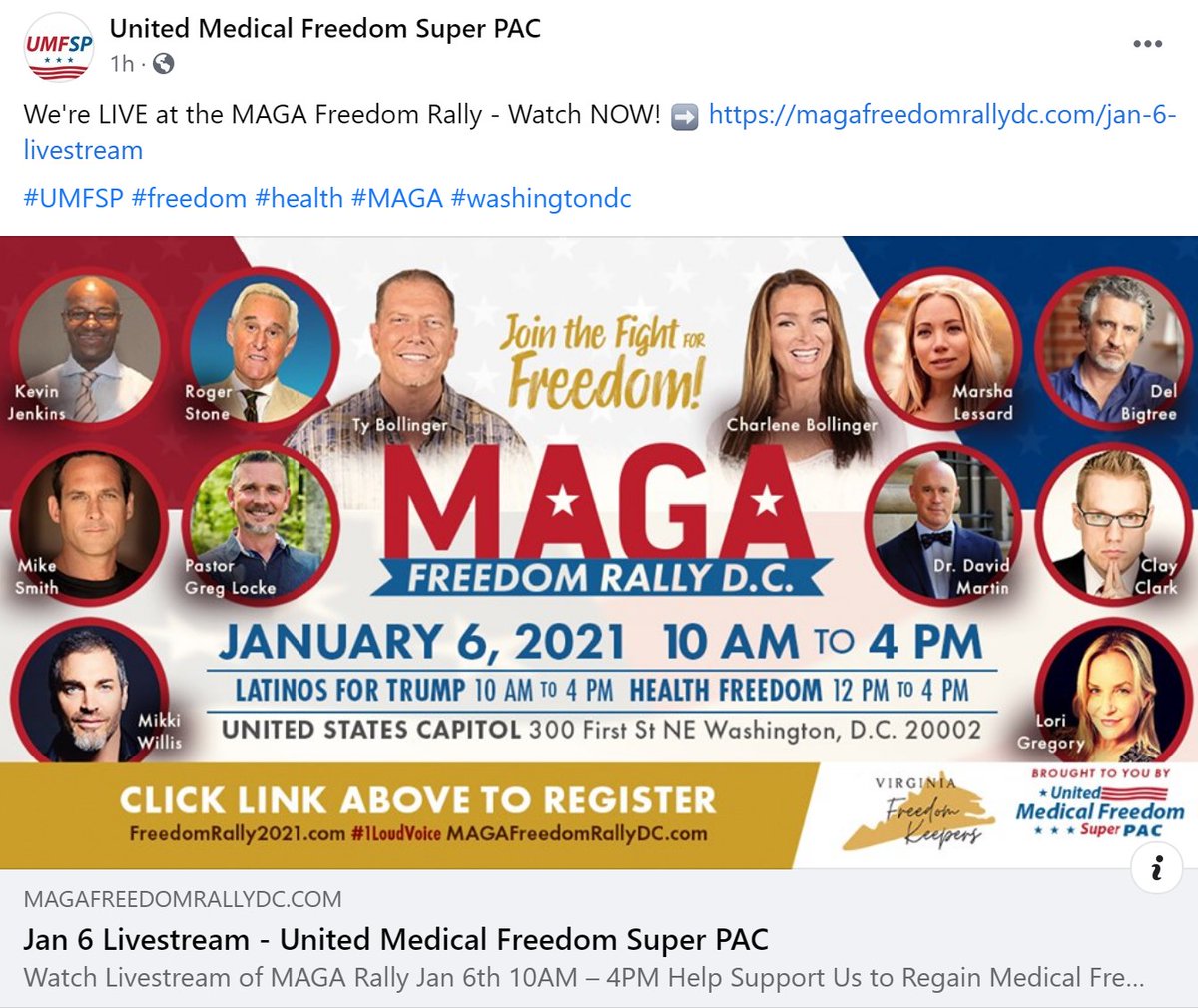 However, it’s probably super important for us to focus on a recording of a call made by Jason Sullivan, a former aide to Stone, who’s been Trump’s longtime confidante and co-conspirator. First of all, did you know Roger Stone was all set to appear at a Qrazy anti-vax rally once he was done committing a little light treason for Trump on January 6th? Because he was, except something suddenly came up and he couldn’t make it, sad!

Anti-vaxxers want to win the support of Trump activists.

Today they're holding their own "MAGA Freedom Rally" in Washington DC to do just that.

It's an event that unites anti-vaxx hucksters, "Stop the Steal" organisers and the far-right Oath Keepers militia group. pic.twitter.com/UEz1y6Hkqe

The recording provides the strongest evidence yet that Trump specifically summoned his supporters to Washington on January 6th for the express purpose of coercing lawmakers into overturning the 2020 election. It also partially corroborates previous claims by Ali Alexander, another one of Roger Stone’s associates, who said he schemed with members of Congress to gather a crowd to pressure lawmakers into overturning the election during the certification ceremony.

Just exactly what the f, 5 minute audio in story Roger Stone’s guy Jason Sullivan pushing the attack on capital, “I got friends militia in Tennessee with 120 acres read for WW3”, much to unpack here https://t.co/DilmIRfD4q pic.twitter.com/c0Kd8qpPBU

The recording, which was made in secret by “a disgruntled election conspiracist,” is of a phone call Sullivan had with Staci Burk and members of 1st Amendment Praetorian (1AP), a militia group who had moved into her home for several weeks, ostensibly to guard her. Burk told the New York Times a 1AP member joined the call, which was made just one week before the insurrection. Burk said made the recording because the armed men were making her feel “unsafe”. Members of 1AP were in the Capitol during the insurrection and members of the group have been subpoenaed by the J6 committee.

Seems people missed an important part of the Jason Sullivan recording (I did too initially). He said, “when President Trump wants to get things done, “he makes sure everyone is talking about it.” Want to enrage powerful people? Post something like this during the Arizona audit. pic.twitter.com/ynTEhopJzK

During the call, Sullivan repeatedly urged the others to “intimidate the lawmakers” who were meeting to certify the election. He told them they needed to make them feel like the people were “breathing down their neck.” “If we make the people inside that building sweat and they understand that they may not be able to walk in the streets any longer if they do the wrong thing, then maybe they’ll do the right thing,” Sullivan said. “We have to put that pressure there.”