Karl Rove, the former Deputy Chief of Staff and a Senior Advisor to George W. Bush, wrote a review no one asked for of Donald Trump’s performance at last weekend’s Conservative Political Action Conference in the Wall Street Journal, and let’s just say it wasn’t exactly a rave from Rove. With a title like “Trump’s Appeal Rings Hollow at CPAC”, the reader knows the writer is underwhelmed from the beginning. But Rove dares to trample on the one thing Trump loves the most: how much his audience loves him.

“Why the muted enthusiasm from a crowd of Mr. Trump’s most fervent fans?” Rove asks. “The explanation may be in what the ex-president said and didn’t say in his 15-minute definition of Trumpism. There was no forward-looking agenda, simply a recitation of his greatest hits. People like fresh material. Repetition is useful to a point, but it grows stale.”

Rove also points to Trump’s reiteration of the Big Lie. Trump said, “this election was rigged and the Supreme Court and other courts didn’t want to do anything about it.” Rove writes. “That’s deeply misleading. Judges in all six contested states found the Trump lawyers didn’t produce sufficient evidence.”

INBOX: A statement from the former president of the United States about Karl Rove: pic.twitter.com/9D7pG0JLj7

So of course the Former Guy didn’t like the critique of his performance, but when the truth of his election loss was added in, he just could stay silent. Robbed of all of his social media platforms, he issued a petulant statement filled with his trademark insults. Saying things like he “never had much of a feeling for Karl”, it’s about what you’d expect from someone who knows he probably has had his last public appearance before facing prosecution in New York and Georgia.

King Cancel Culture has kanceled Karl (sorry, I couldn’t resist). The entire statement is posted below. Final thought: the person who wrote this is 74 years old and until recently held the most important office in the country. Okay, happy reading! 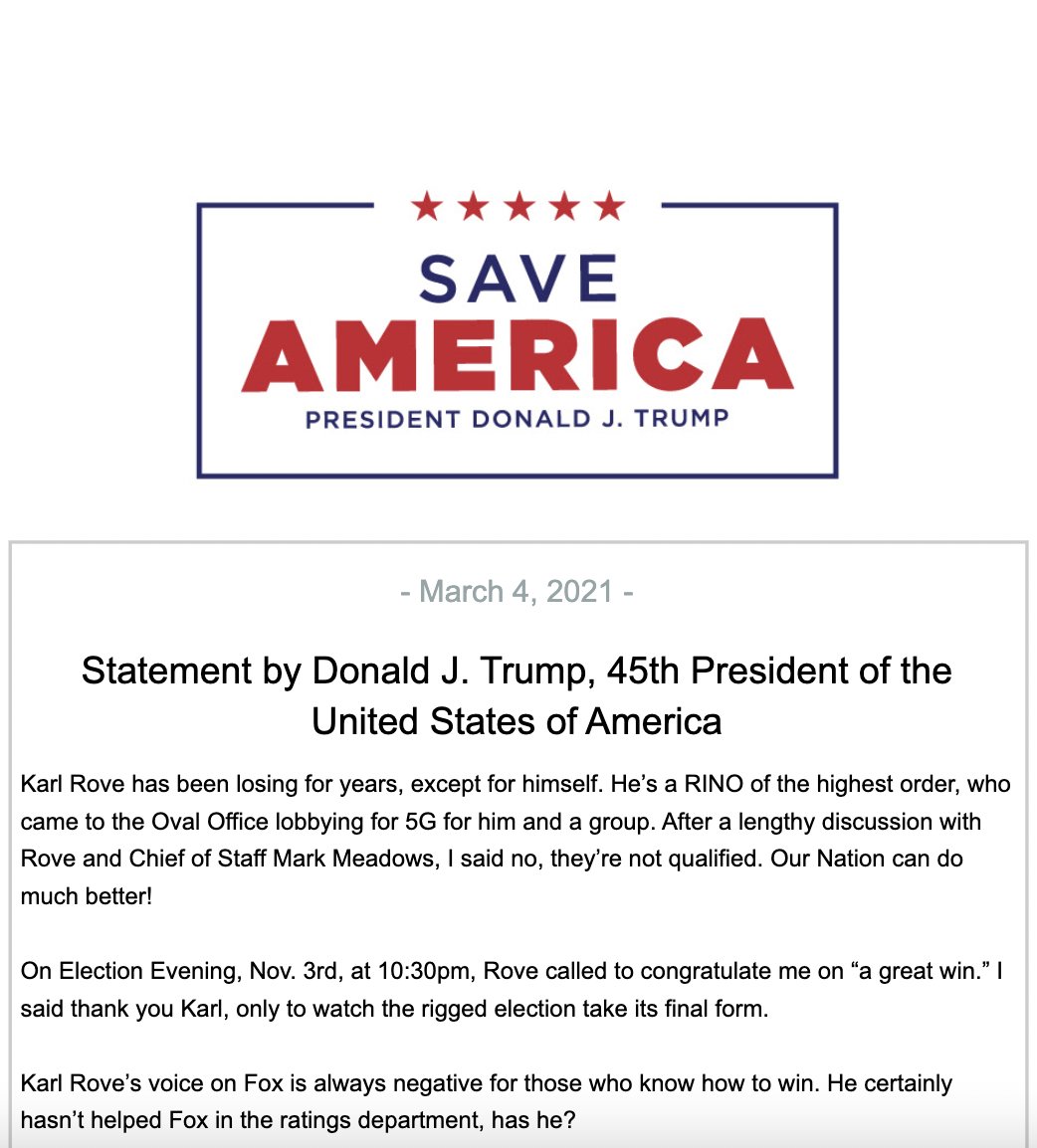 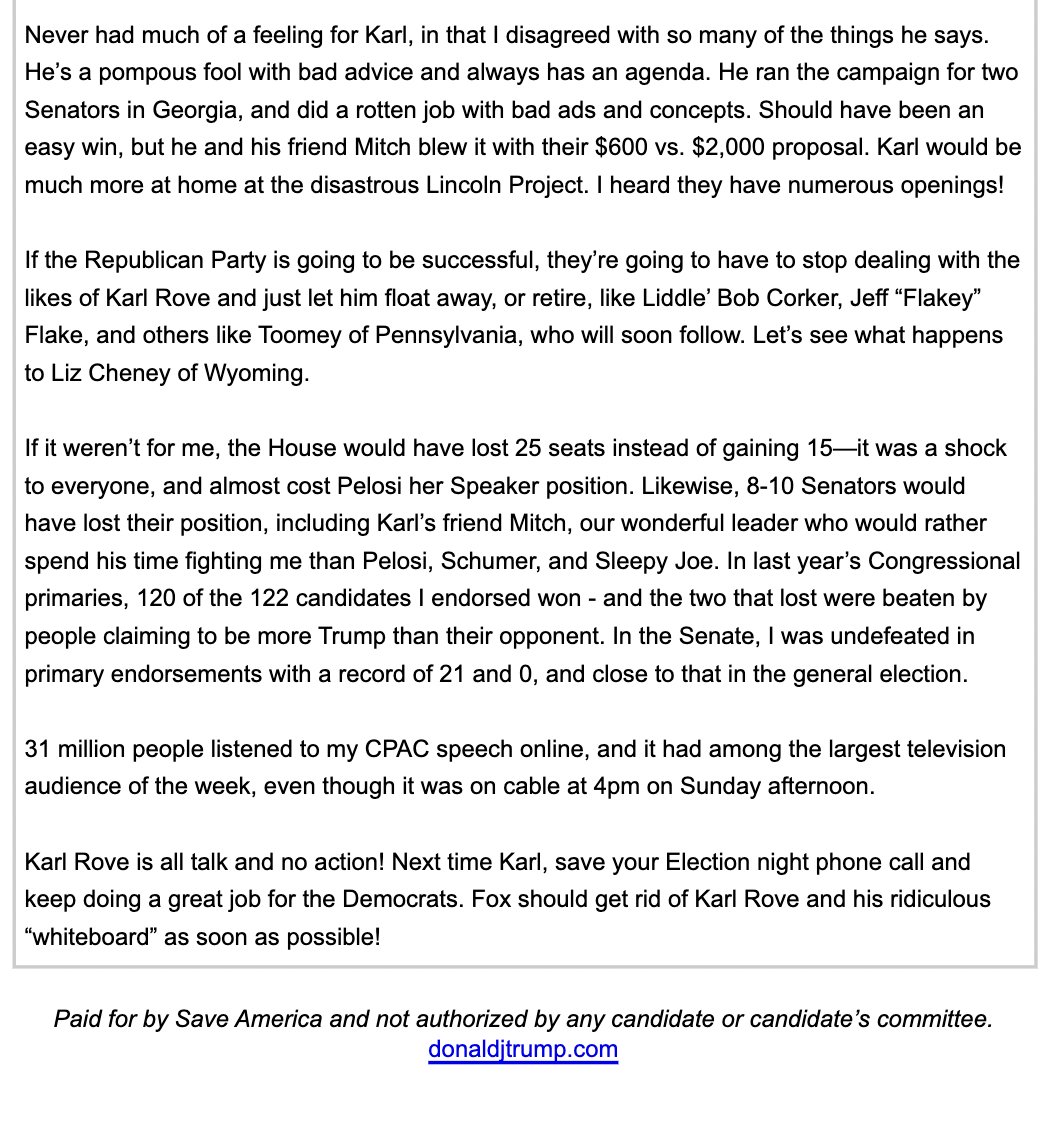 Despite Lawsuit From Smartmatic, Lou Dobbs Continues to Push Big Lie in Interview With Trump