There’s nothing quite like making a mockery of attempted sedition, amirite?

The Bradenton Herald reported this week that the Florida MAGA moron who stole House Speaker Nancy Pelosi’s lectern during the January 6th Capitol insurrection is hosting a “going to prison” party before serving a whole 75 days for his role in the attempt to overturn the results of a complete legitimate election. BECAUSE FLORIDA. 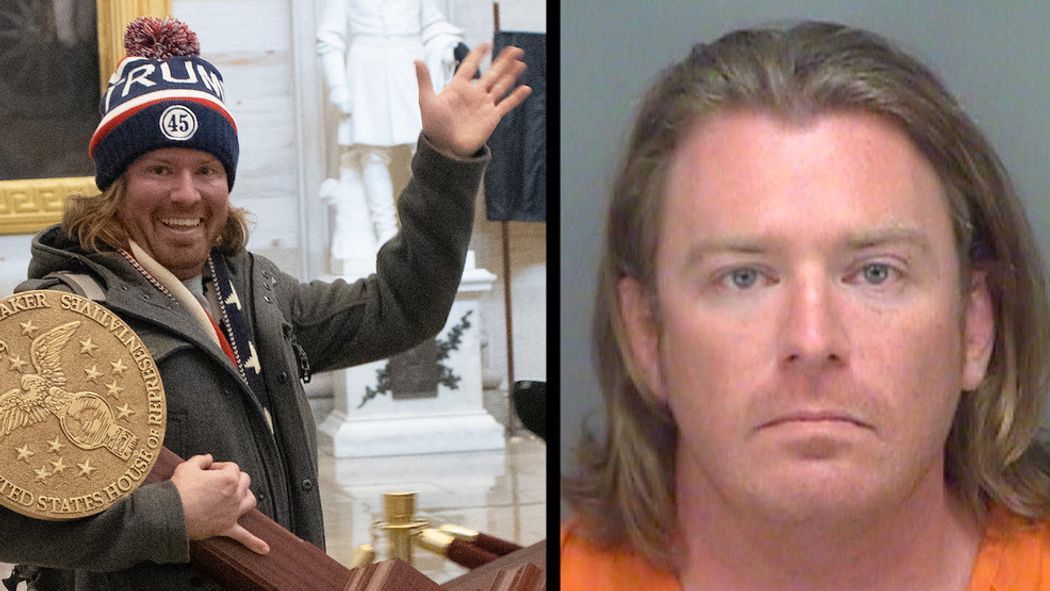 Florida Man Adam Johnson posted the invite to the soiree, which was supposed to be held unironically on April Fool’s Day at an establishment in Bradenton called Caddy’s. “Come help me celebrate my last Friday of freedom before I go to prison for the lamest charge in history,” the Facebook event states. Yeah, Adam, what’s “lame” about your sentence is that it’s less time than I did at sleepaway camp in the Catskills, and probably way less clique-ish. Also, his Facebook page is public, because he’s stupid. I don’t know where he got all of these boy children from, but I hope their parents see this and come rescue them.

But ANYWAY I’m delighted to report that one quick phone call to Caddy’s made this story even better. The host, who was incredibly cool, explained to me that Johnson never made a reservation for his event, and they got so many calls after he posted his invite that they won’t even let him come with a group as a walk-in party. “There was just too much attention with the negative press and everything,” she told me, “so it’s not happening here.” I LOVE HER. Also, I probably could’ve done a touch more research, but then I wouldn’t have been able to enjoy the schadenfreude quite so much.

What matters is that Adam sucks and now he’ll have to do his weak Florida Man thugging in a burnt-out Applebee’s in a swamp before he’s sent away for less time than a trimester. Be sure to grab some Bactine to soothe those slaps on your wrists, MAGA thug!

If Adam Johnson taught me one thing, it's the difference between a lectern and a podium.https://t.co/m2OfP1ktvL https://t.co/oi0V1ksCBl