Ted Cruz is a terrible person who knows everyone hates him but pretends he doesn’t know and tries to mask it by oozing fake sincerity. There are so many reasons for us to hate Ted, and so many reasons for Ted to hate himself.  I want to believe he ends every day by crying into a MyPillow in the undecorated downstairs guest room where Heidi has ordered him to sleep.

There’s also something extra weird about the guy with the little wheelie bag who blamed his Cancun escape on his daughters and was tweeting about his “ridiculously fun day” playing poker at the same time Uvalde funerals were happening. Notice how he doesn’t seem to care about kids? I mean, yes, he’s a Republican AND he’s in Texas, so he doesn’t care about most things. But he seems to have a special hatred for anything kids love. Like, staying alive, for one. But also, Sesame Street. Ted Cruz HATES Sesame Street. 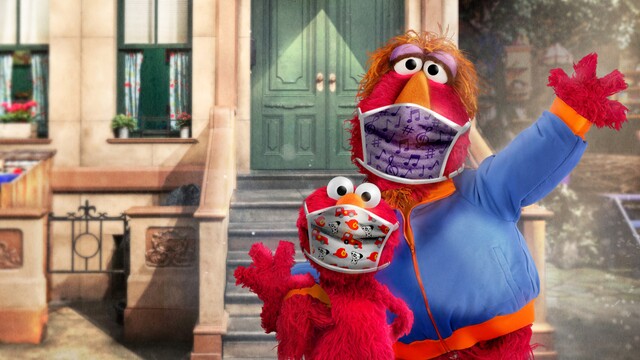 What kind of subhuman hates Sesame Street? TED CRUZ, is what kind. Remember when he went after Big Bird for encouraging kids to get vaccinated? Ted Cruz spent more time dragging a 7-foot-tall bird from a kids’ TV show on Twitter than on passing any meaningful legislation ever.

Have you ever tried NOT being a douchebag?

Thanks, @sesamestreet for saying parents are allowed to have questions!

You then have @elmo aggressively advocate for vaccinating children UNDER 5.

But you cite ZERO scientific evidence for this. Learn more:https://t.co/Ss20TmFTSB https://t.co/tr67QyfRyC

Now, Elmo is only the cutest Muppet EVER since Grover, but if you were around for the Rocco Saga like I was, you know Elmo is also no pushover. Elmo also knows that it can be scary for the littles to get a shot, so he wanted to show them how safe and easy it is to get vaccinated. But Ted couldn’t let these kids have their healthy fun, because he hates his miserable life. Ted Cruz clearly never sat with his mother and watched Sesame Street like I did, and he also never sat with his kids and watched Sesame Street with his kids like I did.

That’s great, Elmo! Thanks for being so brave and showing all of your friends and family how easy it is to get a COVID vaccine. I love you! ♥️ #CaringForEachOther @sesamestreet pic.twitter.com/d3vOAYJSOj

Look how sweet this is. Don’t come for Elmo on our watch. Ted Cruz is just the worst.