The hatefest disguised as the Conservative Political Action Conference (CPAC) is this week, and it will feature Donald Trump as its keynote speaker in his first public appearance since President Joe Biden was inaugurated. Despite Trump facing new prosecutions in New York and Florida, his speech is still scheduled. But lest anyone think the Republicans don’t have anything that involves a bottom, they have actually canceled a speaker they’ve deemed too out there even for them.

In an act of obtuse irony they’ll never see, CPAC, whose 2021 theme is “America Uncanceled” has canceled the appearance of Young Pharaoh. According to the conference organizers, who are fine with the guy who talked about grabbing women’s private parts whenever he wants and other terrible things that don’t have to be listed, Young Pharaoh has made “reprehensible” comments that “have no home” with their organization. Yes, the same organization that’s hosting people who supported the January 6th insurrection and voted Not Guilty at Trump’s second impeachment trial. 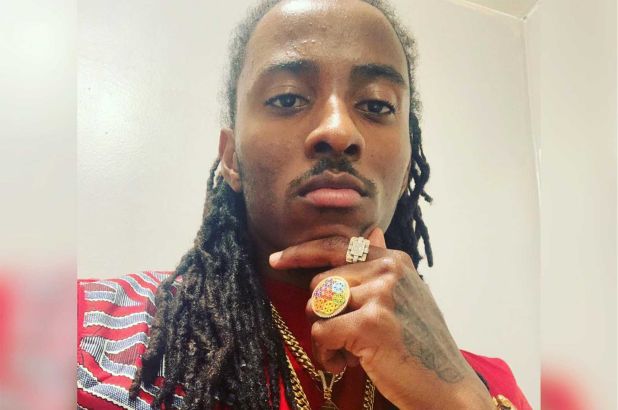 Young Pharaoh repeatedly posts about pedophilia, including linking it to LGBTQ people, Christianity, and the Biden family. He’s also linked “caucasians” to bestiality, and some of his tweets appear to echo QAnon and other conspiracy theories. CPAC tweeted an announcement regarding his cancellation and was promptly ratioed for their hypocrisy.

Sweetie, you're gonna have to be more specific. This describes all your attendees.

I could literally never write something as funny as CPAC did so effortlessly here https://t.co/EvGaoTpn8g pic.twitter.com/58rSYXWrkA

Media Matters reports Young Pharaoh “has told followers that Judaism is a ‘complete lie’ and ‘made up for political gain,’ said that Jewish people are ‘thieving fake Jews,’ tweeted that ‘all the censorship & pedophilia on social media is being done by Israeli Jews,’ and claimed that ‘all of these big tech [companies], media, & social media platforms are controlled by CCP & Israel through Jewish CEO & corrupt Democrats.’ “He’s additionally promoted the QAnon and Pizzagate conspiracy theories and falsely claimed that coronavirus vaccines will ‘alter your DNA.'”

[WATCH] ‘A Bombshell’: Trump Aides React to Testimony He Had ‘Violence Within His Sights’ On Jan 6th

Here are two recent tweets from Young Pharaoh, who is scheduled to speak at this week's @CPAC conference.

In one, he said "Christianity is based upon pedophilia." In another, he said that the "intellectual property of Caucasian people" is pedophilia and beastiality. pic.twitter.com/XfFQteDpIL

CPAC will probably replace Young Pharoah with someone much more appropriate, like Marjorie Taylor Greene.