Because Florida is a death swamp filled with alligators, cocaine, and sexual predators on cocaine, it’s where all of the worst people go to do all of the worst things. Need to get rid of a body or other incriminating evidence? There’s roughly 66,000 square miles of Florida to Florida in, so go right ahead and do all of the Florida-ing you need to.

Just as long as you’re a rich white male adult Christian. They literally don’t care about anyone else in Florida. Because Florida.

Because Florida, they don’t care if a kid is struggling with their self-identity and don’t feel safe enough at home to come out. Nope, in Florida, any LGBTQIA kid who comes out at school is going to get tattled on like when Cindy Brady saw Greg sneak a ciggie on campus. Also, teachers can lose their jobs for not reporting those kids, because Florida.

This is a catastrophic violation of human rights and free speech that puts LGBTQ+ lives at risk.

Because Florida, the Governor is called “Death Santis” and no one has to ask why. Ron DeSantis also has the worst people working for him and hangs out with even worse people, because Florida.

Because Florida, Disney said they were fine with the “Don’t Say Gay” bill, but then they said “Uh ok we’ll pretend to reassess this” because of the backlash. But Disney will never stop taking GOP blood money, which is still plenty green underneath the viscera of dead kids who took their own lives because Florida (too dark? Sorry, it’s hard to keep the room up when thousands of LGBTQIA kids are going to start thinking they have no other way out, BECAUSE FLORIDA).

Because Florida, the “Surgeon General” sure seems like a paid bad actor, because he literally dispenses the worst medical advice since Dr. Nick on “The Simpsons.” This is from a real news story about Dr. Joseph Ladapo, who seems to have gotten his degree from Trump University’s Medical School/McDonald’s hub in Vero City Beach:

Florida Surgeon General Dr. Joseph Ladapo said Monday that the state will formally recommend against COVID-19 vaccinations for healthy children. Ladapo made the announcement at a roundtable event organized by Republican Gov. Ron DeSantis that featured a group of doctors who criticized coronavirus lockdowns and mandate policies. It was not immediately clear when the state would release its health guidance. “The Florida Department of Health is going to be the first state to officially recommend against the COVID-19 vaccines for healthy children,” Ladapo said at the end of the roundtable discussion. 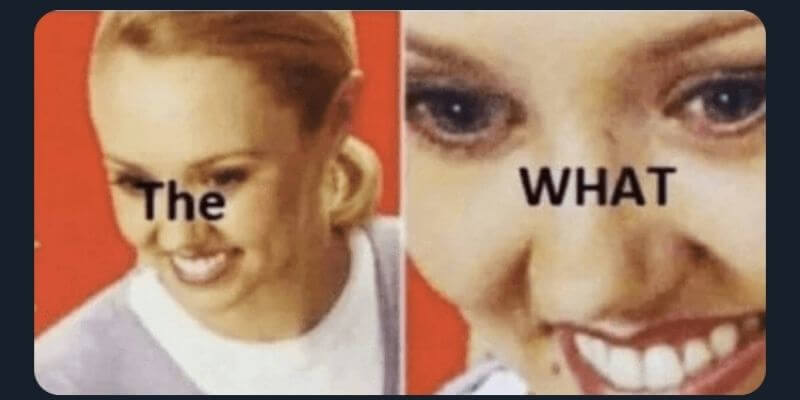 Because Florida, it really seems like the GOP has an unquenchable jones for dead kids. They certainly don’t care about anyone who survives outside the womb, but deliberately refusing to not vaccinate healthy kids is just unconscionable. It’s literally the government’s job to keep its citizens alive, but not in Florida, where apparently the Governor is in cahoots with the gravediggers union or something. I can’t think of any other reason to endanger kids except that Florida People care more about their own bank accounts than other Florida People, because Florida.

“It’s deeply disturbing that there are politicians peddling conspiracy theories … and casting doubt on vaccinations.”

Because Florida, I’m disgusted by essentially everything about America at the moment. Up is down, right is wrong, death is more profitable than keeping people alive, and nothing matters as long as the money keeps flowing. Because Florida.