Bill Maher: Why Didn’t Putin Invade Ukraine When his ‘Boyfriend’ Trump Was in Office [VIDEO]

There’s a big difference between having a personal belief system/faith in a higher power and letting your “lifelong relationship with God” take over your entire life. Yes, I’m giving you the hardest of eye rolls, Shaina from “Love is Blind” Season 2, who chose the invisible Sky Daddy over a construction worker with a six-pack, and everyone else whose answer for everything is “Because Jeebus.”

Your writer is an atheist who believes all organized religions are for-profit cults that should be taxed to the heavens I don’t believe in by the IRS. So when someone says they’re running for office because their son saw Jesus in a closet or something, I think that person should be taken calmly by the hand and brought to therapy, pronto.

But not on Earth Two, where Murica is comprised of only all-white Christian Republicans openly getting to say whatever hateful trash they want without consequences because JESUS LOVES THEM, y’all. Hypocrisy be damned right along with their eternal souls, amirite? Because Jeebus! Just think some head thoughts right at that statue and YOU ARE FORGIVEN. Now go out and do the exact opposite of all those Bible verses you quote (yes, I’m looking at you, Marco Rubio) while also running for an actual government office that would impact actual real people.

Yeah. None of this happened. 😂
#RachelHamm is just the latest example of attention seeking people in our world who will use anyone (including their family) to get to that spotlight they crave.

They need it like they need air to breathe and they’ll stop at nothing to get it. https://t.co/3wF13LUpEm

All of this is inspired by California Republican Rachel Hamm (yep, that’s her up there getting all chummy with QIdiot Mike Flynn, who lied to the FBI TWICE), who is running for Secretary of State in the June primary. She’s the one who’s got a son in the closet with Jesus, which is a weird place for both of them to be. Are you getting serious “Carrie” vibes from this or is it just me thinking using fear to keep people compliant to a false god is creepy af? 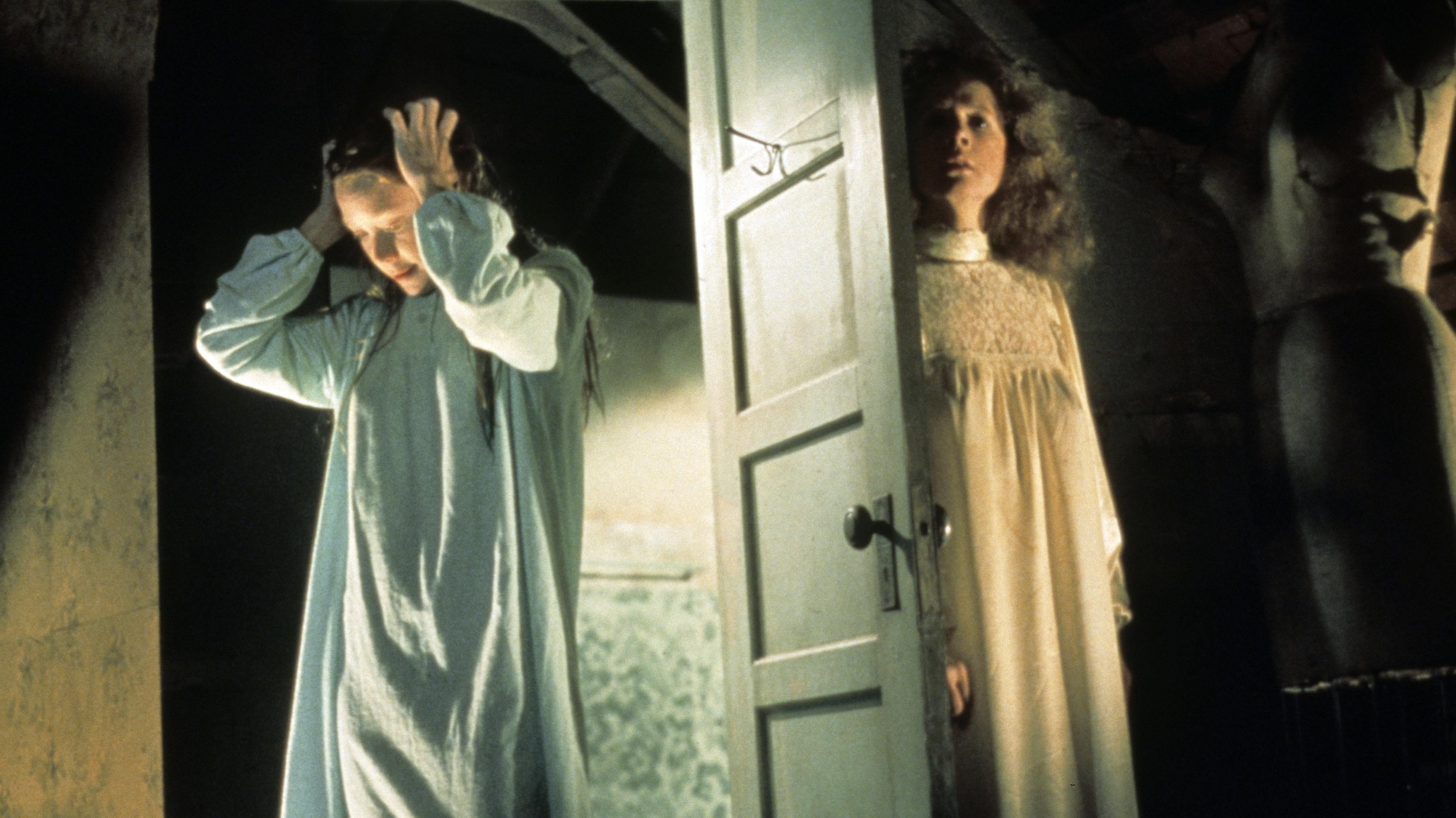 This is Rachel’s story about the Jesus in the Closet. I’m thinking we should pitch it to Stephen King or Blumhouse, because this is just WOW:

WORST PERSON IN THE WORLD: Rachel Hamm is running for the Russiapublican nomination for Secretary of State in California.

She claims Jesus handed her son a scroll telling her to run.

Judging by how much she blinks, looks like Jesus handed HER some Meth.pic.twitter.com/9Im1M9CfJy

“‘He’s full of light, I can’t even see his face.’ And then he said, ‘he has a scroll in his hand.’ And so I was like, then he came with a message is what is the message and the message was a commissioning. so at the very end, I asked him what his name was. ‘What angel is this?’ you know? And he said, ‘Immanuel,’ That wasn’t an angel. It wasn’t an angel that was Jesus Himself. And so that’s why I’m running for Secretary of State.”

Look, if you want to believe there’s a God because your parents dragged you to [Your Denomination’s Place of Worship Here] instead of challenging complicated real life stuff, that’s fine, but it shouldn’t be near the government. We need people steeped in reality in those seats, please.

Rachel Hamm, a Republican running for Secretary of State in California, says witches at her preschool tried luring her into Satanism. "Literally." pic.twitter.com/vwPu403Vw3

And yes, I know the President is a devout Catholic, and he gets a pass because 1, he’s not preachy about it and 2, he’s never said anything like “My son is a ‘seer’ who saw an angel in the closet.” Or dressed like a Kardashian in a strip mall church. I also realize the “SOS” in her Twitter handle is for “Secretary of State” but I’m choosing to see it as a way to flag the Federal Elections Commission for help here.

Rachel Hamm, Candidate for Secretary of State of California, prays with those who may be suffering with addiction. pic.twitter.com/Xb2SpyaRkb

Rachel Hamm and the other right wing Republicans who think their office is an extension of their church need to be stopped before they can even hit the campaign trail. Seriously, there’s supposed to be a separation of Church and State, so where is it?

Like Trump Before Them, President Biden Denies Flynn and Navarro Executive Privilege