I tried to warn Amy Kremer that aligning herself with Donald Trump was a bad idea, because he’s incapable of basic human emotions like empathy and love. Essentially, I told her that once she was no longer useful to him, he’d forget she exists. And I also warned her that if she ever got in trouble with, say, the Effa Bee Eye, Trump would be all “I don’t know her.” But like all obstinate willfully obtuse MAGA sheeple, she didn’t listen to me and blocked me on Twitter well before her insurrection party ended up not working out exactly as planned.

In the aftermath of the aftermath, Kremer and her daughter, Kylie Jane “I’m Completely Made of Hair” Kremer, seem to have been on the outs lately regarding how much truth is enough truth to keep them both from having to learn how to make prison toilet wine. We can only surmise that someone’s immunity deal was better than the other one’s. But for me, the best part in this entire drawn-out schadenfreude is watching Amy “Krispy” Kremer find out that GUESS WHAT Trump doesn’t care about her. Seriously, it’s the kind of joy one feels when finally plucking that elusive chin hair. It took some time, but it’s oh so satisfying. 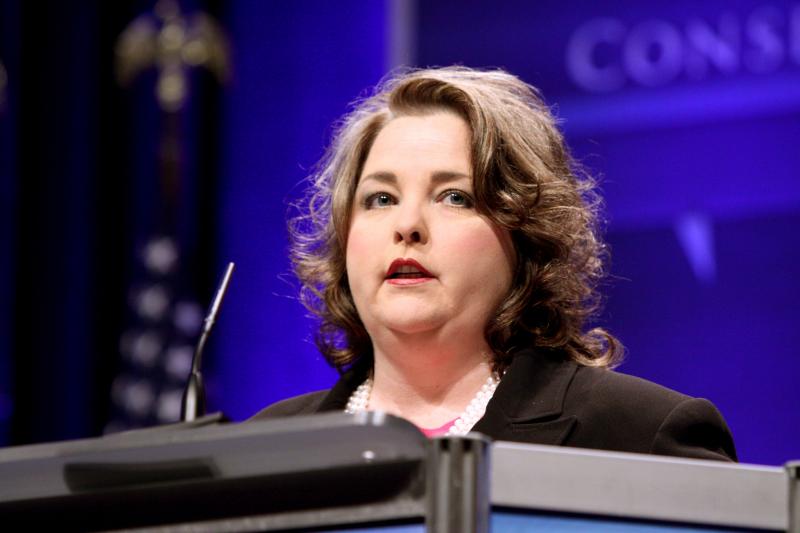 According to Crooks and Liars, Amy has “had it” with the “disconnected” Trump (OH WHUT? Is he not taking your calls, Amy? If only you’d listened to me, I genuinely tried to warn you!) who pulled his endorsement of “No” Mo Brooks to endorse Katie Britt, who is basically just Younger Girl Mo Brooks with more hair and less body armor. It’s weird that Amy got Big Mad over this, since Katie is a Woman for America First, just like Amy’s group who also blocked me on Twitter. Maybe Amy is jealous that Trump is still taking Katie’s calls and still knows who Katie is. Amy should know that Katie will eventually get the Trump treatment too, just another woman he used for his own personal and political gain and then forgot about when she ceased being of use.

I can’t imagine what you might be referring to, Bill 😏#AmyKriminal pic.twitter.com/c7eqw1yl42

Anyway, Katie Britt beat Mo Brooks in the primary and now he’s taking his Nazi toys and going home. Meanwhile, Amy actually broke from her imaginary Boyfriend Daddy a did a criticism of her former Dear Leader.

Trump’s tweet from 2019. Today, Amy Kremer, Women for Trump founder, slammed Trump. The Jan 6 rally organizer, founder of Women for America First, said Trump is “disconnected from the base.” pic.twitter.com/eMRBEckKQA

Amy said of her former high school locker pinup: “Donald Trump is disconnected from the base. … It’s time for those of us in the movement to get back to basics, back to our first principles. … We were here long before President Trump came along, and we’re going to be here long afterward.” OOH SICK BURN, KREMER!

Hey @ex_gop1 it looks like Amy is bigly mad at Dear Leader. This can't turn out well.

Unless she’s trying that negative attention thing with Donny–which has been known to work on him pretty well–Amy shouldn’t sit by her cell phone waiting for him to call. She should be figuring out how to stay out of a jail cell instead.